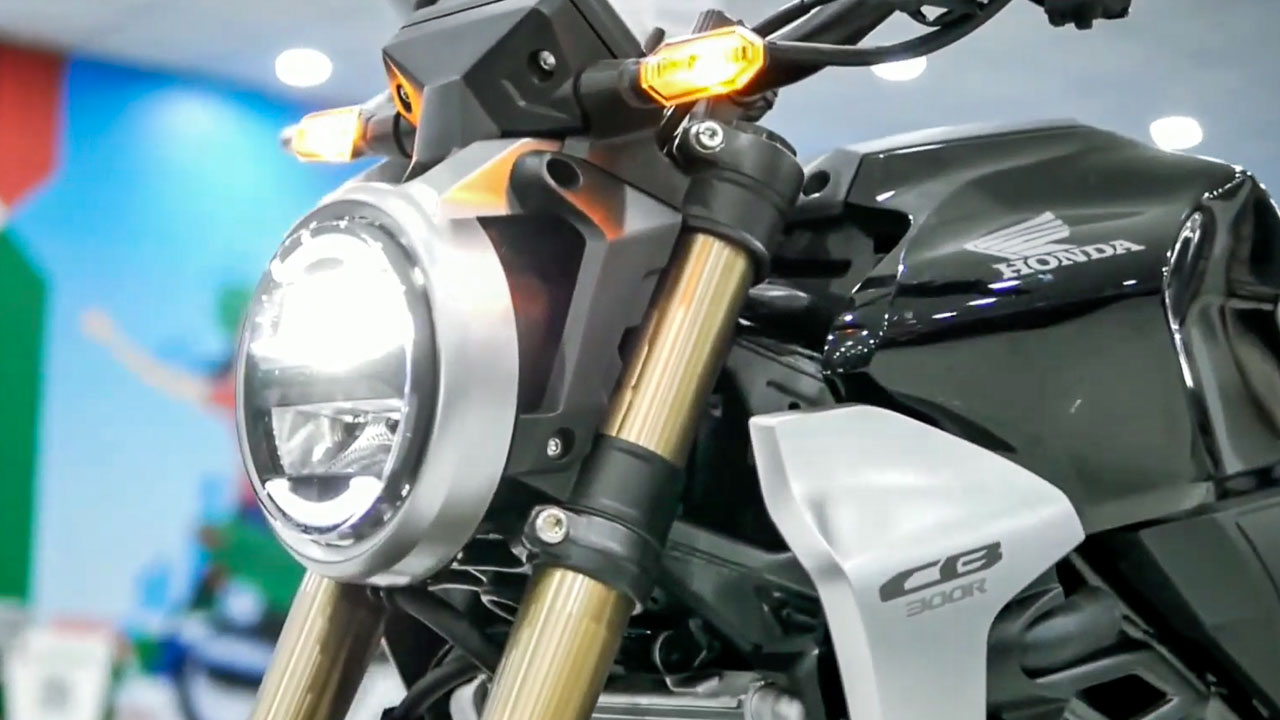 Unlike the BS4 model imported as CKD, the new Honda BS6 CB300R will be manufactured locally

With a growing preference for 200cc-500cc motorcycles, Honda will bring back its popular CB300R. The launch is slated for January 2022. It will be the smallest capacity bike in Honda’s line of big bikes in India. The CB300R was launched in 2019, but was scrapped when more stringent emission standards came into effect.

The new CB300R continues with the blackened look and feel. This theme is evident with the blacked out parts such as the headlight housing, engine, frame, and alloy wheels. The exhaust comes in an exciting contrast of black with chrome accents.

The color options may be updated for the new Honda CB300R. The BS4 model was available in Candy Chromosphere Red and Matte Axis Gray Metallic color options. Another key change could be a new LCD multifunction meter. It could be a lighter and thinner unit than the BS4 model. A new range of Bluetooth connectivity features could also be offered.

The responsive, rev-free profile of the engine ensures that it can meet the needs of daily urban journeys and highway cruising. The engine is equipped with a counterweight, which further enhances the overall driving experience.

The bike uses a light but strong steel frame, integrated with USD forks up front and a single shock rear suspension. It has 17-inch wheels at both ends, shod with 110/70 front and 150/60 rear tires. Braking functions are provided by a 296mm disc at the front and a 220mm disc at the rear. Dual channel ABS is standard.

Much like its predecessor, the new Honda CB300R will be sold through the company’s Big Wing outlets. It will have better reach now, as Honda works to expand the Big Wing dealer network across India. It’s part of the company’s plan to aggressively target the mid-weight motorcycle segment.