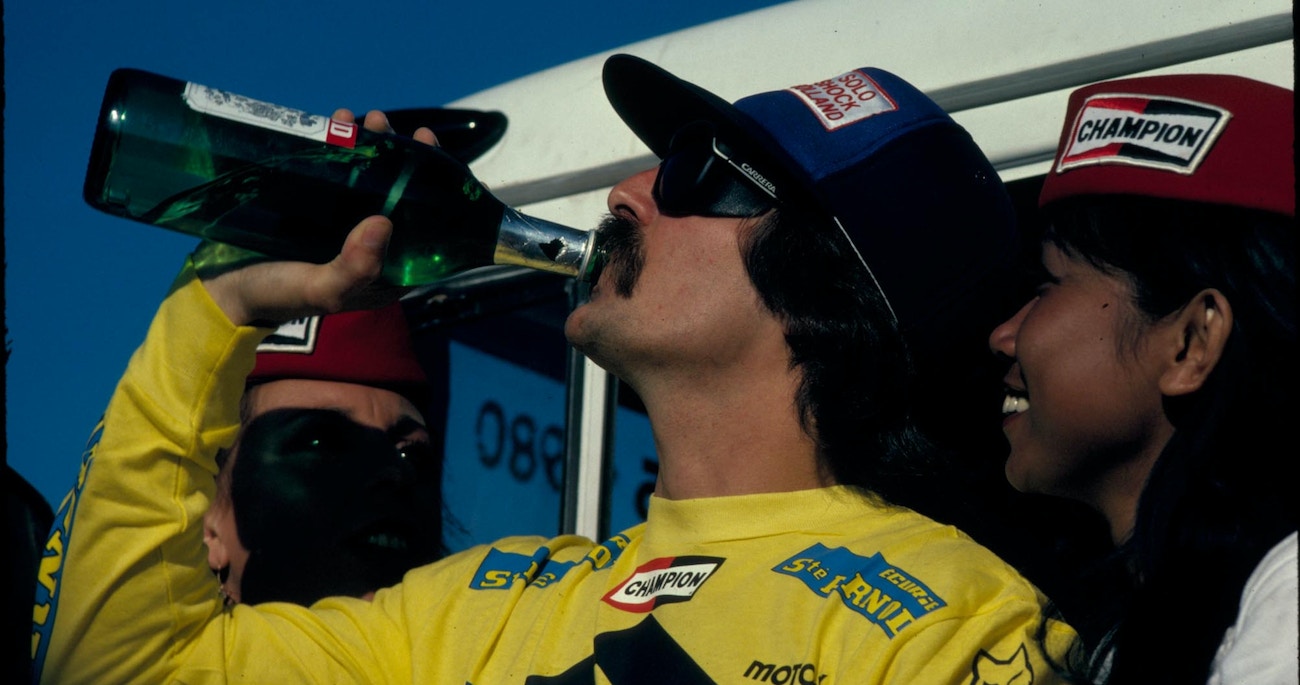 Brad Lackey holds a special place in the history of American motocross riders. He raced and won many races in the United States and even won the National 500 Championship in 1972. However, the most significant part of his career was in Europe where, over a ten-year period, Lackey raced for several teams trying to become the first American to win a 500 GP championship. His efforts finally paid off in 1982, when he finished the job with Suzuki. Sadly, after that, Suzuki closed up shop and Lackey retired. With four decades passed since Lackey’s historic and heroic feat, we decided it was time to check in with one of America’s motocross heroes for this edition of Where Are They Now.

Rider X: A lot of time has passed since you won the 500 World Championship in 1982. Tell us about your general timeline since then.
Brad Lackey: Yeah, 40. After this championship, Suzuki abandoned its racing program. My contract was only for two years, and it was over anyway. It was a great year for Suzuki; they beat Honda for the first time in a long time. They hadn’t even been in the 500 class for five years, and when they came in, in ’81, it was kind of a development year, and they won in ’82. Suzuki finished first and second in the 500 World Grand Prix and won the Constructors’ Championship. They were really happy. But it was a giant recession year, and everyone was broke. All the teams have gotten really small, one or two riders, except for Honda. So Suzuki bailed out and I didn’t do a lap. I couldn’t really go back to Honda, I guess I could have gone back to Kawasaki, but they had no money. Nobody was really doing anything, so I retired as a champion. I think I was the first to do this. Guess you could call it semi-retired because I raced the Carlsbad Grand Prix in 1983 just to get the #1 plate on the bike in the US and take pictures.

After 1983 I kind of bought Harleys and started doing Harley rallies. Then I got into the Harley rally t-shirt business and did the Hollister rally for seven years as the official t-shirt, and did the Las Vegas bike fest for ten years as an official t-shirt. I was printing so much that I bought all the equipment and started Bad Co screen printing. I did that for a while and sold the company five or six years ago. I kept some of my best customers, and now I have someone else print the shirts for me, and they ship directly to customers. I don’t even touch them anymore.

Benefits of a hard money loan from MooreSuccess Inc.