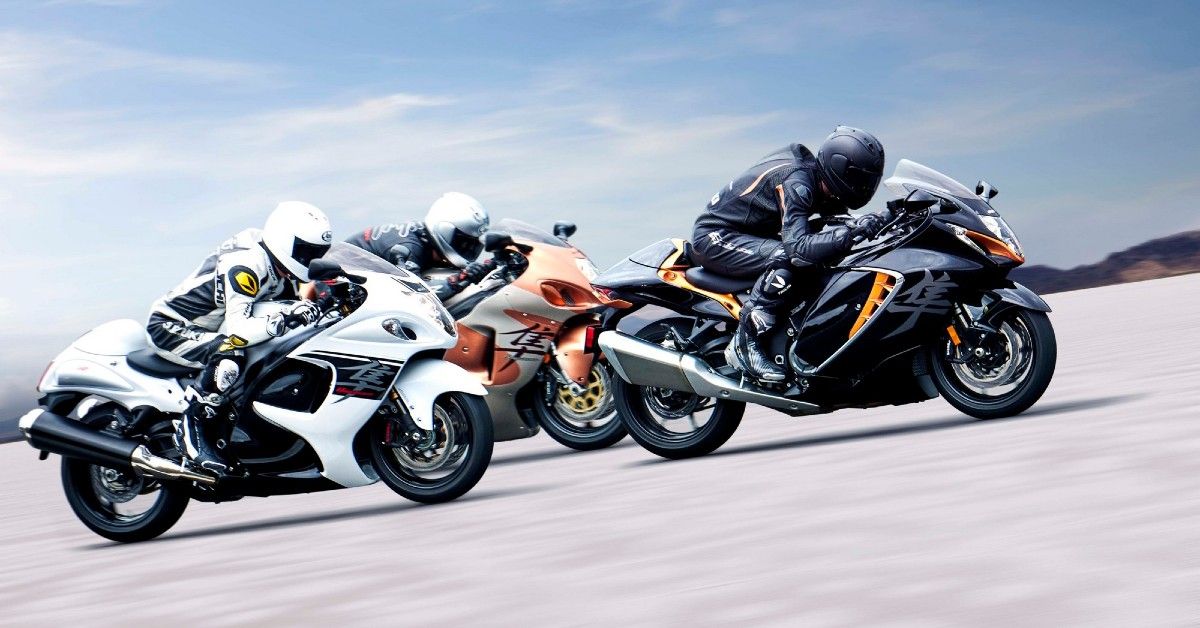 When Suzuki released the Hayabusa in 1999, it was the fastest and most powerful motorcycle the world had ever seen.

It wasn’t necessarily revolutionary, it wasn’t the most sophisticated and it certainly wasn’t the prettiest, but it was fast. Suzuki simply applied the age-old tradition of adding displacement. At 1.3 liters it was the biggest sports bike on the market and made a huge impression on the public.

It quickly gained a reputation as something of a motorcycle hooligan and thus became something of a cultural icon. It has since left that past life behind and has been developed into a smoother, friendlier bike that everyone can enjoy.

Related: 10 Things Every Motorcycle Enthusiast Should Know About The 2022 Suzuki Hayabusa

The first-generation bike is a wild machine with no safety features. It’s an absolute beast that takes a second to start, then goes on and on.

60 mph will go up in about 2.5 seconds (depending on weather and your weight), a quarter mile in about 10, and it will continue until it reaches its top speed of 190 mph. From the year 2000, the top speed was limited to 186 MPH in accordance with a Japanese mandate for all local manufacturers to limit their top speed.

By looking on the used market, you can find bargains and real death traps. These bikes have been used and abused in their day, so it will take a discerning buyer to find a bargain, but they do exist.

You can also always buy it new, because, you know, Suzuki. It’s also quite affordable at under $20,000, especially considering its incredible capacity and power.

It might be a little wrong to say that a bike that is technically still in production is a “classic,” but the shoe fits the venerable Hayabusa. Especially for the first and second generation.

It’s a motorcycle that has imposed a response to other brands, and although it has long since been surpassed in terms of absolute performance, it is an icon of the sportbike world.

173 horsepower was unheard of at the turn of the century, it was a bike straight from the future. This ugly design is actually quite aerodynamic, especially with the rider in full tuck.

It will maintain pretty much whatever speed you desire for as long as you desire. It has a long, stable platform that stays planted even at the most absurd speeds.

Related: Why Gotham Garage’s Custom Suzuki Hayabusa Is An Abomination

The centerpiece of the Hayabusa is undoubtedly this incredible inline 4-cylinder. It delivers smooth, linear power that will tear your arms off if you’re not careful.

It has since become the engine of choice for lightweight sports car builds, as it delivers amazing power for its size and weight.

5/10 Should consider: suitable for touring

Over the years, the Hayabusa has mellowed somewhat with little to no upgrades to the chassis and suspension.

It’s a comfortable cruiser, and while it has pretty aggressive ergonomics, it’s still noticeably more comfortable than comparable sportbikes.

In an almost comedic twist, the most powerful bike on the market in the 2000s just got even faster. Scary fast. Maybe, stupid quick.

People started retrofitting superchargers, turbochargers, and even nitrogen injection on the bike. Some bikes make up to 600 horsepower, but it takes a special character to ride one of these machines.

3/10 Should Consider: A Huge Secondary Market

You don’t have to be in forced induction to benefit from modifying a Hayabusa. There is an almost endless secondary market for these bikes.

The overall design of the bike hasn’t changed much over the years, so most mods that fit the 1999 first-gen model will fit the second-gen bike.

Ultimately, the only thing these bikes are really good at is going fast in a straight line. The suspension and frame technology is straight out of the 90s, and it has nothing to do in the aesthetics department.

It was passable back then, but today, making 190 horsepower, the bike is already too powerful for its own good. You’ll find yourself tiptoeing around the corners, then doing a power-wheelie on the straights. You can tour on it, but there are better, more capable bikes for that as well.

Lots of power paired with an outdated chassis is always a risky combination. Even new bikes with updated safety features are still tough to ride.

It’s a very heavy bike by modern standards, and not something you should ever consider riding if you’re a new rider.

Honda Motorcycle and Scooter India inaugurates two new BigWings in Hyderabad Expands the number of BigWing outlets to 5 in Hyderabad!