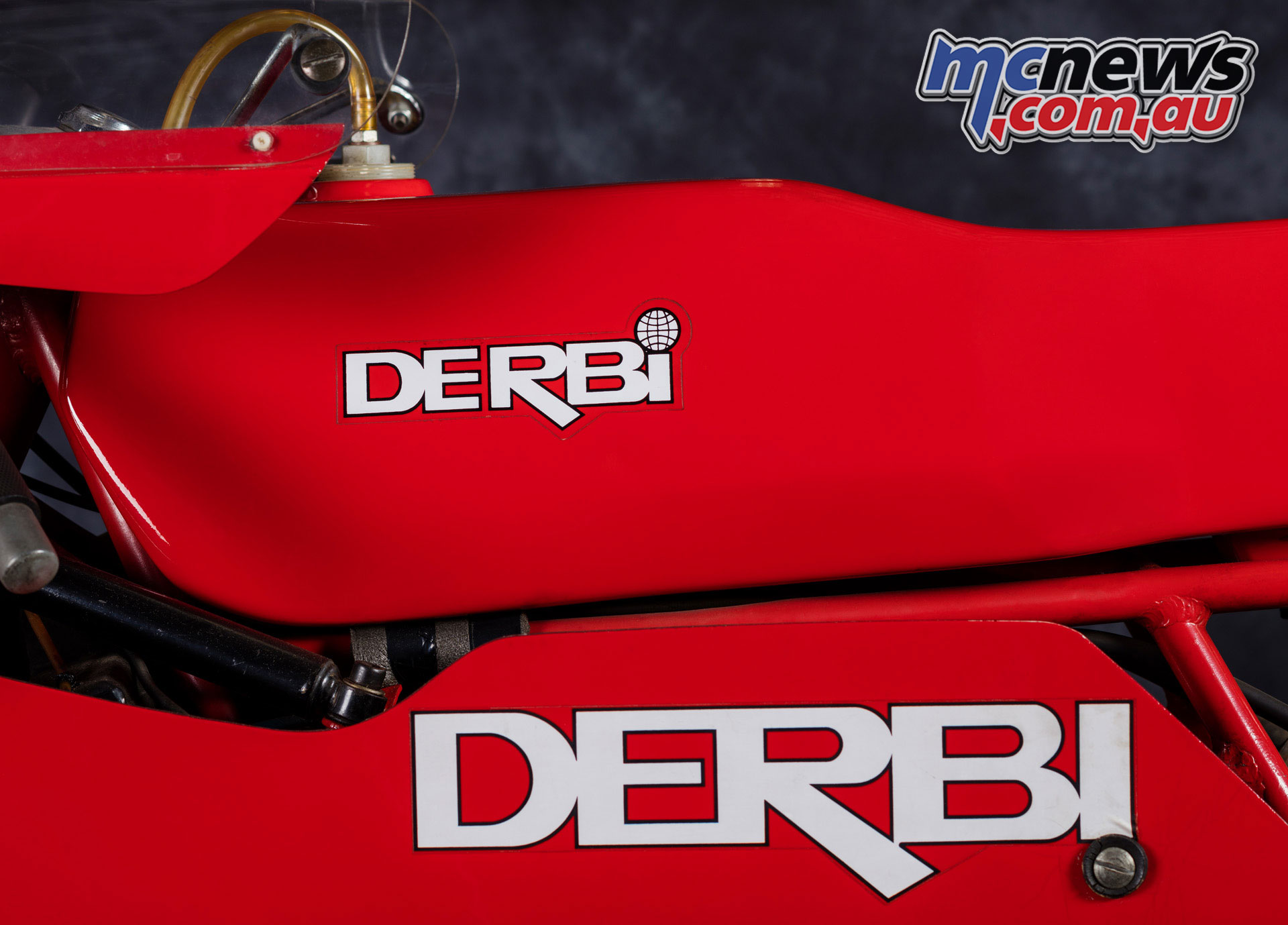 A glimpse of some rare Derbi 125 cc Grand Prix machines

I’m afraid information on these bikes is scarce, but since they’re such interesting machines, I’ll have to let the photos tell the story. First, we have an (extremely rare) example of Derbi’s first 125cc GP design.

Racing team leader and engineer Francisco Tombas (also responsible for the very successful GP 50 cc) introduced this narrow-angle air-cooled V-twin in 1967 and he competed until the all-new chilled twin. by water replaced it in 1970.

The double crankshaft design essentially consisted of two singles mounted one above the other with a common crankcase. A six- to eight-speed gearbox was used, depending on the circuit. Two 24mm Dell’Orto carburetors were installed.

In 1969 the power was 32 hp at 13,500 rpm and the 100 kg machine was good for a top speed of 215 km / h. However, the bike was not particularly successful with just one top six ranking at the GPs. Although Angel Nieto did not compete in the 125 GP category until 1970, he apparently raced this bike in the Spanish Championship in 69.

Second, we have the only surviving copy of the two 125cc water-cooled Derbi twins built for Angel Nieto for the 1970 GP season. He finished 2nd in the championship behind Dieter Braun on a Suzuki, each winning four races. It was then raced by Benjamin Grau in the Spanish championship.