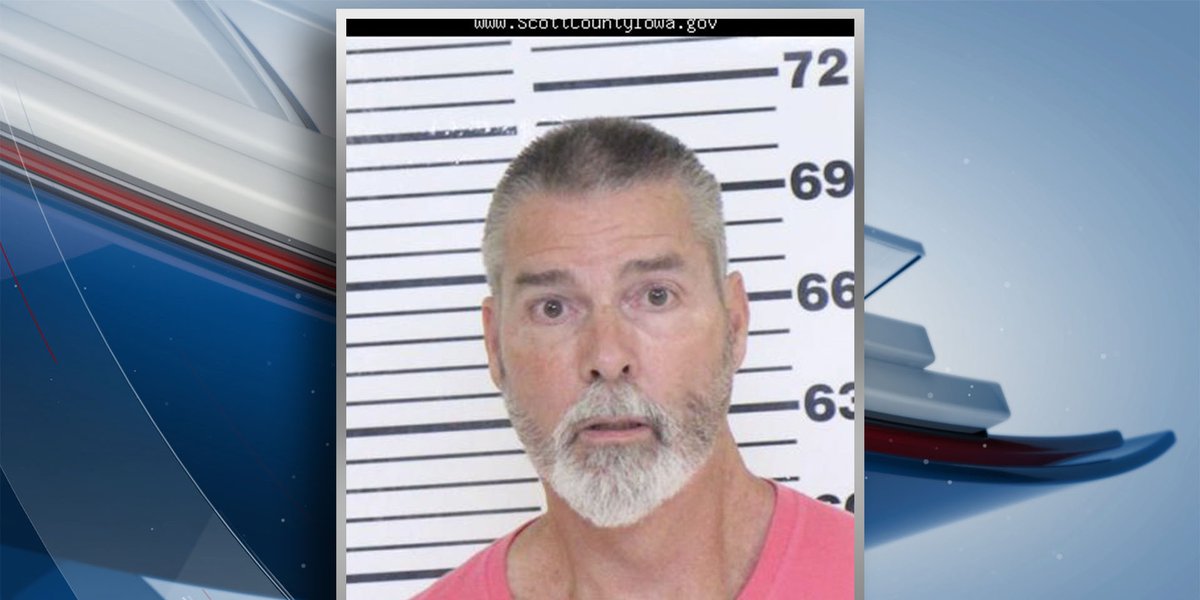 James Alan Draper, 59, was charged with reckless use of fire or explosives, a felony and fifth degree criminal mischief.

Bail was set Friday at $1,000 cash or bond. He has a preliminary hearing on September 23.

The incident happened around 7:20 p.m. Thursday, according to an affidavit of arrest.

Draper rode the sidewalk outside the Bettendorf Police Station, 1609 State St., on a red 2018 Kawasaki motorcycle.

According to the affidavit, he entered the lobby of the police department, placed several electronic devices on a carpet and beat them with a sledgehammer, causing the batteries to catch fire and filling the lobby with smoke.

Fire alarms went off in the police and fire departments.

The fire department located an electronic device battery still smoking on the flight and quickly removed it from the building, according to the affidavit.

The brief heat and fire from the shattered battery caused multiple burn marks on the carpet and charred one of the lobby floor tiles. According to the affidavit, the damage to the run and tiles was less than $300.

CCTV footage helped police identify Draper, according to the affidavit.

He was arrested several hours later and admitted to smashing the electronics in the lobby, according to the affidavit.

Countdown to the Championship Round 1