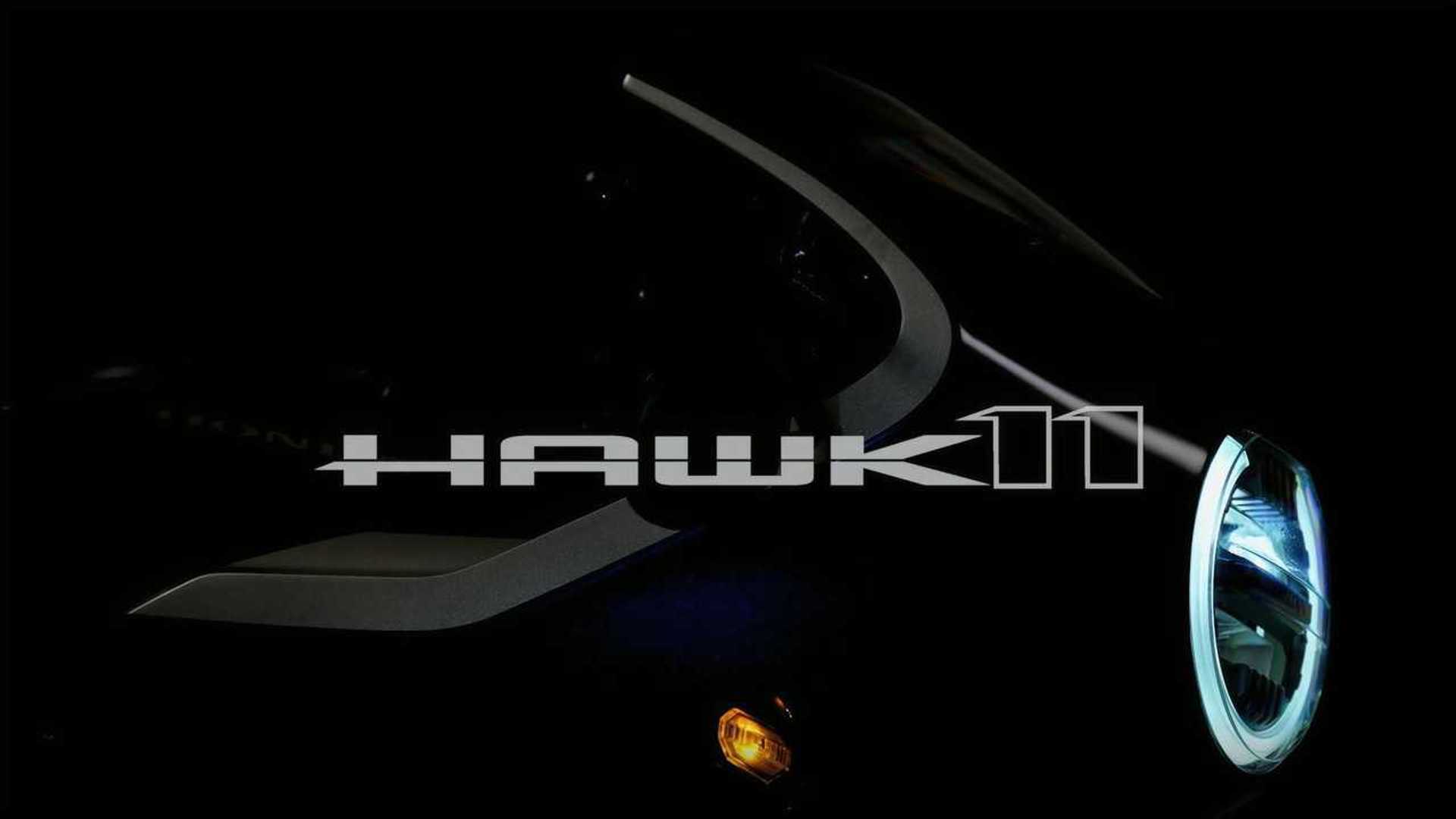 A whole herd of Honda Hawks

On February 25, 2022, Honda announced that its upcoming Hawk 11 would officially debut at the 2022 Osaka Motorcycle Show. So far, we know that the latest addition to Honda’s two-wheeled family will use the same 1,084cc parallel-twin engine that currently powers both the Africa Twin and Rebel 1100. The 2022 Osaka Motorcycle Show is scheduled to take place between March 19 and 21 – which is just over two weeks away as I write this.

If you’re new to Honda motorcycles, the name “Hawk” might not mean much. However, as many motorcycle and Honda history buffs can tell you, this is a title with a Honda history that stretches almost all the way back to the beginning. Maybe you own an old Hawk right now, or have owned one before. Maybe you grew up riding one. (If you’re me, maybe your Hawk GT 650 is staring sadly inside the garage door right now, eagerly awaiting spring.)

Either way, here’s a crash course in the history of the Honda Hawk model.

Hindsight is often an advantage – and with it we can easily observe that in markets with tiered motorcycle license structures, sales of lower displacement motorcycles are more likely to hold their ground.

Timing also plays a role, as was apparently the case with the CB72 Hawk. While that 247cc bike had plenty of charm, Honda’s choice to launch the more powerful CB77 so soon after the CB72 in the US may, in fact, have cannibalized some of its sales potential. More power for just a little more money? What would you choose?

The Cubs, while Super for Honda since their introduction in 1958, were unquestionably excellent little bikes for the daily commute. They were cuddly, yet practical—and the displacement was low enough to save new riders too much trouble. Still, if the regular CB72 Hawk was cool, then would it be better if it was Super?

A parcel better, as it turns out. The CB77 is widely recognized as Honda’s first sportbike, and it offered both greater displacement and more power than the CB72, with only a slight difference in weight (and price). Still, every little horsepower counts, especially when you’re in the double digits of horsepower.

The CB77 reportedly reached an astonishing 105mph top speed in a Cycle World test of the time (with a tailwind, on a single stroke, etc.), which certainly sounded pretty Super at the time. 305cc might not seem like a lot in modern times, but the Super Hawk regularly shook off 500s and held its own with its contemporaries.

As Honda’s star continued to rise in the motorcycling firmament, Elvis Presley also rode a 1964 Super Hawk in the 1964 film. tank top. A 1966 CB77 also played a central role in the trip that later became Robert M. Pirsig’s base. Zen and the art of motorcycle maintenance. In fact, the bike that Pirsig rode was later donated to the Smithsonian by Pirsig’s wife in 2019, after her husband died.

As Honda continued to sell its bikes in international markets, like many other companies, the same model began to earn several names according to the prevailing corporate wisdom at the time. So the CB400 series was known as Dream in the UK market and Hawk (or ‘HaWk’, and we can’t tell you why) in the US. A CB250T was later introduced as a learner bike for the UK and other markets where such a bike was needed, but it was not incredibly popular and was quickly replaced.

The CB400T came in several flavors for the US market over its lifespan. The CB400TI Hawk I was a starter-only budget option with drum brakes at both ends. If you were willing to pay a little more, you could get a CB400TII Hawk II with electric and kick starts, plus a front disc brake. The CB400A Hawk Hondamatic was equipped with Honda’s semi-automatic motorcycle transmission, which featured low and high gear with a torque converter, as well as a parking brake (!).

In 1980, Honda reduced its Hawk (Hawktions?) options to just one: the CB400T Hawk, which only came with electric start. In 1981 it had a two-piston disc brake setup up front.

Many people had Nighthawks as their first bikes, throwback bikes and/or project bikes—maybe even Dick Grayson somewhere along the way. It’s a workhorse, was a workhorse, and will continue to be a workhorse until the last Nighthawk owner ditches the last Nighthawk and finally stops servicing it. The ergonomics of the 450 also offered generous accommodation for taller riders, which is certainly not always common for smaller displacement bikes.

Although they were never the fastest or the best in any specific area, they did most things admirably well. This is why so many riders have enjoyed their time on a Nighthawk along the way. The earth-shattering CB750 superbike eventually evolved into the Nighthawk 750, which certainly wasn’t without a lot of criticism.

The Honda Hawk GT 650 was the first modern naked motorcycle – before Ducati had its Monster and before Suzuki had its SV650. However, unfortunately for Honda, it was also a case of “good bike, bad time.” Although enjoyed as classics by those of us who love them in modern times, the Hawk GT 650 was $3,995 in 1988.

Adjusted for inflation, that’s about $9,494 in 2022 dollars, which doesn’t sound too bad actually. However, as Motorcycle Classics points out, a 1988 motorcycle buyer could have purchased a CB600F—which produced 85 horsepower—for just $400 more. (As a little kid back then, I would never have bought a new Hawk GT anyway, but they’re also much more affordable now, if you’re looking.)

As with so many bikes, however, a set of numbers on paper (even digital paper) can’t tell you everything. No amount of quality alone makes a great bike; it’s about striking a balance between a vast array of elements, all working together to give you a memorable and enjoyable driving experience.

In the rest of the world the VTR1000F was known as the FireStorm, but in America it was the second coming of the Super Hawk. As with most families, however, a lot has changed between the CB77 era and the VTR1000F era.

This new member of the herd took serious inspiration from the only other sporty V-twin in the group, the Hawk GT 650. The aluminum twin-spar frame and overall layout of the narrow, nimble, 90-degree sporty V-twin clearly had their roots are in the 650. Yet while you could certainly see that they were related, you would never mistake one for the other.

This particular Super Hawk was, indeed, Great— at least, according to the biker journalists who rode it at the time. Sure, it wasn’t meant for heavy trail use, but tearing up the corners would have been a real joy. Did this Super Hawk fly away? It certainly sounds like it is.

With all of this in mind, what will Honda bring us with the introduction of the Hawk 11? Luckily, we won’t have long to wait and see.