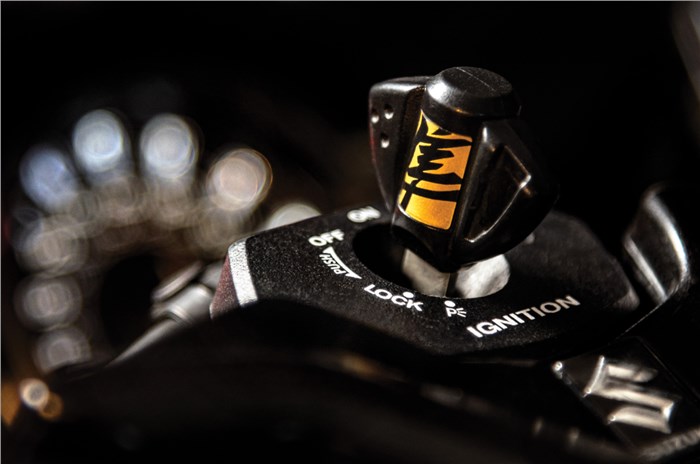 At the wheel of the mythical Suzuki Hayabusa 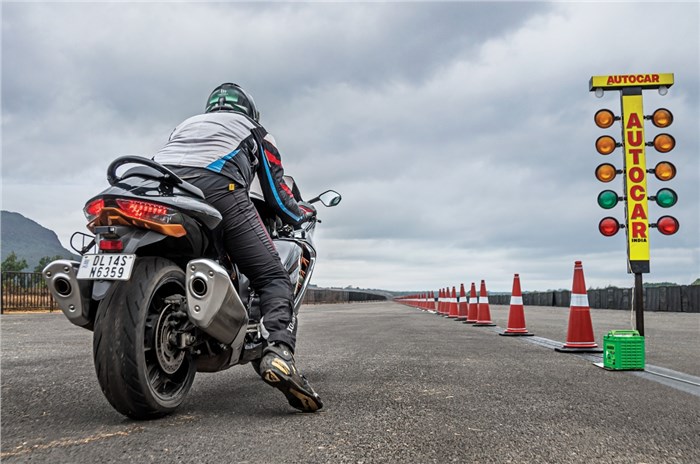 In pursuit of speed and flex time with the new Suzuki Hayabusa.

No one tries to be a Hayabusa anymore. No one says it out loud, but I’m sure everyone wants to be one. I can’t guarantee it, but it seems obvious. It’s human, after all. We spend a lifetime trying to be memorable – at least those of us who think about it. Almost all of us also fail. The Hayabusa has already lived two lives and it is in the third that we exist. There may never be a fourth, if this asteroid does hit. And yet he will still be alive. It’s the fastest production motorcycle in the world, although it stopped being one nearly 15 years ago.

Chronokinesis comes from science fiction – my least favorite kind of story, I have to say. In a way, science fiction has never managed to inspire or fascinate me, and so I shouldn’t claim to know much about the term. If I were to take my honesty one step further, I would have to admit that I hadn’t heard of the term until an internet search brought it to my attention. 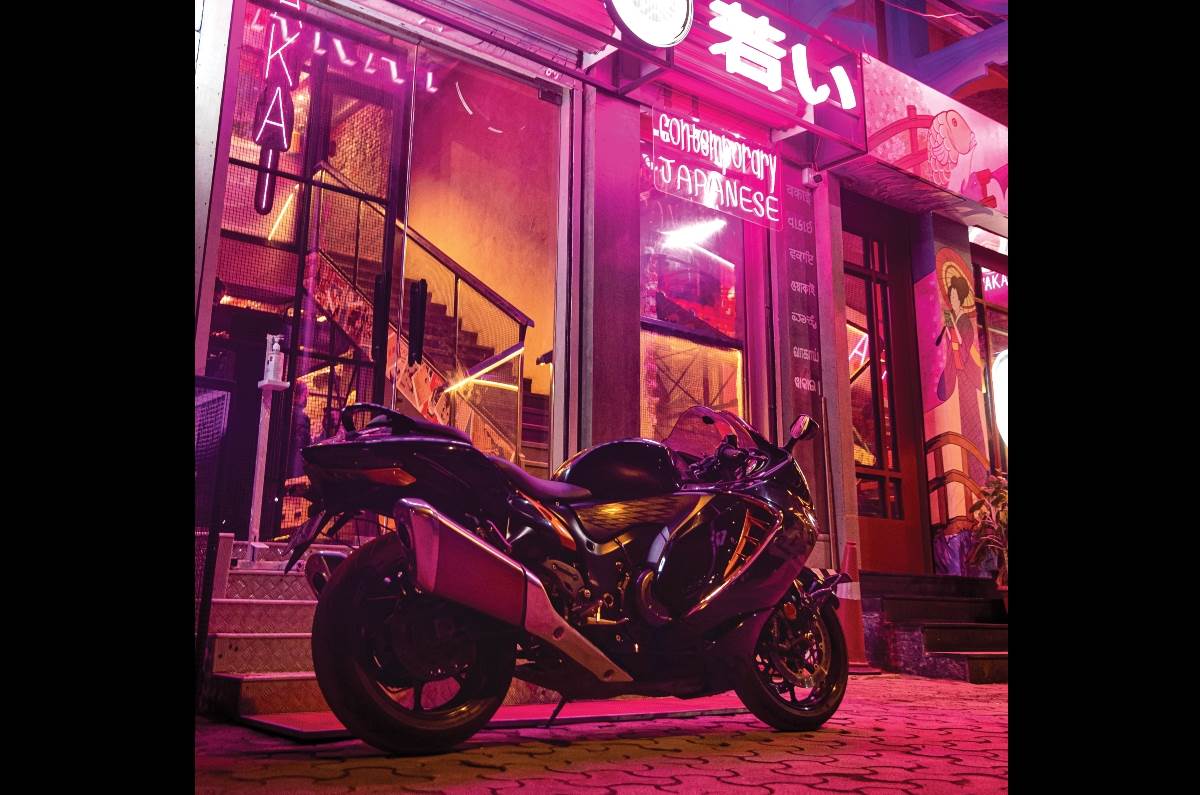 According to the Marvel Fan Database, chronokinesis is “the ability to mentally alter time.” Those with chronokinetic powers, the website says, can “time travel, control a subject’s speed of movement, slow enemies, and speed up.” Because some people take this stuff very seriously, he goes on to state that “this ability can also include manipulating space in accordance with the space-time continuum.” Among those with chronokinetic powers, however, are a trophy with a cog sticking out of its head (called Tempo, by the way) and a kind of radioactive potato called Doop. It’s boring, this Marvel business.

You should see how quickly the Hayabusa goes from standstill to 200 km/h. Suzuki claims it takes 6.8 seconds, but that’s no ordinary 6.8 seconds. You can’t equate 6.8 seconds of time spent eating or working – like some of us do when imagining what three, five or 10 seconds of acceleration must feel like. There is no substitute or simulation for how a Hayabusa accelerates. Just be there and experience it. We can’t all, of course. But we can all want to, right?

The Hayabusa is to motorcycles what Ferrari is to two-door coupes. Familiarly, at least. I first saw one in 1999. Four of them, actually, wrapped in cling film in a garage owned by my dad’s friend. A few months earlier, I had seen it in a magazine edited by Roland Brown. That it was already on our side of the ocean so quickly was beyond belief. Chronokinesis, perhaps? The years that followed saw the name crop up in typical childhood conversations involving liberal exaggeration. Someone’s uncle owned one. Someone sat behind one. Someone claimed to know a statistic that was anything but true. Yet the name has lingered. Then Dhoom arrived. Now everyone knew everything there was to know about the Hayabusa. The list of memorable motorcycles at the time was small and rather easy to remember. RD350, RX100, CBZ, Pulsar, Karizma, Hayabusa. 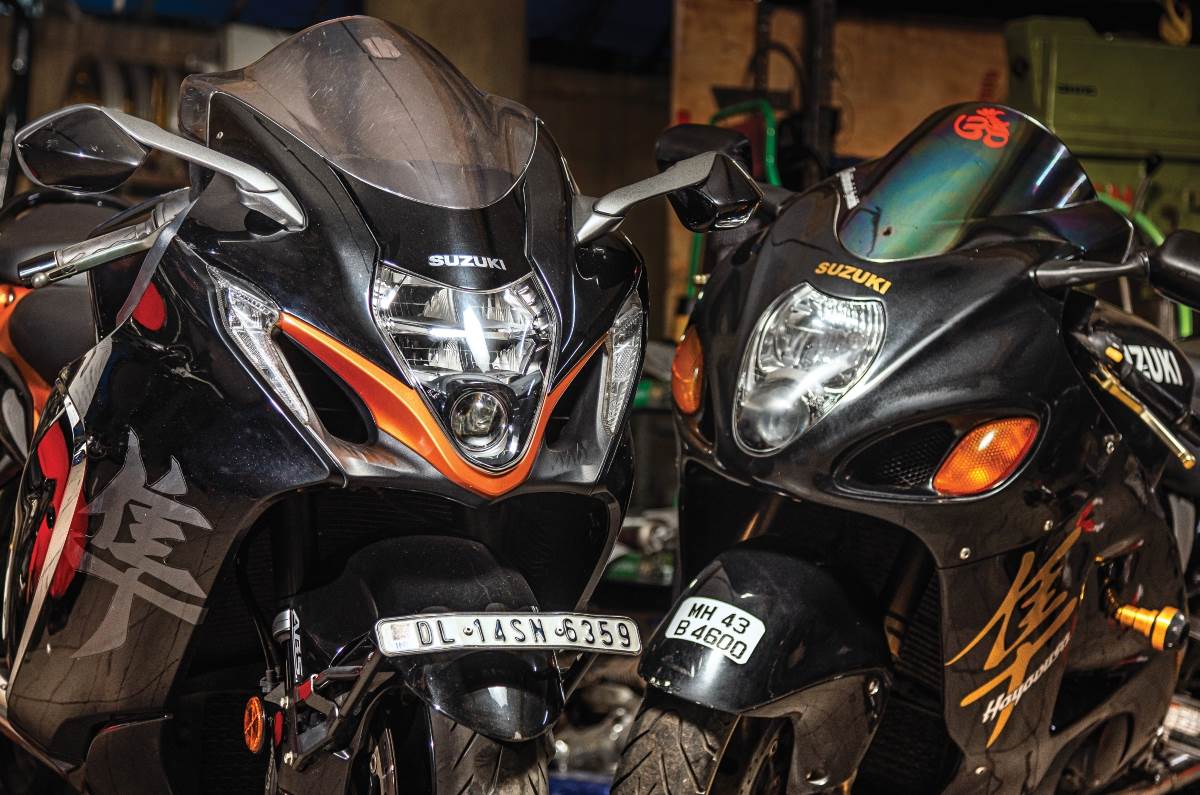 The one who dared to dream, with the fastest (production?) inheritance custodian in the world.

I rode one – the first generation – about five years ago. Suffice to say that I had achieved my first (and last) 320 km/h barely 20 minutes after meeting him. The Hayabusa isn’t just about speed – it’s about easy speed. It is this relaxed simplicity that elevates it to a level that makes it unmistakable. For someone with a new taste for archaic bikes, the Hayabusa looks like the most aerodynamic reality test in the world. Fortunately, I’m past the point where I believed it was possible to objectively assess a Hayabusa. Right now, the Hayabusa is just throwing sensations at me, finding out how much I can really handle. Most of them feel like hearty laughs, some like punches, squarely in the nose.

My initiation to the new Hayabusa was made of rapid transitions. From the morning of an unseasonable downpour (a powerful irritant, even for a rain-lover like me) to keeping its pointy end facing a barren airstrip, a lot has happened in a curiously short amount of time. I had just switched from ‘B’ mode to ‘A’ mode with no restrictions and had already lined up on a Christmas tree, the kind you only find at the rubbery end of a track of acceleration. The revs held up to a menacing 8,000 rpm, thanks to launch control, waiting to find someone brave enough to dump the clutch. It wasn’t me, that’s for sure. The “softer” launch at 6,000 rpm was intense enough for me. A very quick prayer and a million checks later, I was the fastest sub-400kg mass in the world. Well, the Hayabusa alone weighs 266 kg. 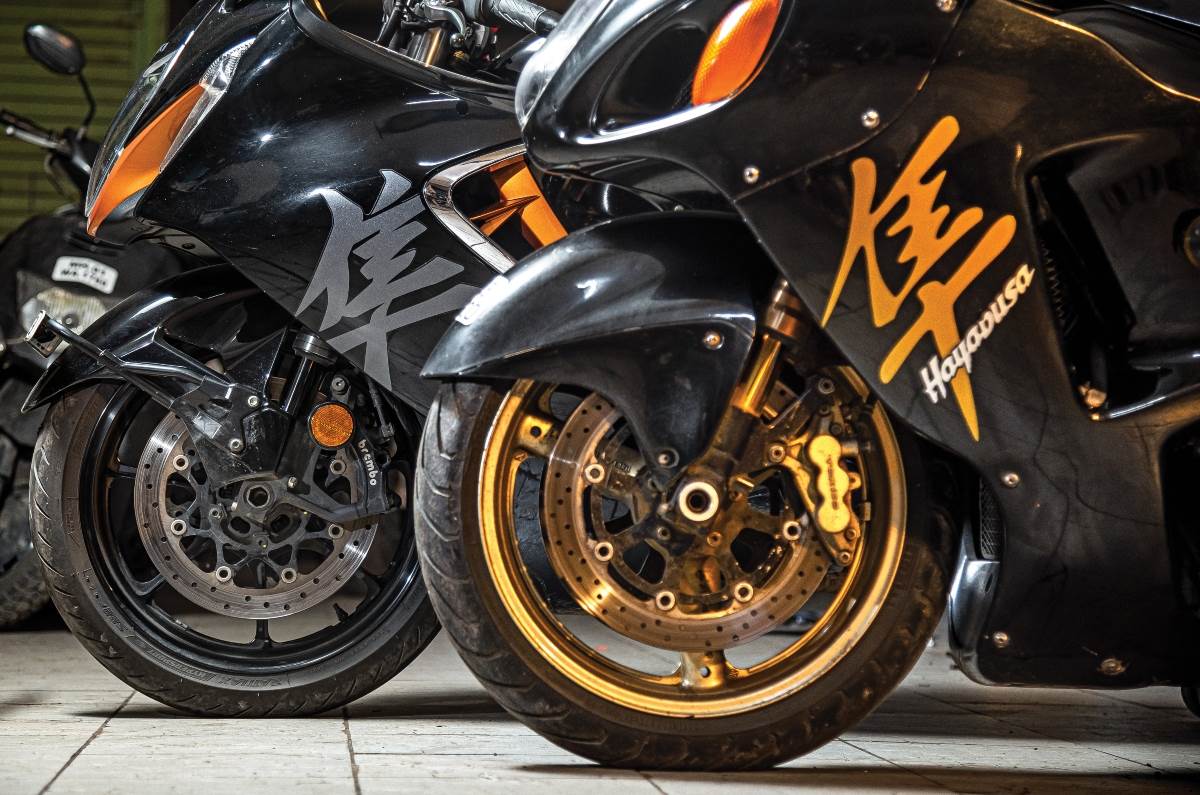 The only piece of Japanese universally understood by motorcyclists for over two decades.

The master of time

It’s not the fastest motorcycle in the world; it’s probably not even in the top five. There is, however, something “organic” about the way a Hayabusa accelerates. It is also one of the few motorcycles on which you can “feel” the aerodynamics. The Hayabusa is no featherweight and, despite the volume that has gone into building the current generation, there is very little trickery and absolutely no gimmicks. Everything there is there to get you going fast – with as little effort as possible. First gear takes you up to 140 km/h; I know because I tried every day I was there. Oh, and if you thought you might run out of excuses to go 200 km/h, you should drive a Hayabusa. It doesn’t numb 200 km/h as you’d expect, but that doesn’t feel like a feat either. 200? 250? 280? Chomp, mug, mug… 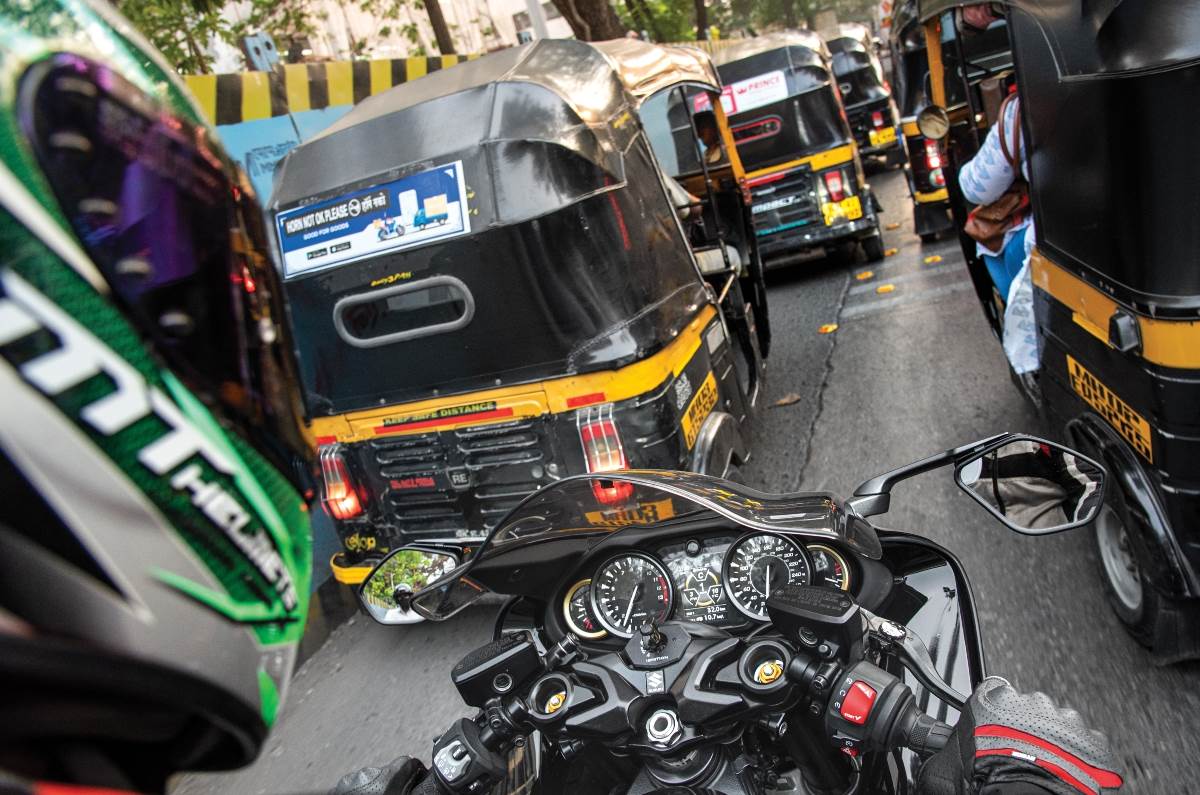 The Hayabusa is a breeze and surprisingly fun even when the analog hands remain vertical.

Context calibrates even better when it meets the first of its kind – the original. The newest of these is also a Hayabusa, but there is an irreverence to the original that today’s standards shamelessly eliminate. It’s not just the lack of ABS – or any electronic assistance whatsoever – on a 200mph bike, it’s that its visual identity far eclipses its aesthetics. It’s big and ugly to some, and uglier than big to others. Design conformity has never been Hayabusa’s thing. The most aerodynamic joke in the world? Sure. It’s hilarious, but the joke is still on everyone.

Oddly, the only thing I really wanted to do with the Hayabusa was drive it around the back streets of Bandra. Part was nostalgia – these are the ways I spent my college years, part was just seeing the Hayabusa as others would. Blurry glimpses of something big. You could hear him come and go, but for barely a full second he would be there, before your eyes filled with disbelief. It helps that the bylanes I’m talking about are the narrowest of their kind, requiring healthy steering inputs and a very light hand on the throttle. The Hayabusa fills those lanes — miraculously, wide enough for auto rickshaws and even SUVs — substantially. About 12 years ago, I was leaning against the very wall you’ll see in one of these photographs. It was well after midnight and it had been a typical evening of celebration for that time in my life. I was 20, my bank account was dry as the desert, and the consequences of everything I did only lasted until the end of this day. Or so I thought, at the time. 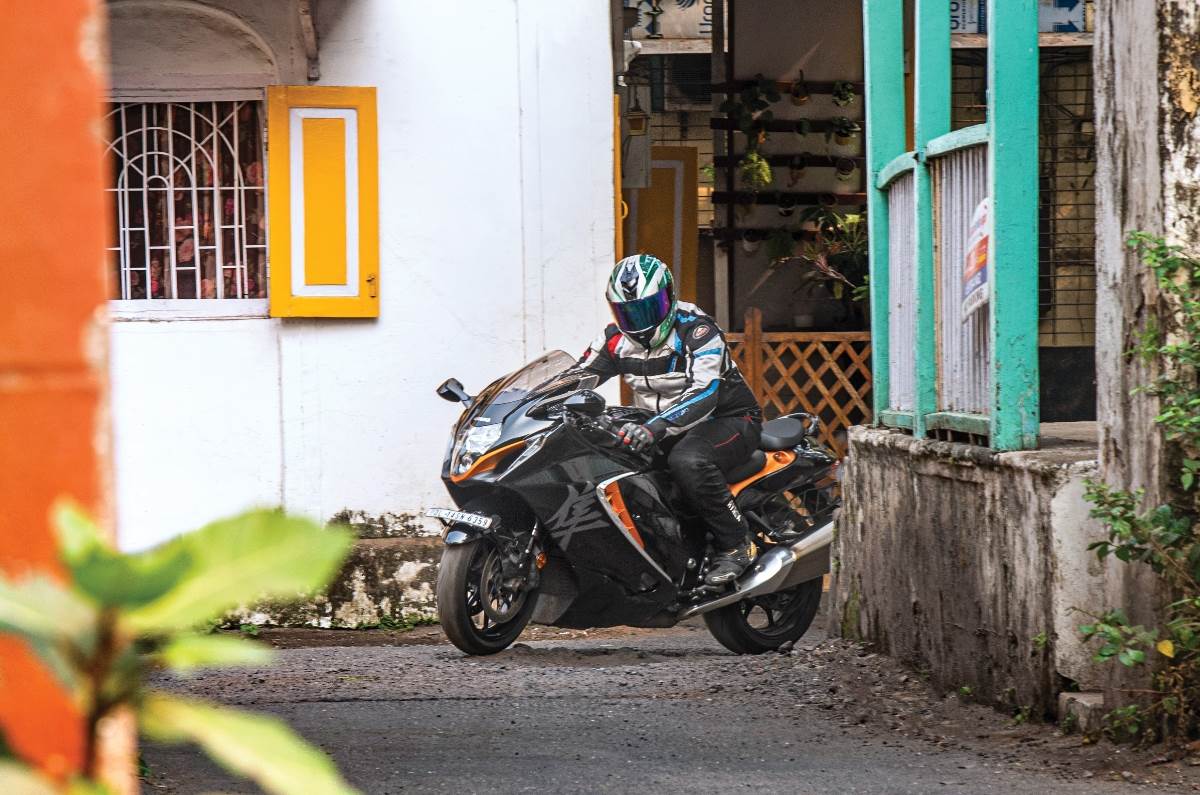 It may not look like it, but riding through narrow lanes is easy on the ‘Busa.

Twelve years later, I found myself there – or had I always been there? Chronokinesis, see? However, I am now 32, my bank account is still dry and, curiously, simple gestures like bending over to tie my shoelaces have lasting consequences. The last time I came here, however, I was at the start of a career in automotive journalism. There were no signs that it was going to last that long – despite my best attempts to compromise it – and even if I had known, I doubt I would have had the ability to do anything differently. . Or better, most definitely. Maybe this passage of time was just an illusion. Is our reality someone else’s fiction? Isn’t that possible, especially since the universe is bigger than we like to believe anyway? How long do we have until this asteroid hits? Oh, that reminds me it’s time to go 200 km/h again.

We would like to thank Rohit Bhandari for bringing his magnificent first generation Hayabusa and Yogi Chhabria of YC Design for helping to bring this story to fruition.