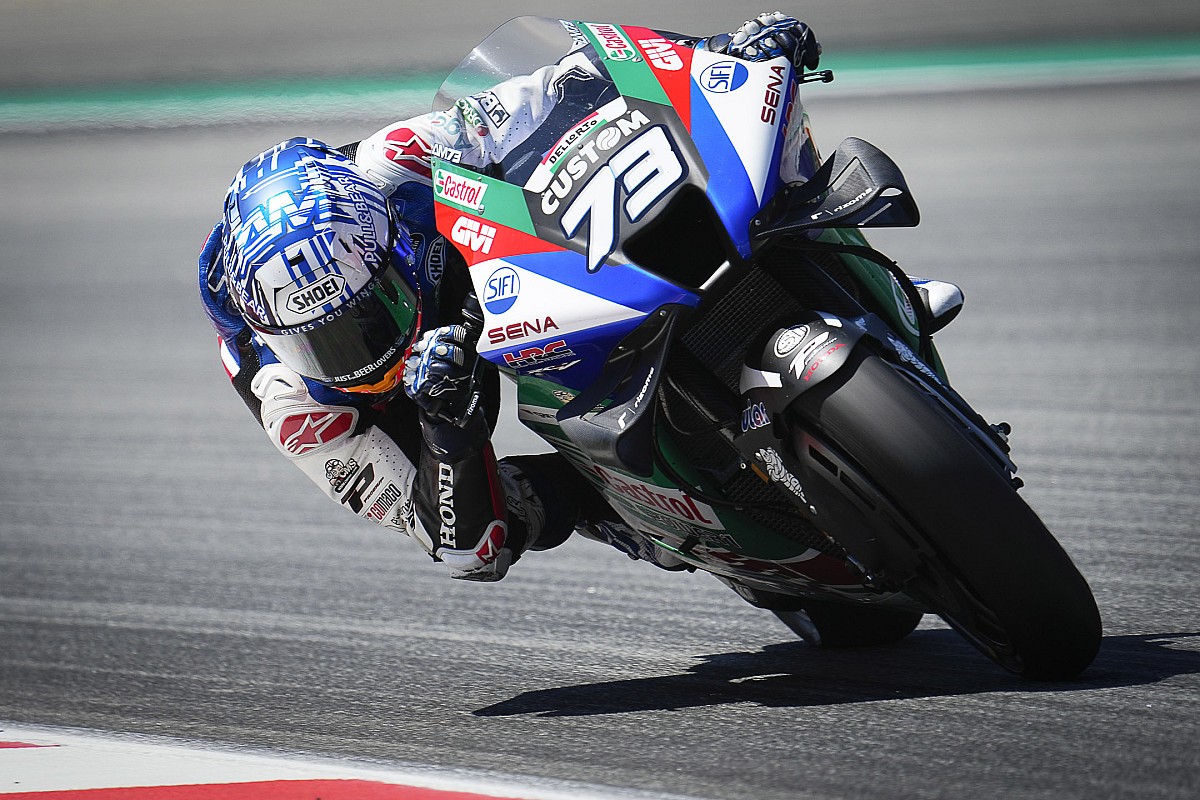 Marquez had a serious accident during FP4 on Saturday and suffered a mild concussion, which prevented him from participating in qualifying.

Despite being cleared for Sunday’s race, the LCR driver had to start last on the grid but took the checkered flag in 10th position.

With Marquez’s future in MotoGP uncertain at LCR and Honda, he admits every result is now “important” to him.

“Excellent, no. We are far from excellent,” he said of his run.

“It was good, not great. We more or less saved on the weekend, we saved starting from the bottom of the grid.

“That’s it. I tried to deal with the soft rear tyre, which for me was the only choice I was considering using for the race.

“HRC came to ask me 100 times if I was sure, Michelin, everyone.

“I was pretty sure because with the medium and hard it was impossible to ride the bike at the entrance.

“That was the only point to get it. So we spared a really difficult weekend.

“Every result is now important for my future, for everything.

Nakagami had to be hospitalized overnight after hitting Bagnaia’s bike with his face, but was not injured.

The Japanese rider’s place at LCR is also under threat for 2023, with Moto2 leader Ai Ogura in line to take his place.

Jack Miller had been tied to Marquez’s LCR seat for next year, but is now set to join the factory KTM team.