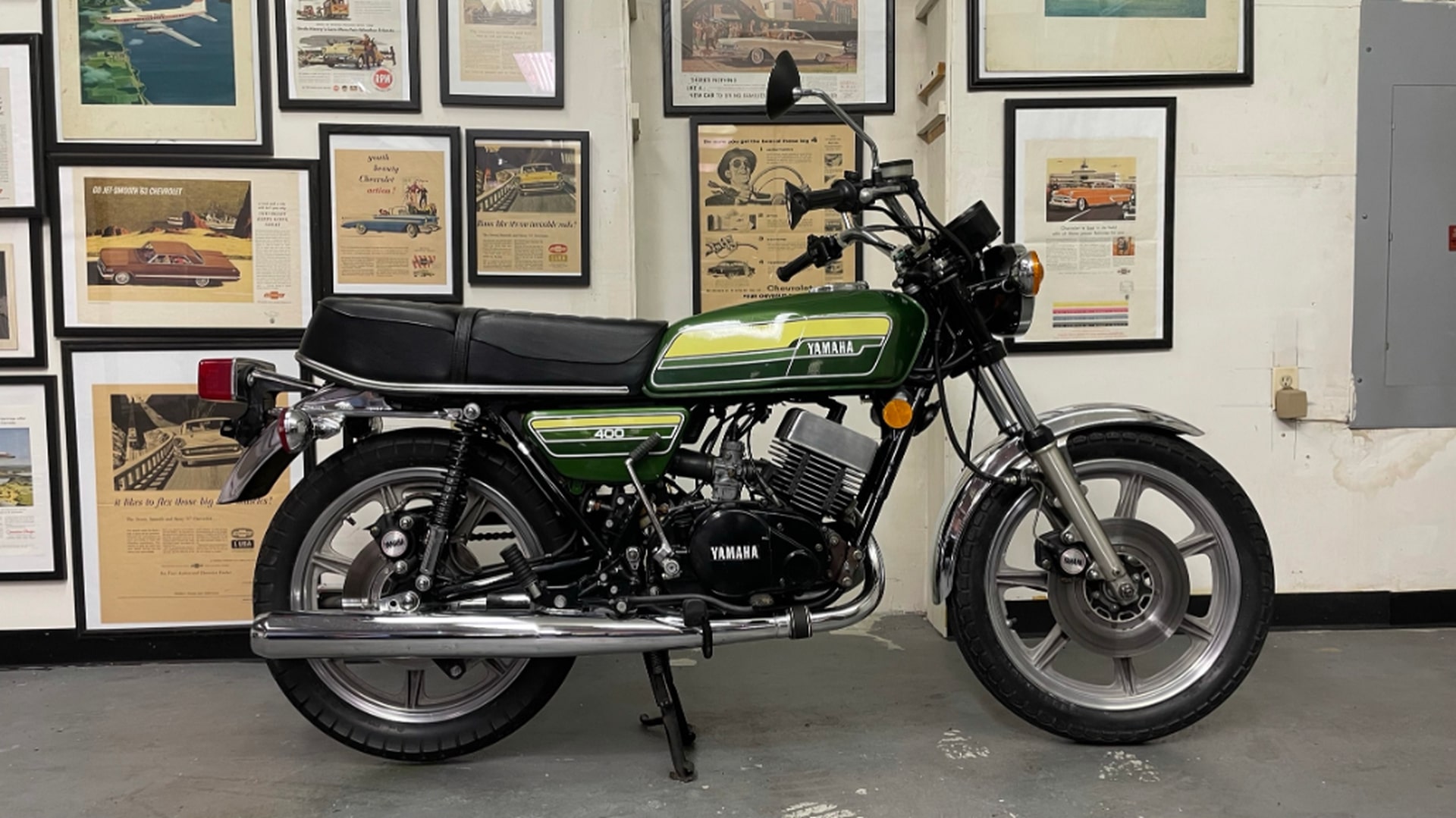 Riding that crisp two-wheeler may earn you disapproving looks from environmentalists, but it’s well worth it.

It’s a shame that strict regulations and emissions standards have plunged two-stroke road bikes into oblivion. Despite their inherent flaws, there is a certain flamboyance of these types of machines that will delight just about any rider’s heart, and we are totally intrigued whenever a pristine two-stroke motorcycle appears at auction!

With that, we take the liberty of presenting to you a sublime 1976 Yamaha RD400C with less than 3,400 miles (5,500 km) on the odometer. As you may have already noticed, this tasty piece of antique machinery is in mint condition, which makes sense considering it has barely been put together.

When it comes to its technical specifications, the Pearl of Yamaha derives its power from an air-cooled 398cc parallel twin, featuring twin 28mm (1.1 inch) Mikuni carburetors and a compression ratio of 6. , 2: 1. The two-stroke engine is linked to the chain-driven rear arch via a six-speed gearbox, and it will gladly produce up to 44 hp and 30 lb-ft (41 Nm) of torque when pushed to its limit.

Weighing 377 pounds (171 kg) in wet conditions, the RD400C can cover the quarter mile in 14.1 seconds, before reaching a top speed of 107 mph (172 km / h). The creature’s suspension consists of telescoping forks and two preload-adjustable shocks, while braking functions are handled by 267mm (10.5in) solo discs at both ends. Finally, the classic Yamaha gem has a fuel capacity of 4.3 gallons (16.5 liters).

If you would be intrigued to see this unscathed ’76 MY RD400C parked in your garage, we encourage you to head over to the BaT (Bring A Trailer) website as soon as possible, as the Japanese Relic is up for grabs. The auction deadline is January 7, and you’ll need to spend around 8,000 bones to beat the highest bid, which is currently on record at $ 7,600.