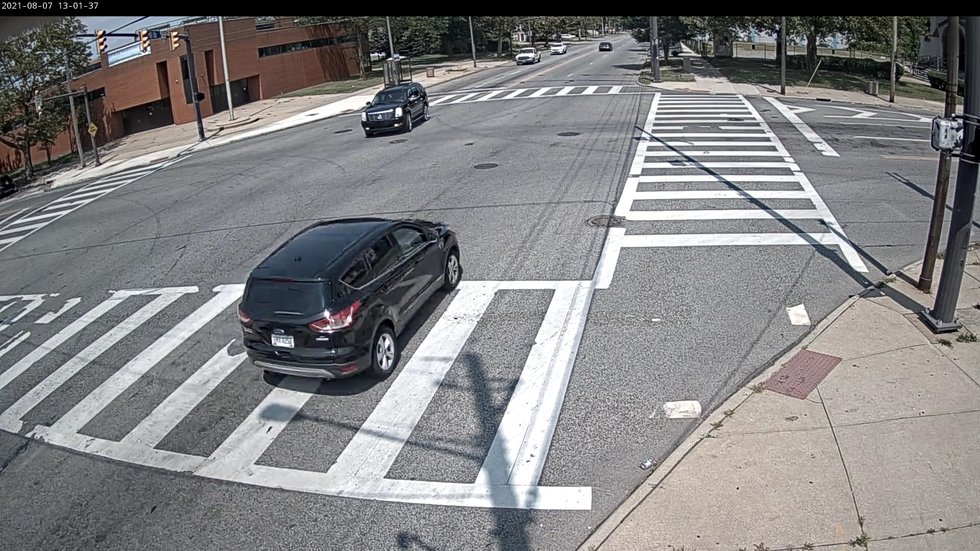 The individual involved, a police spokeswoman said, is cooperating with the investigation.

The biker, who has not yet been identified, was pronounced dead at the scene.

“I have never seen anyone leave this land like this,” said a witness.

At around 1 p.m., a biker on a Kawasaki motorcycle was heading west on Woodland Avenue when he lost control and was thrown from the motorcycle, Cleveland Police said. A dark SUV was heading east and the motorcycle may have been thrown on the driver’s side.

People close to the crash site described the frantic and confused moments that followed the impact.

It is not known what caused the motorcyclist to lose control.

The unknown SUV may have stopped briefly and then left the crash site heading east on Woodland Avenue, through the Hanini gas station parking lot, then heading north on East 55th Street, according to the report. Cleveland police.

Several witnesses said accidents are not uncommon in the region and want further safety changes to be enacted soon.

â€œPeople drive like it’s the Indy 5000,â€ said a third witness. “They have to do something about this street because, as you can see, someone is dead.”