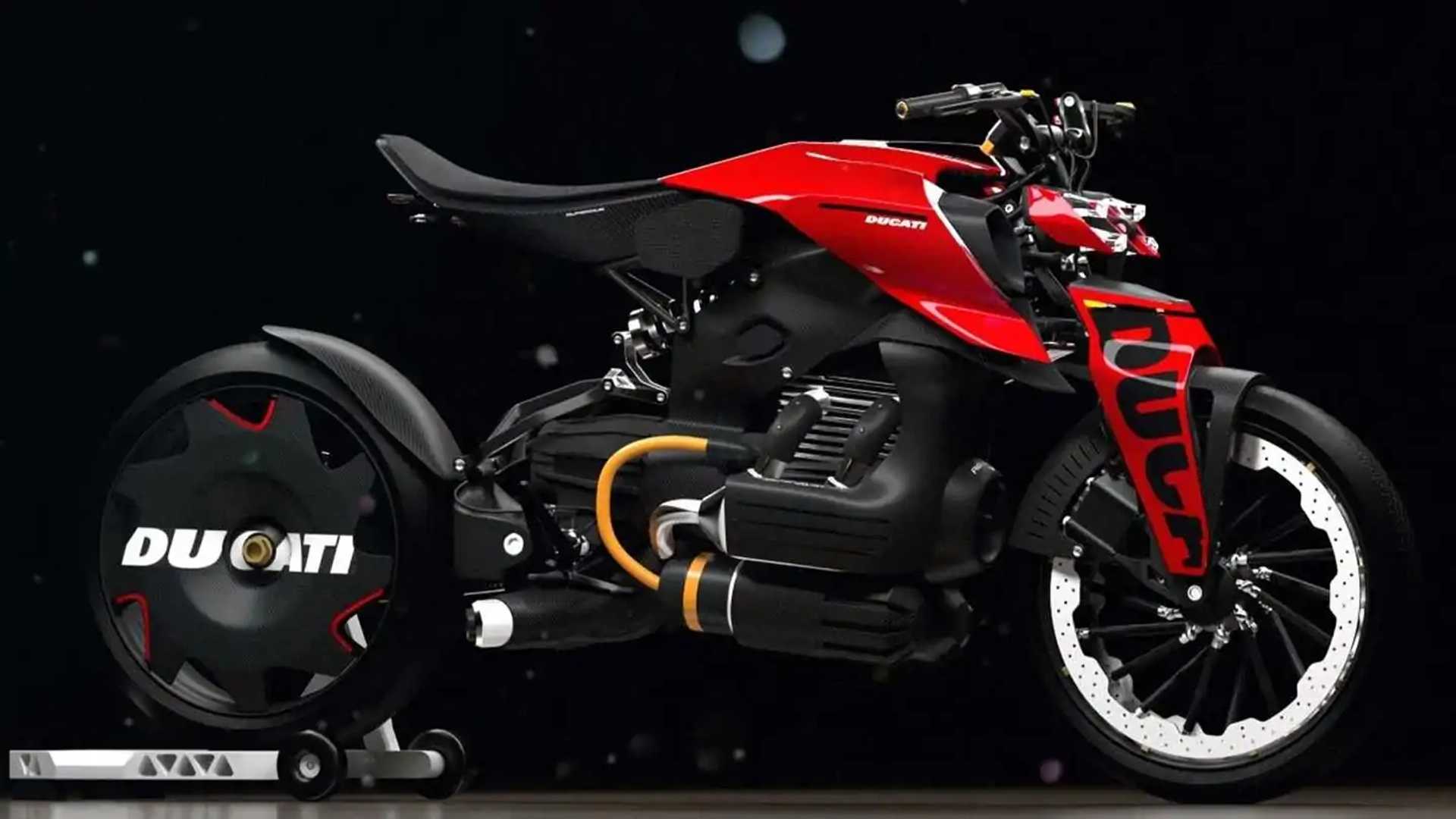 Ducati surprised the racing world when the company announced that it would become the sole supplier of the MotoE World Cup in 2023. The all-electric racing series should prove the perfect testing ground for a potential model. electric production Ducati based on the Bologna brand. V21L electric prototype.

However, digital designer Daniel Kemnitz is not waiting for Ducati to develop such a platform. Rather, he imagined a palliative between gasoline-powered Dukes and the impending electric revolution. Similar to Kawasaki’s latest hybrid project, the designer’s Ducati Ghost concept combines an internal combustion engine with an electric battery for added versatility.

“We exist in a motorcycle world that sits on the border between combustion and electric,” Kemnitz explained. “My Ducati concept, to be precise, is a hybrid motorcycle, not only in terms of the engine but also in terms of the use case.”

These preparations would allow riders to seamlessly switch to the electric powertrain for Low Emission Zones (LEZ) or back to the combustion engine for complete out-of-town fun. Kemnitz isn’t just taking a page from Team Green, though. The Ducati Ghost may be the brand’s single-sided swingarm champion, but the telelever front end is clearly inspired by BMW’s R 1250 GS.

Ducatisti overcame a no-valve, trellis-framed Monster Desmo, but the L-twin is so tied to the brand’s identity that a parallel-twin seems more unlikely than a Duc hybrid. Like most digital renders, the Ducati Ghost is an interesting design exercise, but without the authentic Ducati engineering and design language, the concept looks like a Ducati Ghost.