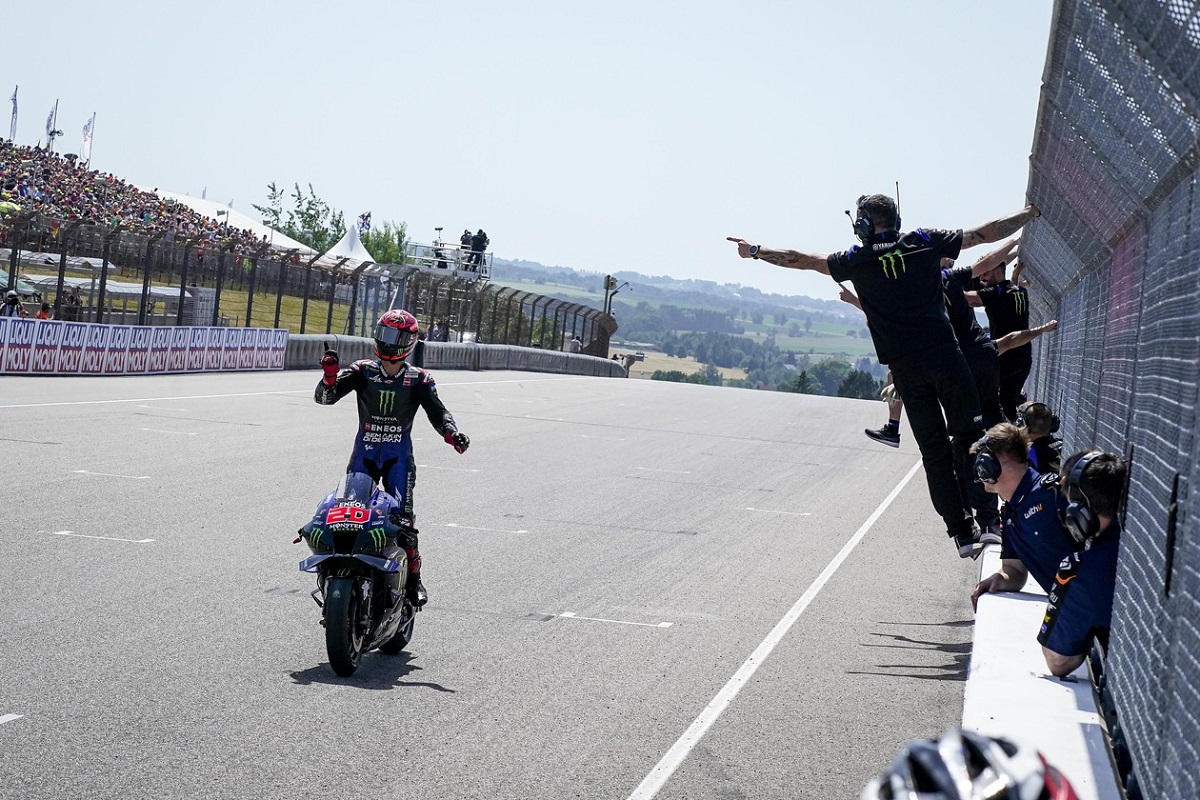 Yamaha MotoGP team principal Massimo Meregalli believes his team’s approach of “no revolution” for its M1 prototype is proving to be the right decision in 2022.

The Japanese manufacturer has had a mixed campaign so far, with reigning world champion Fabio Quartararo currently on target to win a second straight title as he leads the standings by 21 points over Aprilia’s Aleix Espargaro with nine remaining trials while teammate Franco Morbidelli sat a lowly 19e in total, having scored only one top ten.

Despite the Italian’s problems, Yamaha currently sit second in the teams’ and manufacturers’ standings – a fact which Meregalli says illustrates that the brand’s philosophy of ‘not making a revolution’ with its bike is paying off. .

Meregalli believes the fact that Yamaha can start every race with plenty of relevant information helps it maximize every weekend, although he admitted the M1’s lack of straight-line prowess proved troublesome – Meregalli revealing that the operation is set to bring an upgrade to the next race at Silverstone to try to improve the machine in this area.

“Our philosophy has always been not to revolutionize, and this year we are proving that based on what we have,” Meregalli explained.

“We all start GPs with a lot of information and we try to improve what was already very good, we have good room to improve the top speed, but during the season you can’t (do big -thing.)

“We hope to bring something new to Silverstone, but apart from that our bike has really strong points but unfortunately only Fabio (Quartararo) is able to exploit them at the moment.

“We want to go race by race (for the rest of the season) but our goal is always the same, to be consistent and to treat every race as the first.

Meregalli picked the season-opening encounter in Qatar as one of the team’s ‘lowest points’ of the campaign after struggling for ninth and 11e with Quartararo and Morbidelli in a place where he traditionally excels, but says he is “extremely satisfied” that the Frenchman is at the top of the riders’ classification despite not starting “as we wanted”.

“It’s been a bit mixed because on one side we’re extremely satisfied and happy because even though we didn’t start the way we wanted, we started to improve our performance and our results,” continued Meregalli.

“Leading the league before the break was something we wanted, we are achieving it and that is very important.

“We’re struggling on the other side of the garage because we’ve had a tough year with Frankie (Morbidelli), but he has strong conviction and we’re sure we’ll get him back to where he belongs.

“Barcelona was a good point for us, because we announced the renewal (with Quartararo) and then we won the race and we had a very good test on Monday.

“Sachsenring was also great because the way he (Quartararo) won the race was superb, although Le Mans was a disappointment for us because we had different expectations and we couldn’t achieve our goal.

“Qatar too (was a low point) because there we were always fast, and being the first race of the season we wanted to perform like we are used to and we couldn’t, it was for me one of the lowest points of the season.”

Kawasaki takes a trip down memory lane with Z1 900 documentary