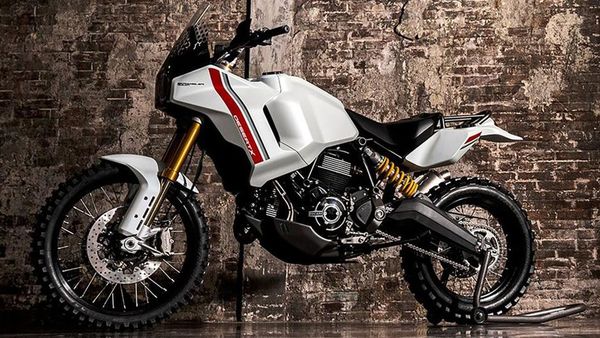 Ducati has announced that the DesertX is set to go into production soon and that the bike will debut in December of this year. Ducati’s new DesertX will be its first all-new 2022 model.

In a press release issued by the Italian premium bike maker, he confirmed that the Ducati World Premiere 2022 web series will start from September 30.

The series will feature all new and updated motorcycles that will be introduced next year by Ducati.

The Ducati web series will be previewed on the company’s website and YouTube channel. It will air every two weeks starting on the 30th of this month. The latest and final installment in the series, which premieres on December 9, will reveal the final production version of the DesertX concept which was first unveiled at EICMA 2020.

The new DesertX will prove to be Ducati’s most serious attack on the middleweight adventure market. The DesertX’s EICMA concept has garnered attention and the production version is also likely to build on the hype. It will be Ducati’s attempt to steal sales of motorcycles such as the Yamaha Ténéré 700, the KTM 890 Adventure and also the Triumph Tiger 900.

The new DesertX will use a modern Dakar-inspired theme with an all-new chassis and the famous 937cc Testastretta engine. It will run on a 21 “front wheel and studded tires.

It will be launched to commemorate Ducati’s victory in the 1990 Dakar Rally. In addition, the final bike will use the color scheme and stripes of the Dakar bike, as well as a set of twin round retro-looking headlights.