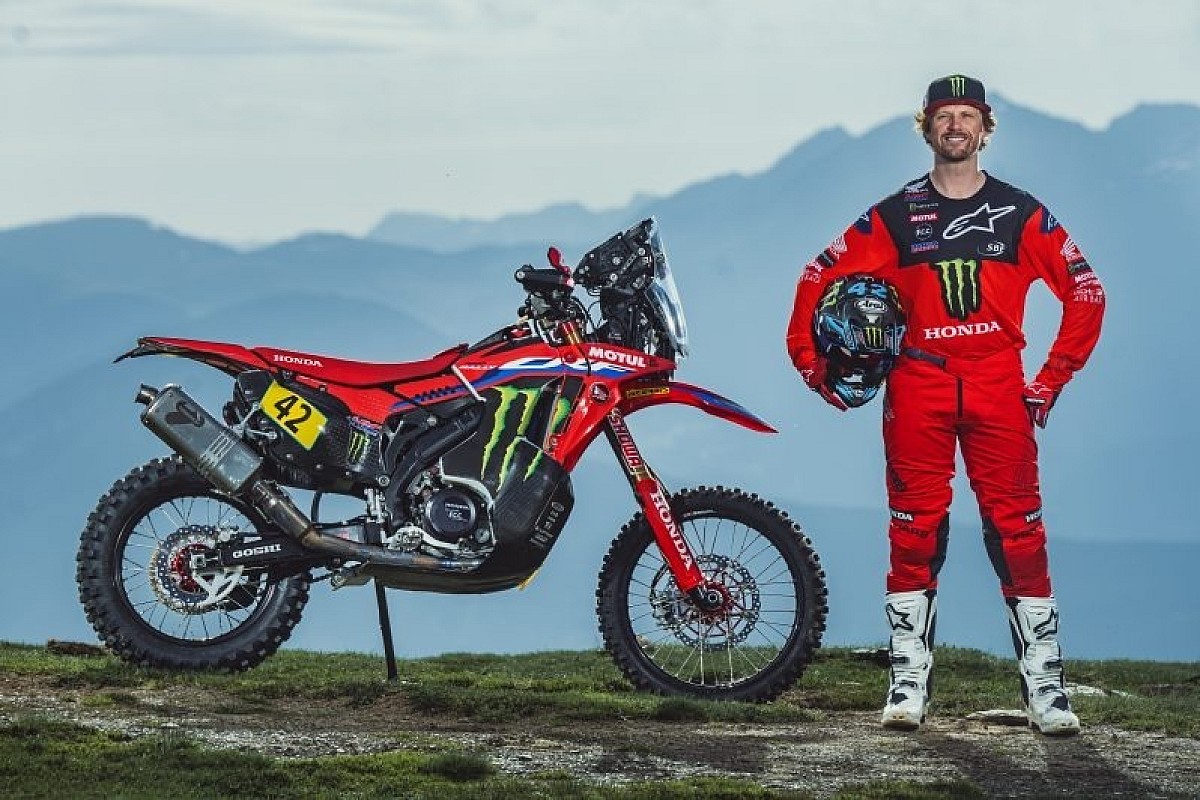 Yamaha announced in February that this year’s Dakar was its last in the legendary event as a factory team, ending an unbroken period of participation dating back to the inaugural race in 1979.

However, his top finisher from this year’s edition has now found a home with rival marque Honda, where he joins Ricky Brabec, Pablo Quintanilla and Jose Ignacio Cornejo in the factory lineup.

“I’m really happy and excited about this opportunity!” said van Beveren. “I’m proud to become a Honda Racing rider, because HRC is the world’s benchmark racing factory. I’m sure it will be an amazing experience.

“TO [ride] a red bike brings back good memories, since I had a Honda when I was 8 years old! Plus it’s great to have Monster Energy on board – I’ve been riding with them for over 10 years”.

Ruben Faria, Managing Director and former Honda rider, added: “We are very pleased with this announcement and we have already carried out the first tests together with the Honda 450 CRF RALLY.

“There is great harmony in the team and I’m sure Adrien will help us achieve our competition goals.”

Honda’s statement announcing van Beveren’s arrival made no mention of the driver he is ostensibly replacing, Joan Barreda.

The 38-year-old Spaniard battled injury to finish fifth in this year’s Dakar, notching two stage wins (taking his career tally to 29) before sitting out the Abu Dhabi Desert Challenge in March to focus on his recovery.

According to the Spanish publication MarkHonda is awaiting a decision on whether Barreda opts to continue his high-profile career on two wheels for what would be his 10th consecutive Dakar with the brand.

Barreda has already openly floated the idea of ​​switching from motorcycles to cars, a path well taken by the likes of Stéphane Peterhansel, Nani Roma and Cyril Despres over the years.