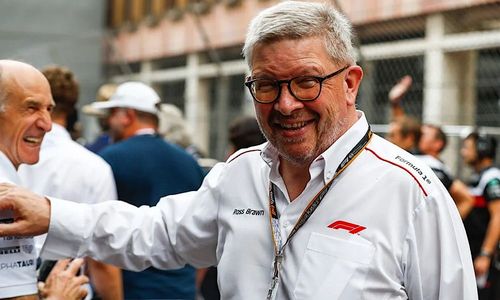 Ross Brawn is a dominant figure in the F1 paddock. He is best known for having been the technical director of the famous Ferrari team when Michael Schumacher won 5 world titles in a row in the early 2000s. Before that, he was instrumental in Schumacher winning his first two titles at Benetton. Then he became the founder of the Brawn GP team which, in its only year of existence, won a world title – both for drivers and manufacturers. That team became Mercedes and he even lured Schumacher out of retirement to retire in 2014 and hand over the reins of the team to Toto Wolff.

But in 2016 he was back when Liberty Media took over F1. This time as managing director of motorsport. But now, at the age of 67, he plans to take a step back from his day-to-day F1 duties.

“I want to scale down considerably, let’s put it this way, I will continue to be available with my expertise, but I will no longer be responsible for an area every day. It means that I will again take care of my children and grandchildren, go fishing more and take care of my garden,” he said.

Asked about his career and when he felt the greatest pressure, Brawn explained what happened with his own team. Brawn GP was a project born out of the BAR Honda project when Honda decided to pull out of F1 after the global economic crisis in 2008. Ross Brawn basically acquired the team to save it, but they didn’t have much money ; fortunately the car he developed was groundbreaking and didn’t need to be developed too much throughout the year to win both the constructor’s title and the driver’s title for Jenson Button.

“Certainly when you work for a team or you have to lead your own. The task is so incredibly responsible, so incredibly intense. Today I couldn’t take it anymore. The emotions are so strong, whether you win or lose. Today I like to help generate new fans, for example we have more female supporters than before,” he said.

Get the Yamaha YBR bike on installments with no markup