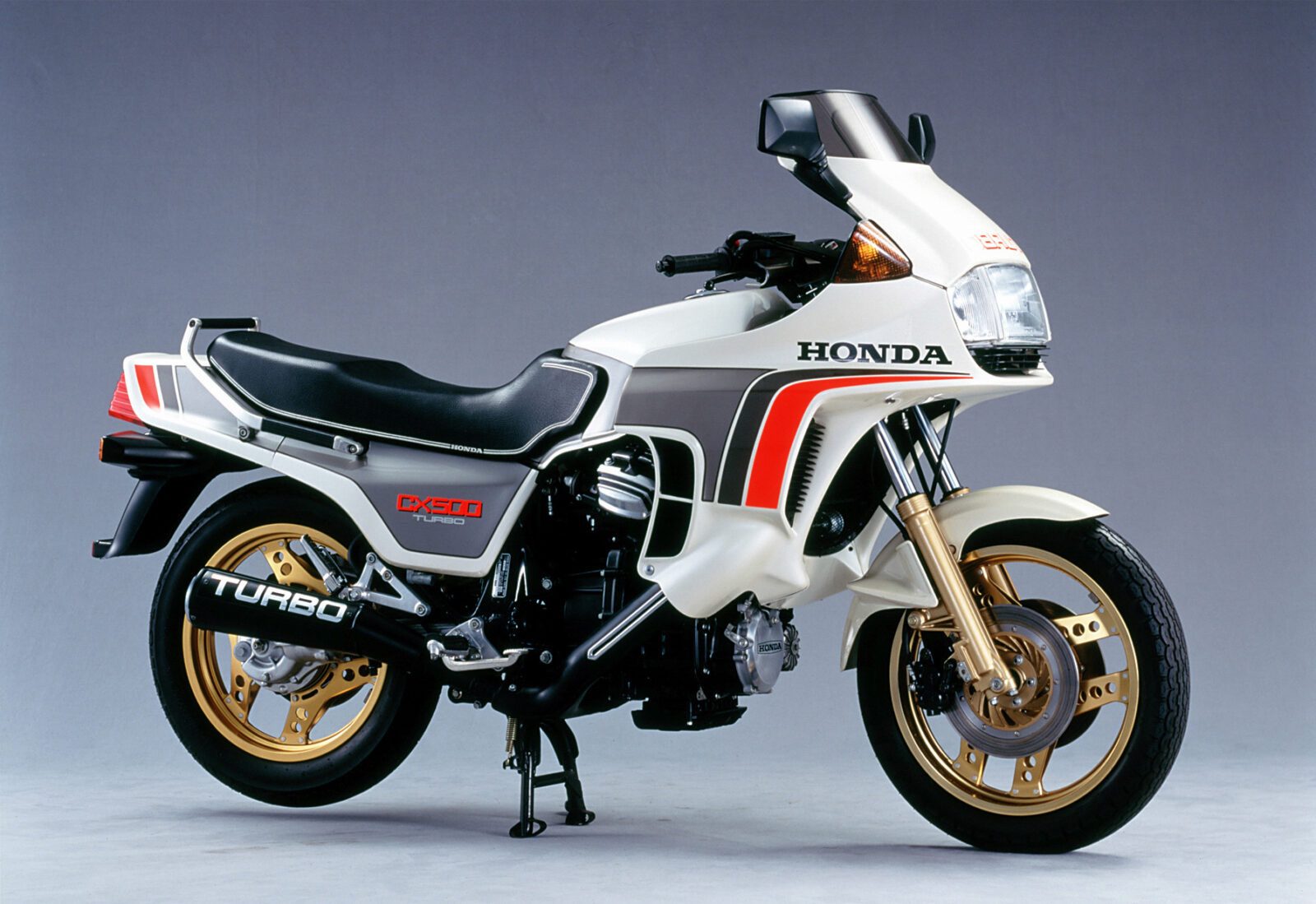 The 1970s and 1980s were the golden age of forced induction motors. Like the shoulder pads of suits and the mascara of men, turbos were the flavor of the decade. And for a while, it seemed like if there was a way for manufacturers to fix a faster snail on a car, bike, or other inanimate object lying around the factory, they would.

But why didn’t it stick? The idea of ​​adding a turbo to a bike and instantly creating a new, faster model seems like a no-brainer, right? And it’s not like customers go fast and show off to their friends. So let’s take a look at why it happened in the first place, why manufacturers stopped doing it, and what took its place.

The pressure to be the first

As you probably guessed from the image above, the ’82 Honda CX500 was arguably the world’s first true factory-turbo bike. Soichiro Honda’s aversion to forced induction and two-strokes apparently had no effect on the company’s product line, as they spent much of the ’70s and early ’80s go to town on these two technologies.

Logic suggests they chose the CX platform for the turbo because of its legendary reliability and water cooling. But consider that Honda had little experience designing V-twins or water-cooled engines until now, and you’ll get an idea of ​​how competent their engineers are; from zero to hero in one shot. With 500 cc and 82 hp it was fast, but it was by no means a world champion.

As is the rule in the Japanese motorcycle industry, many other brands were quick to follow Honda’s lead for fear of being left behind and/or missing out on a nice big slice of what could potentially be a new profitable segment. So around the same time Honda’s CX was revealed, Yamaha stole some of their thunder with their rather odd little XJ650 Turbo.

Undoubtedly a parts bin special with a turbo added for good measure, it produced a claimed 90 bhp but was noted by reviewers at the time as having less than ideal handling and some overheating issues for to start up. Whoops.

Then Suzuki released their 673cc XN85. Looking arguably better and more “muscle bike” than the Honda’s rather upright and rather more sensible design, the Suzie only managed to convince a handful of buyers to part with their hard-earned cash. Despite this, it remained in Suzuki showrooms—or at least appeared in Suzuki catalogs—until 1988.

As always, Kawasaki took its time before playing its turbo hand. But boy, when they played it they had really do their homework. So in 1984 they took the covers off their GPZ750 Turbo. Better late than never, huh?

With two full years until the Superior gun appearance of the company’s Ninja ZX900, they were still looking for that “next big thing” – and it turned out that all signs pointed to turbo engines being just that.

With an impressive 112hp, the engine could be pushed to around 200hp with the right mods. And all that in 1984, just that! But as with other brands, the bike turned out to be a bit of a sell-out flop and it was discontinued just 12 months later.

So the million dollar question is, what went wrong? The turbos are good. The speed is always good. And they make that ‘look at me’ noise. Sounds like the perfect package, right?

Well, the answer to that rhetorical question is Actually no’. The Japanese turbo bikes of the 80s weren’t the golden goose they might seem at first glance. But why?

Of course, had they been positioned at the top of the automaker’s lineup, they might have had a different reception. But for those who bought one, they still had to deal with the harsh reality of tipping over to the local Sunday biker hangout knowing that one of the other riders there on 1000cc (or 1100cc) models ) was still able to kick ass in most situations.

In that sense, they looked more like a gimmick than “real” bikes, a fact that was supported by the lack of factory racers using things. And needless to say, the bolt-on turbo gearing on the bikes also made them heavier than their normally aspirated mates. Those who thought these new turbo bikes would make them king of the hill would be deeply disappointed.

Fast, faster, but not the fastest

The other big problem for this super-fast 80s technology was the now infamous 80s turbo lag. Unless your revs were already in the stratosphere somewhere, the thing wasn’t going anywhere fast, and by the time you hit the gas, upped the revs and kicked in the turbo, your driving buddies had probably sped down the road with condescending broad smiles on their faces.

Of course, modern technology has managed to iron out all of those bugs to the point where everything is now positive for turbos, but back then you were probably going to end up with a bad taste in your mouth that screamed “I fell for a sales stuff”. and this damn bike just doesn’t live up to the hype. Feeling stupid then you would have sold the thing at a loss and probably got the normally aspirated GPZ900R Ninja you secretly always wanted.

Of course, the manufacturers knew that too, and they got their turbo rigs down faster than a mechanic trying to fix a hot wastegate without gloves.

Back to the boost

Fast forward to 2014 and, to the amazement of speed freaks everywhere, Kawasaki announced the H2 superbike, a spy plane with no limits. The tech geeks among us will no doubt be quick to point out that the H2 was in fact supercharged and not turbocharged, but I think in the historical arc of ‘boost’ on motorcycles, this bike is an important inclusion in the discussion. . And while it apparently didn’t spawn a new segment of boosted bikes, it did correct all the missteps of the ’80s turbo models.

Gone are their lag and lack of handling, along with the empty promises of their giant plastic fairings labeled “turbo”. Instead, the H2 kept its secrets hidden; well, at least he hid his overeating. And that’s because the thing is about as subtle as the moon crashing into the earth.

There was no doubt that this bike was fast. 310 hp of supercharged go-gos will do that to a bike. And in this way, Japan – via Kawasaki – showed that it had learned the lessons of the 80s and finally perfected the idea. Good old Kawasaki. Better late than never, huh?

Kawasaki Racing Team WorldSBK and Insta360 team up to…