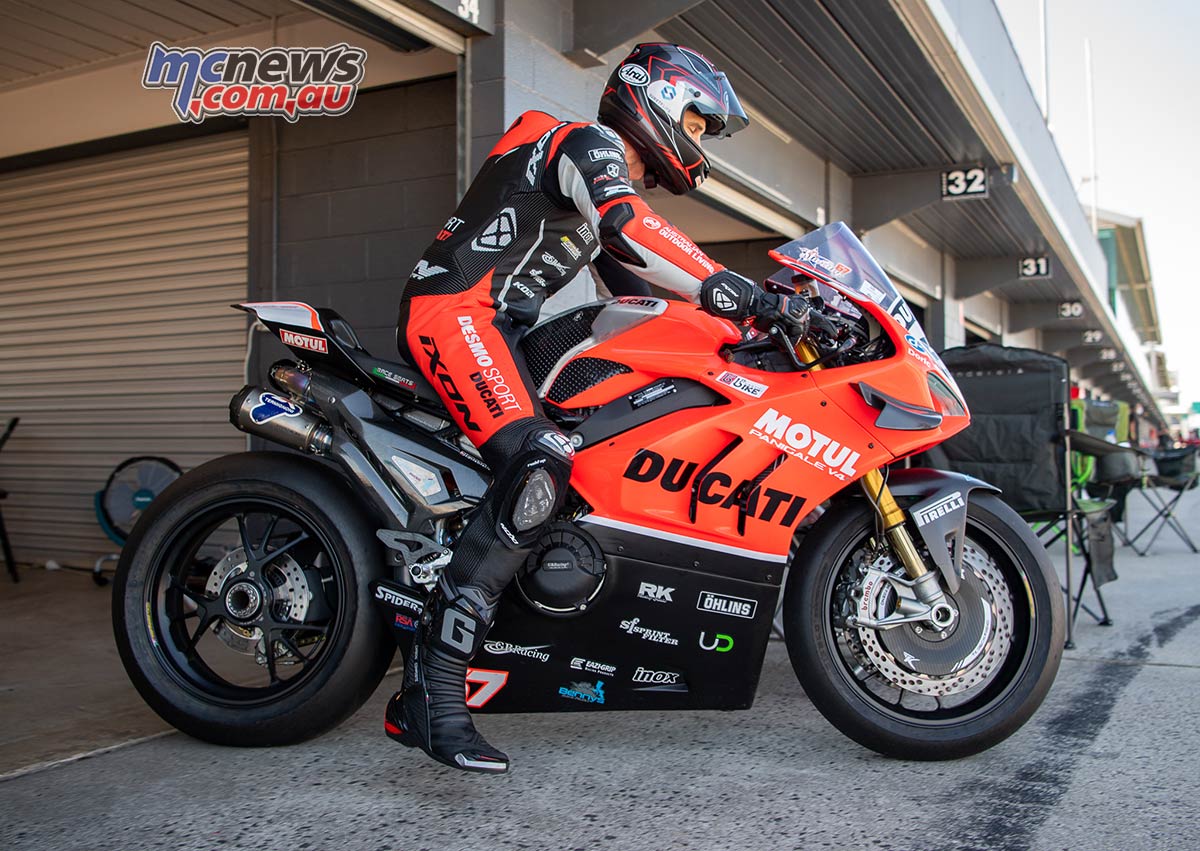 First official ASBK test of 2022 on US

The Motorcycle Insurance Australian Mid-Bike Superbike Championship, presented by Motul (ASBK) returns this week with the official ASBK test on January 27-28 at the Phillip Island Grand Prix circuit. For many, this will be the last opportunity for teams and riders to test their machines ahead of the 2022 season. The first round of the championship will take place at Phillip Island a few weeks later from February 26-27, 2022.

“Motorcycling Australia is delighted to see the ASBK Championship back on track in 2022. Kicking off the season at Phillip Island with Alpinestars Superbikes as the main class at our standalone round is a great way for fans, the industry, sponsors, teams and riders to step up a gear in 2022.”

In the official test we will see the following categories:

For ASBK competitors, testing and racing at the Phillip Island Grand Prix circuit is always important, with the fast and flowing circuit giving riders the opportunity to test themselves against the best talent in the country.

The 2020/21 champion Wayne Maxwell who has decided to withdraw his thoughts of retirement for 2022 and go around again. Maxwell said his decision to compete in 2022 was more about ensuring his team (McMartin Racing) was prepared for a consistent championship campaign. We conducted a in-depth interview with Wayne around the announcement and talking about ASBK in general. Here’s a short excerpt from the man himself here.

“McMartin Racing is a very small private team so we had to make sure we could get funding and support so the team could step up and improve. Everyone is going to step up, so we have to do the same. We were far from perfect in 2020 and 2021, but the ultimate goal is to win the championship three years in a row. I have no illusions that it will be easier than the previous two, so if I can improve my fitness off the bike it will help my consistency in races.”

Two-time British Superbike champion Josh Brookes will also do a few laps on the Boost Mobile Ducati V4 R motorcycles for the duration of the test.

Bryan Staring is already testing the DesmoSport Ducati this week at Phillip Island as part of an intensive and quick adaptation to the Panigale V4 R when he rode the machine for the first time on Monday.

Troy Herfoss has had a lot more time to recover from his injuries and get stronger. He’ll be there to send a signal that he’s back…

Josh Waters has been busy adjusting to the BMW M 1000 RR and early signs indicate he will be back in the championship chase.

In other ASBK news today, Motul has again been announced as presenting rights holder for the upcoming season, and mi-bike Motorcycle Insurance has re-signed in 2022 as main presentation rights sponsor. series name.

“We are really excited to be back as naming rights sponsor and look forward to what will be a tight and competitive racing season. At mi-bike Motorcycle Insurance, we offer a full range of insurance products designed for our customers to cover their specific insurance needs. It comes from a deep understanding of the bike, the riders and their needs. We believe our involvement with ASBK as a naming rights sponsor shows that we really mean what we say. For the fans, competitors and officials associated with ASBK, we wish you all the best for the 2022 season..”

“Motul has been involved in racing through various partnerships for a long time and this unbroken relationship with racing has established and maintained the brand as the global benchmark of power in motorsport that it is today. We are pleased to be the Presenting Rights Sponsor again in 2022 and wish the best to everyone involved.”

“We are confident that ASBK is ready for a great year in 2022 and that the return of mid-bike insurance as sponsors shows that they share our faith in the championship. In 2022 we look forward to a full season of competitive and entertaining racing and the support of our sponsors is essential for this to happen. Motul has been a huge supporter of motorcycle racing in Australia and their return as title rights sponsor in 2022 is an important part of ASBK’s continued success. I would like to thank mi-bike Motorcycle Insurance and Motul for their continued support on behalf of not just Motorcycling Australia but all fans and stakeholders.”