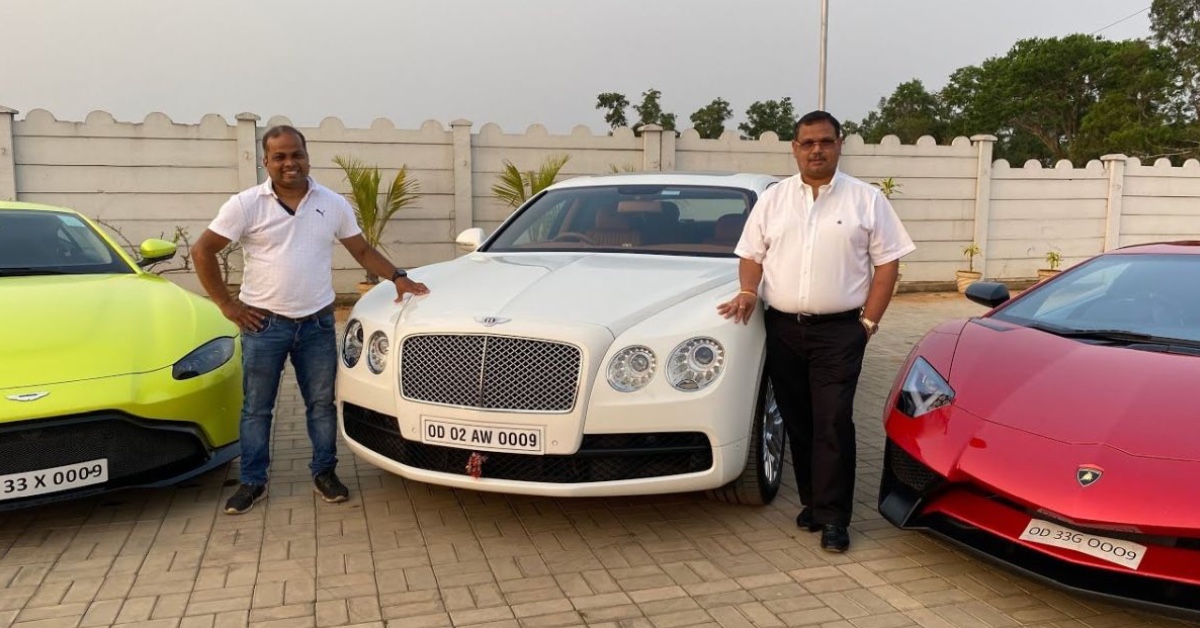 Sports cars and super cars are slowing their popularity in India. There are many enthusiasts who have many of these cars in their garage. We’ve made a fuss about exotic car garages in the past. Most of the time, these exotic cars and motorbikes are often linked to celebrities or billionaire businessmen. Here we have the story of a Maruti Suzuki dealership owner who has almost 45 exotic cars and 9 superbikes in his garage.

The video was shared by Bulu Patnaik on his YouTube channel. In this video, the vlogger mentions that Jyote Motors has been in the business for almost 35 years. Over the past 35 years, the owner has grown his business and currently owns a dealership spread across various parts of Odisha. The video mentions that Mr. Devjyoti, owner of Jyote Motors also owns Audi, Suzuki two-wheelers, TVS and Harley Davidson dealerships in the state. In total, he owns 14 dealerships in the state. Mr. Devjyoti started his business in 1996 with a TVS dealership. Three years later, he opened a dealership in Bhubaneshwar for the Opel brand. Only then did he open a Maruti dealership.

When the video was recorded, Devjyoti operated nine Maruti Suzuki dealerships as well as ‘The Big Bike Hub’, which is Suzuki’s first superbike dealership. By now you would have understood that Devjyoti is passionate about cars and bikes and it is only for the same reason that he couldn’t sell any of the cars he owned. He now has cars ranging from a lowly Maruti 800 to exotic Lamborghinis. In this video, some of the cars from his collection were featured.

The Maruti 800 is an iconic car in Indian automotive history. Devjyoti bought the car in 1998. He had to travel to Kolkata to pick up his car and had to wait for a whole day. He took the car back to Odisha and is still there in his garage.

It is one of the best selling Lamborghinis not only in India but across the globe. Mr. Devjyoti is also the owner. He bought it shortly after its official launch in India. The super SUV is powered by a 4.0-liter V8 that generates around 641 hp.

Mini Cooper is a well-known name among car enthusiasts. Compared to mark1 Mini, the new generation has grown in size and also offers more features. However, it is still very fun to drive.

It is Mr. Devjyoti’s favorite vehicle. He uses it to get to work and other important meetings. Flying Spur is a popular Bentley among celebrities and sports personalities in India.

Audi’s flagship sedan is known for its extremely spacious interior, premium features and comfortable ride. It is also a popular car among celebrities in India.

The Audi Q8 is currently the German automaker’s flagship SUV. It is sold in India as CBU and this is also reflected in the price. This SUV also offers a long list of features.

The A7 is known for its notchbac design which looks extremely good on the road.

The Ford Mustang was the most affordable sports car one could buy in India. Although Ford exited the Indian market, the Mustang is still a very popular car among enthusiasts. Devjyoti owns one and uses it every other day.

Among all these luxury exotic cars, Devjyoti also has a previous generation Mahindra Thar. The new generation of Thar as we all know is a resounding success for Mahindra in India.

Like any Aston Martin, the Vantage is also a beautiful car to look at. It uses a Mercedes-AMG V8 engine and is one of the most stylish sports cars.

Besides the Vantage, Devjyoti also owns an Aston Martin DB11. The car became popular after the James Bond movies.

The Jeep Wrangler is one of the most capable off-road SUVs you can buy in India. It’s expensive, but Jeep has now started making Wranglers here in India, which has brought the prices down slightly.

Just like other Jeep products in India, the automaker may soon start manufacturing Grand Cherokee in India. This would lower the prices.

Also read: Oppo will launch an electric vehicle in India by 2024