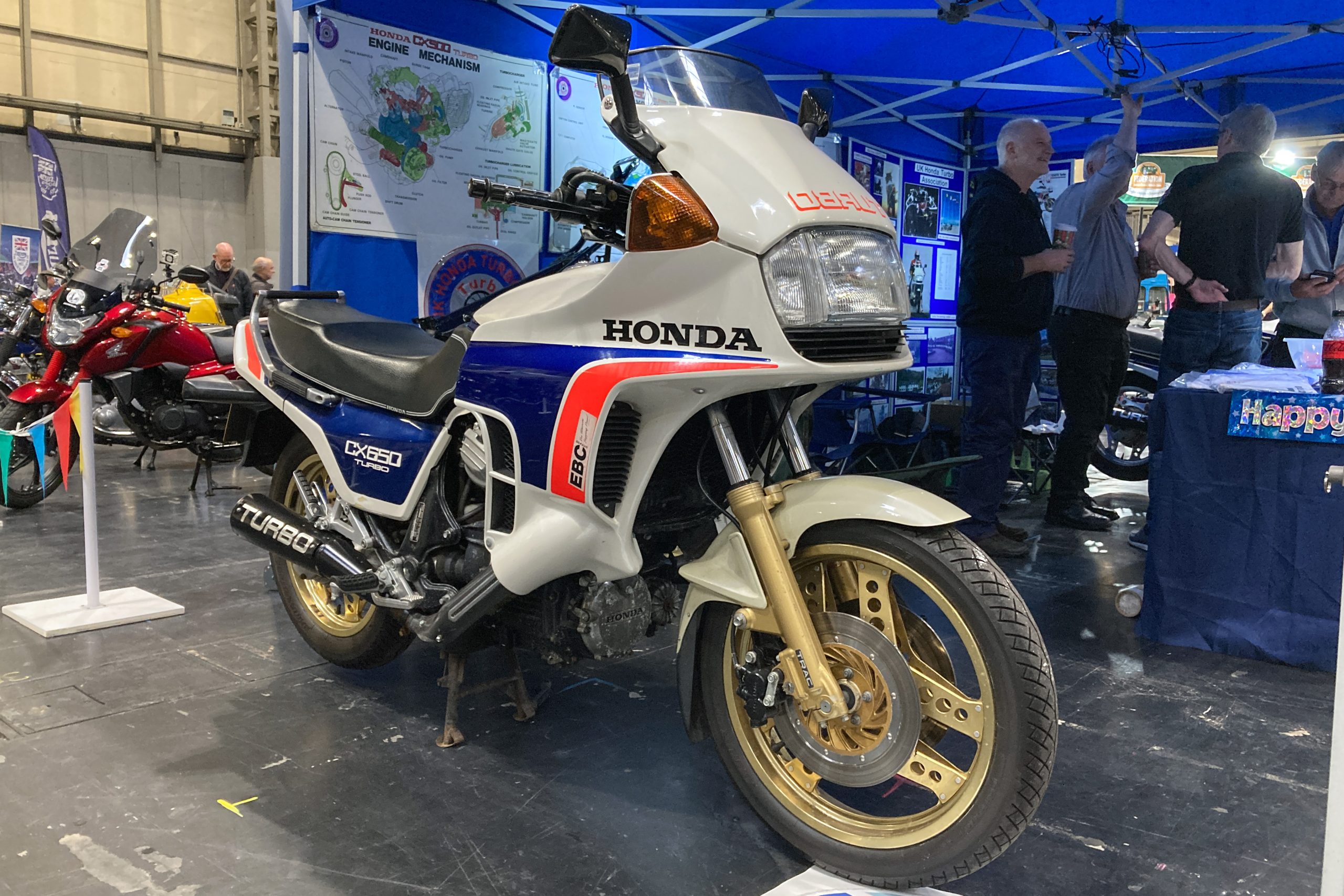 The Honda City wasn’t the only vehicle the Japanese automaker attached a turbocharger to in 1982 – that year it also introduced the CX500 Turbo and created the first turbocharged production motorcycle in the process.

Honda’s alliance with turbocharged motorcycles was short-lived, and after following Honda into the fray, the industry as a whole quickly returned to naturally aspirated. But in a decade known for its excesses, the CX500 Turbo and the CX650 Turbo that replaced it a year later were remarkably restrained.

Surprisingly perhaps, this high-performance technology was not used on a superbike, but on a sports tourer. Nor did Honda use an inline-four, or even a parallel-twin, but a relatively low-tech 80-degree V-twin – although the key to the bike’s tractability and reliability is fuel injection. programmed fuel from Honda. The CX500 was Honda’s first bike to use this technology, and it would soon permeate many other models across the Honda empire.

“It was built largely for the US market,” says Graham Jones-Ellis of the UK Honda Turbo Association. “They were sold in the UK, but in much smaller numbers – we think there are only around 50 left, while most of the 650 will be US imports.” Around 350 Turbos are thought to have arrived in the UK in total, around a tenth of the US allocation.

While the Turbos might have had American cruising in mind, even in modest condition they offered a useful performance boost over the stock V-twin, with the engine going from 48 horsepower to 80, with the 650 hitting 99 hp.

“They’re pretty quick,” Jones-Ellis said. “Obviously you have all the restrictions of the 1982 brakes and the 1982 suspension. But they are still great fun to ride.

This dual purpose was confusing for the press. Reviewers couldn’t decide if it was a sport bike, given its performance potential, or a tourer, with its larger frame, tall fairing and shaft drive.

The waters were even murkier because while factory turbocharging was in its infancy, the aftermarket had already taken the lead in this area, pushing the bikes to significant horsepower figures but with a little less concern for the maneuverability.

“Most of the aftermarket kits were way too big for the bikes, and on the big engines too, like the 1100cc,” Jones-Ellis recalls. “You would have an absolute monster in a straight line, but they were almost impossible to ride. While Honda wanted the bikes to actually run, so they tried to make the most of a small engine and a small turbo. These motorcycles produce a lot of torque at very low rpm, and that’s the real difference.The torque curve is very flat.

Response was also good, with the small engine running a reasonable 7.2:1 compression ratio (8:1 for the CX650) and short exhaust channels ensuring the turbo spools up quickly. The response isn’t quite on par with a naturally aspirated bike, but as Jones-Ellis says, “it’s definitely not bad.”

However, other Japanese brands haven’t quite followed Honda’s lead with their own bikes. “They all jumped on the bandwagon – Kawasaki was the last to drop turbocharging, but the Suzuki and Yamaha were more like add-ons. It’s probably a bit unfair, but they weren’t designed very well. … »

Expensive to manufacture and often unreliable, Jones believes that these later bikes soured the market for turbocharged motorcycles somewhat and burst the brief bubble – while offering little tangible benefit over a conventional bike. Honda’s step into the relative unknown was rewarded with just two years of sales – one for the CX500 and another for the CX650.

Jones-Ellis had no particular interest in bikes originally, but after joining the club after spending time socializing with friends, he took the plunge—and now his CX500 is a keeper.

“It’s been extremely reliable,” he says, having recently proven it during a cycling tour of Norway. “There are some very minor faults that are easy to fix, and lots of parts are still available. They have these old computer-controlled electronics, and it’s like the size of a little novel—but most of these bikes still have their stock computers, and even their stock turbos.

In fact, aside from the wiring slowly degrading over time, it looks like Honda’s first try at the motorcycle turbocharger is no more troublesome than an old Super Cub. Fuel injection helps, giving the CXs an edge over carbureted Suzukis and Yamahas, and as high-end bikes at the time, the brakes and suspension are good too—for their day, at least.

It’s a mark of how much owners appreciate the bikes that Jones-Ellis feels several club members have more than one hidden away. It may really be a CX500 or CX650 Turbo, rather than a Motocompo portable bike, which would be the perfect addition to a Honda City Turbo in an enthusiast’s garage…