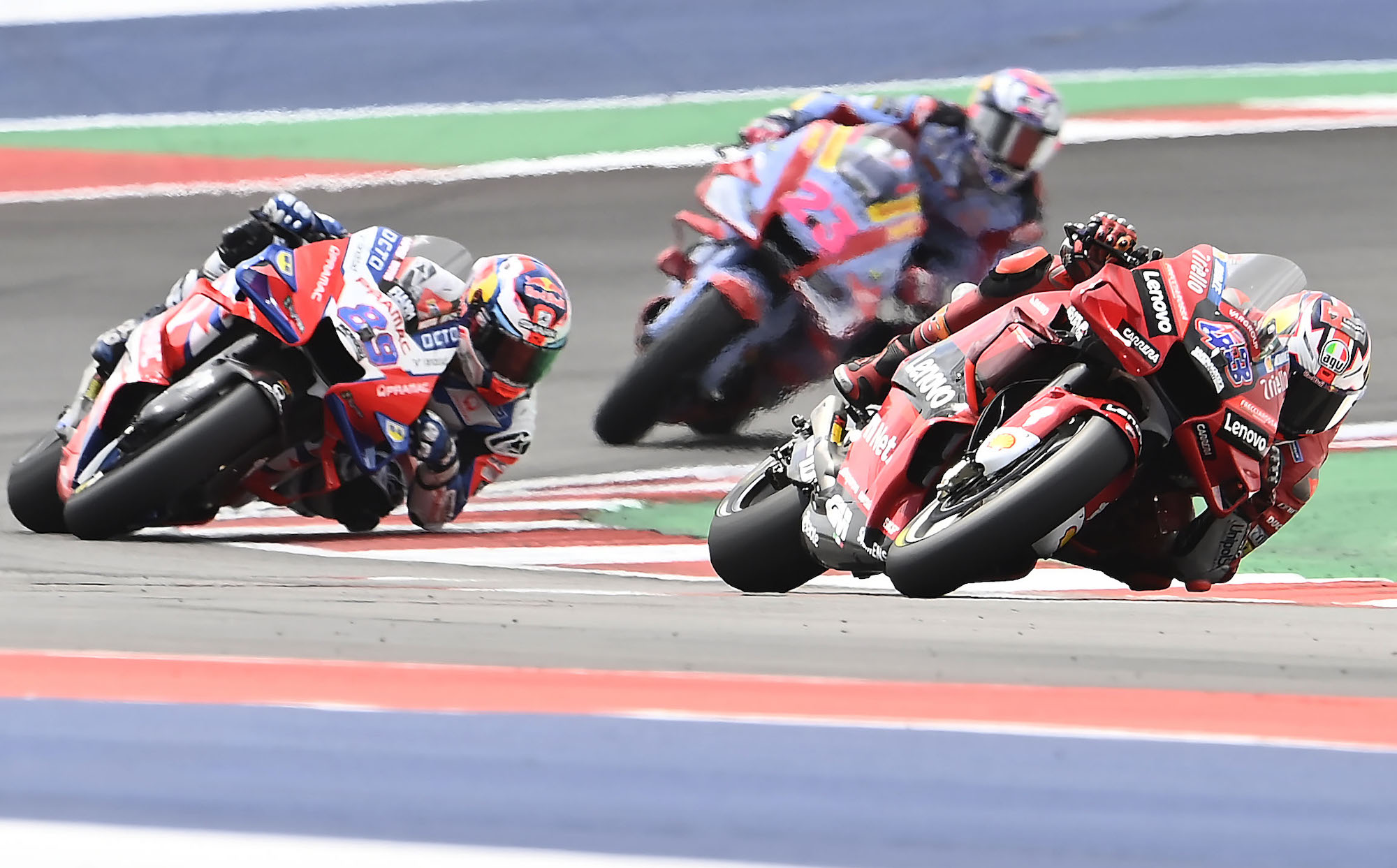 WHILE MotoGP is in a period of high parity, the championship is currently facing significant issues and riders in the series have expressed their concerns.

After the French and Spanish Grands Prix, the difficulty of overtaking in MotoGP became particularly evident. Eight-time world GP champion Marc Marquez has called overtaking in MotoGP “almost impossible”, thanks to a combination of the aerodynamics the bikes now use, plus ride height devices (RHDs) introduced more recently.

This criticism of MotoGP overtaking – and therefore the quality of racing – also comes after it was revealed by Mat Oxley that MotoGP teams apply illegal tire pressures in races, while going unpunished.

Now, a Crash.net article has detailed riders’ criticism of the KymiRing, which is set to host the Finnish Grand Prix in July, and the situation regarding contracts and wages.

“Some riders are worried because the track is so small,” said Alex Rins. “Some guys say it’s only first, second, third gear. But it’s the same for everyone.” However, the KymiRing is passable, so “theoretically we’ll go,” according to Rins.

Cornering from first to third gear isn’t necessarily a safety risk, but overtaking on a circuit with a single long straight could be tricky, especially in the MotoGP class, and the race could suffer. Combined with front tire pressure, aero and right-hand drive issues, it doesn’t look so good for the KymiRing, which is not yet homologated.

Another concern of MotoGP riders at the moment is the fragility of their contracts. Alonso Lopez replaces Romano Fenati in the Speed ​​Up team from the French Grand Prix and, while the Spaniard was impressive and showed he deserved to be in the World Championship, the way Fenati has losing his race was concerning.

“But if you have a contract, the team [must respect] the contract,” Rins said of the Fenati-Speed ​​Up situation.

Lopez himself fell victim to an early contract termination ahead of the 2021 season, when he was replaced at MAX Racing Team Husqvarna by Adrian Fernandez despite Lopez himself having a contract in place.

The subject of riders’ wages is another concern raised in the Le Mans safety committee among riders, who fear that wages will decrease unreasonably.

“Also, someone was saying we need a minimum wage, because I don’t know what some riders take [pay]but it doesn’t look like much,” Rins said.

Ever since news of Suzuki’s planned withdrawal from MotoGP broke, the topic of rider pay has become a bigger talking point. Joan Mir’s manager Paco Sanchez has been quite vocal on the matter. “[Suzuki] made an initial offer that was worse than Joan’s rookie offer,” Sanchez said. “It was in Portimao. Then in Jerez they said ‘OK, we have thought, we will convince [Suzuki] Japan to keep your current [pay] Contract'”.

Suzuki riders aren’t the only ones struggling to find high-paying contracts. Aleix Espargaro was “sad” at the lack of progress he and Aprilia had been able to make on his contract renewal. The Spaniard had become Aprilia’s first MotoGP winner in Argentina, is now on a streak of three consecutive podiums and, after the French Grand Prix, is just four points behind Fabio Quartararo at the top of the World Championship MotoGP. But Aprilia, nonetheless, seems to be tightening its grip on its wallet when it comes to Espargaro, much the same way many other factories and teams apparently are doing, including those chasing now-out-of-contract Suzuki riders.

Paco Sanchez said:[Joan Mir] won’t ride here for zero or for those shitty contracts that now KTM, Ducati- all those factories offer their riders.