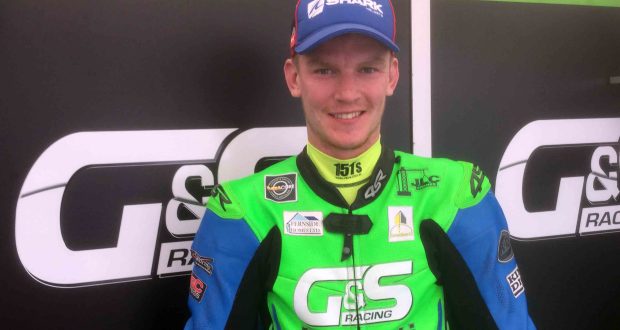 The G&S Racing Kawasaki team has now confirmed its rider line-up for the 2022 season as it prepares the bikes ready for testing.

Promising young rider Zak Fuller (20) from New Zealand has joined the Wyberton-based team and will join forces with Kevin Keyes (23) to lead the team’s campaign in the Pirelli Nation Junior Championship Superstock for the 2022 season.

Fuller is looking forward to the start of his season and said: “I am very pleased to announce that I have joined G&S Racing for the 2022 British Superbike Championship.

“I will be competing in the Junior Superstock class aboard their Kawasaki ZX-6R. It’s been a long time goal for me to race in British Superbikes and it’s finally a reality.

“Many hours on my spin bike watching BSB make me want to get started more than ever.

“Team Principal Tom Fisher and G&S Racing have been great and I have now made the trip from my home in New Zealand and have been able to meet the team and get to know the bike.”

Fuller will ride alongside teammate Keyes, who was held off by the team for another shot at the title.

The Republic of Ireland driver, from Edenderry in County Offaly, gave G&S Racing its first win in the class when he took a fine win at Round 1 at Silverstone in 2019 and recorded numerous top-ten results throughout the season.

Unfortunately, the pandemic has prevented the team from competing in 2020 and with blockages and injuries in 2021, Keyes is chomping at the bit to kick off his 2022 campaign.

The team is completed by the arrival of Dutch rider Jorel Boerboom, who will race the Kawasaki ZX-10 in the Superstock 1000 series.

The 24-year-old has extensive experience on British circuits, having competed for three years in the Moto3 championship and also participated in a single wildcard race in the Junior Superstock championship with G&S Racing.

He said: “I had a season with RS Racing in the Moto2 category before creating my own team and I had a few podiums. But unfortunately, the COVID-19 pandemic has halted my progress.

“I raced in Spain in 2021 but I still kept in touch with Mark at G&S and we decided to work together this year. I’m really looking forward to getting started.

The season kicks off at Silverstone on 15/17 April with the season finale at Brands Hatch on 14/16 October.