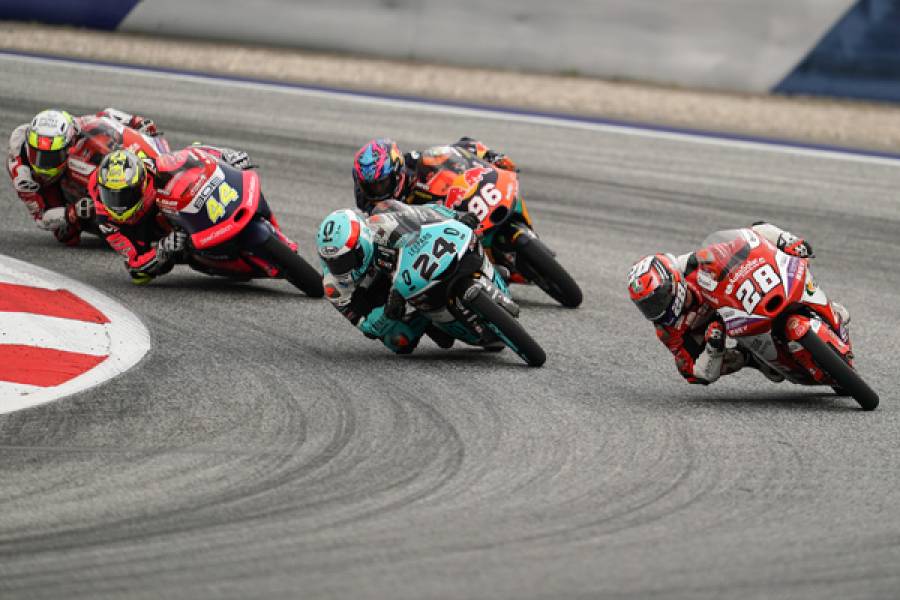 The 24-year-old from Chiba charged from the third row of the grid to take the lead at the start of lap two and from there he was in the thick of the fight, riding as hard as ever as he searched for his square. first win of 2022. It is his best result of the year so far, bettering the two third-place finishes he earned at the Italian and Catalunya Grands Prix in June.

Suzuki now sits seventh overall in the championship chase, with 13 races done and seven to go.

This year Suzuki has often been overshadowed by teammate Dennis Foggia (Leopard Racing Honda NSF250RW), who has so far taken two wins, most recently at Silverstone at the British GP, and three more podium finishes.

Today, the 21-year-old Italian was unlucky, suffering from a fever which left him severely short of physical strength. At the start, Foggia was in the top ten, but he couldn’t maintain that speed for the whole distance of the race, so he gradually lost several places, but he gritted his teeth in the last laps and beaten to return to 12th, for four precious championship points. He retains his third place in the championship standings.

Riccardo Rossi (Sic 58 Squadra Corse Honda NSF250RW) had high hopes of a podium challenge today after qualifying fourth, but he finished the first lap tenth and gradually fell down the order and out of the points.

Mario Suryo Aji (Honda Team Asia Honda NSF250RW) had a busy race up to 24th, learning a lot on this very special circuit, both during practice and during the race. His teammate Taiyo Furusato (Honda Team Asia Honda NSF250RW) had high hopes of a strong race and got off to a great start. But he couldn’t maintain such an impressive pace and he fell back to 25th.

The Moto3 action now moves to Italy, for the San Marino GP on September 4, followed by the Aragon GP and the first Japanese GP since 2019.