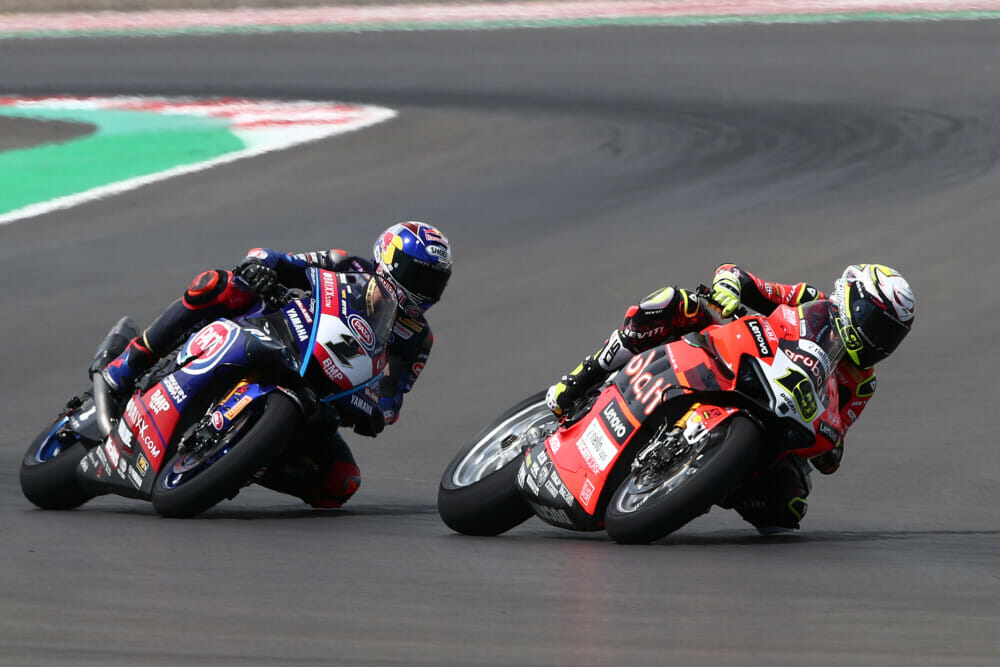 WorldSBK Championship favorite Alvaro Bautista (Aruba.it Racing – Ducati) set the fastest lap on day one of track action at Mandalika with a time of 1:33.626, almost 0.5 seconds faster faster than the next best rider, Toprak Razgatlioglu (Pata Yamaha WorldSBK Team). Every driver improved on his best time from FP1 this afternoon as the track started to give a lot more grip. Bautista, for example, found four seconds of FP1, and Razgatliolgu was more than three seconds faster than his morning best.

The FP2 session was red flagged and restarted twice – once when Hafizh Syahrin Bin Abdullah (MIE Racing Honda Team) fell and his spinning bike was left in the middle of the track, then again when Iker Lecuona (HRC Honda) suffered a big highside and had to be helped by marshals and doctors.

The track was recently resurfaced and proved to be very slippery but also hard on the tyres, prompting Pirelli to provide each team with an extra set of tires for this weekend. Lap times were just under two seconds slower than previous bests at this circuit, as they were used for WorldSSP in 2021.

After a season of near domination by the Yamaha riders, the fastest R6 rider, Glenn van Straalen (EAB Racing Yamaha), finished seventh.