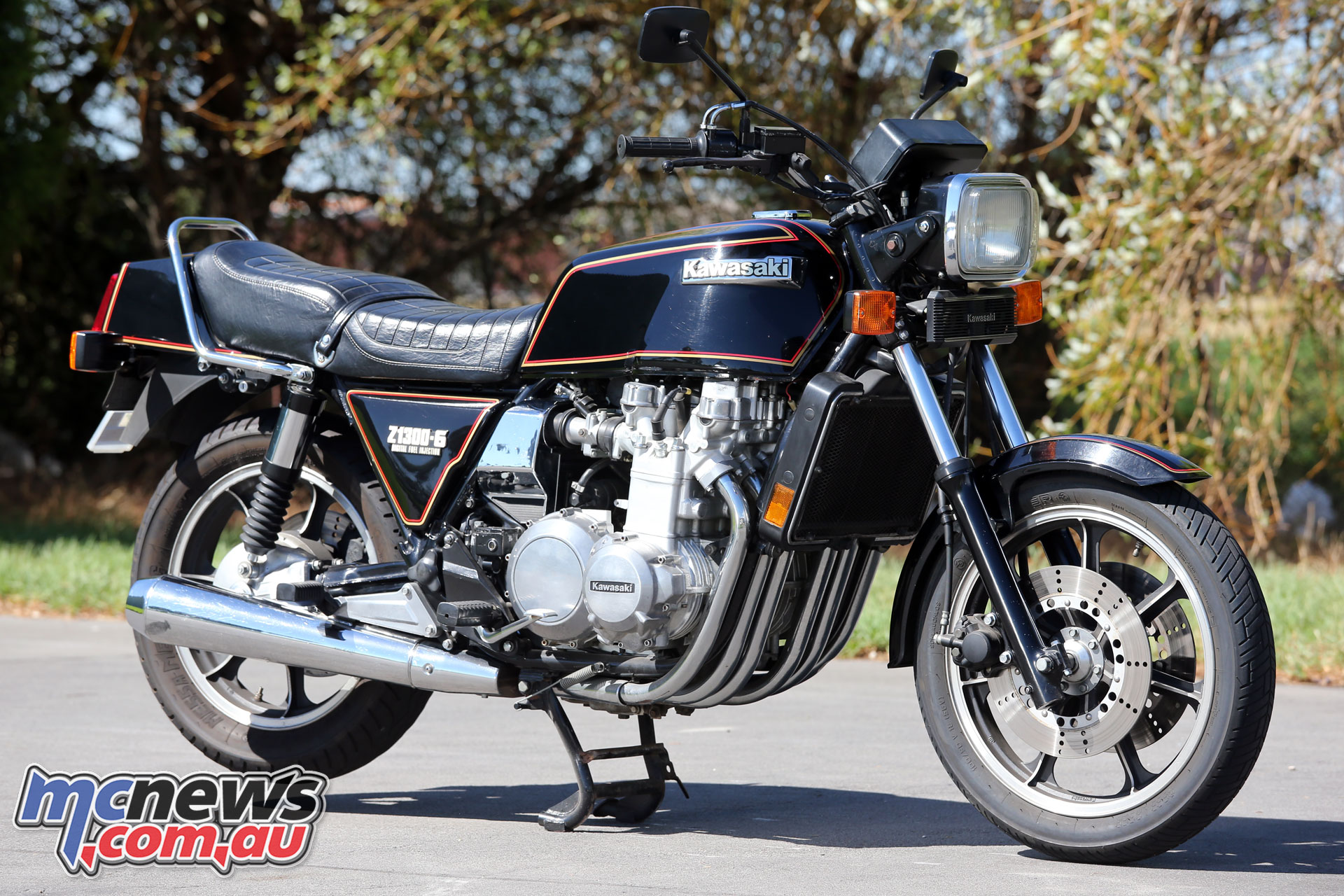 Kawasaki Z1300 | The tallest and fastest kid on the block

Kawasaki has always displayed a penchant for being the biggest and fastest kid on the block. It all started in 1968 with the fearsome H1 500cc three-cylinder two-stroke and continues today with the impressive supercharged H2R.

In between were the stunning Z1 in 1972 and the colossal six-cylinder Z1300 of 1979. Although there has been a line of impressive high-performance Kawasakis since then and some important machines, the Z1300 remains an enigma. Almost thirty years later, it’s a testament to when Kawasaki was obsessed with corporate one-upmanship and ready to break from the four-cylinder “Japanese universal motorcycle” mould.

Although released only four years after the Honda Gold Wing, in 1979 the idea of ​​a 1300 cc, six-cylinder, 120 horsepower, 296 kilogram motorcycle was extreme. The six-cylinder Honda CBX 1000 produced only 105 horsepower, only the Harley-Davidson Classic had a larger capacity engine, and the Gold Wing weighed only 265 kilograms. Kawasaki considered the Z1300 to be the mammoth motorcycle to beat all others.

More powerful than many cars at the time, the Z1300 was the most complicated motorcycle available in 1979. At its heart was a liquid-cooled twin overhead cam engine, the whole thing alone weighing 130 kg, more than some 125cc motorcycles.

The undersquare dimensions (62 x 71mm) kept the engine width to a minimum, but it was still a considerable 635mm. The crankshaft was a forged one-piece type, with plain bearings and a Hy-Vo chain driving an intermediate shaft for the clutch, camshafts and oil pump.

At one end of the crankshaft was an alternator and at the other an automotive-type rubber-elastic harmonic balancer (Lanchester damper) to smooth out torsional vibrations from the long crankshaft.

A Hy-Vo chain drove the two one-piece camshafts and a PCV (positive crankcase ventilation) system of reed chambers behind each exhaust valve-controlled emission. The compression ratio was 9.9:1 and the three 32mm two-barrel Mikuni BSW32 constant vacuum carburetors were flexibly mounted. A five-speed indirect gearbox, with right-side inlet and outlet, drove a bevel gear to the driveshaft.

Impressive and intimidating, in every way, the Z1300 screamed big. Although conventional in design, the tubular steel frame was massive, with a 45mm spine and pressed steel reinforcement.

Two shocks bolted directly to the crown housing and brake caliper mount and the front fork was a 41mm air assisted front axle type. The wheels were 18 and 17 inch with triple disc brakes and stretched to a massive 1580mm wheelbase, with a daunting 809mm seat height. But despite its size and weight, the Z1300 wasn’t easy to categorize. Kawasaki may have envisioned the Z1300 as a touring bike, but it was a far more capable bike than any paper spec listed.

For 1984 the Z1300 gained electronic fuel injection (as seen on this example), boosting output to 130 horsepower, and since many were converted to sidecars or custom specials, original Z1300s are rarely seen Nowadays. Although not a benchmark bike for Kawasaki like the Z1 and GPz900R, the Z1300 remains an important example of the streak of individualism emanating from Akashi.

By the end of the 70s, the era of the giant musclebike was already over. Already, the Japanese were developing a new wave of lighter, more compact Superbikes with more power and handling to match. In this context, critics have often dismissed the Z1300 as an irrelevant example of excess, but they have missed the point.

More than a high-performance Superbike, the Z1300 was an example of a company willing to drastically deviate from the norm. Motorcycle builders aren’t as eager to invest in risky alternatives anymore, and classic, individual machines from the late 1970s and early 1980s, like the Z1300, will probably never be seen again.

Six facts about the Kawasaki Z1300

Why Ducati dominance is a growing concern