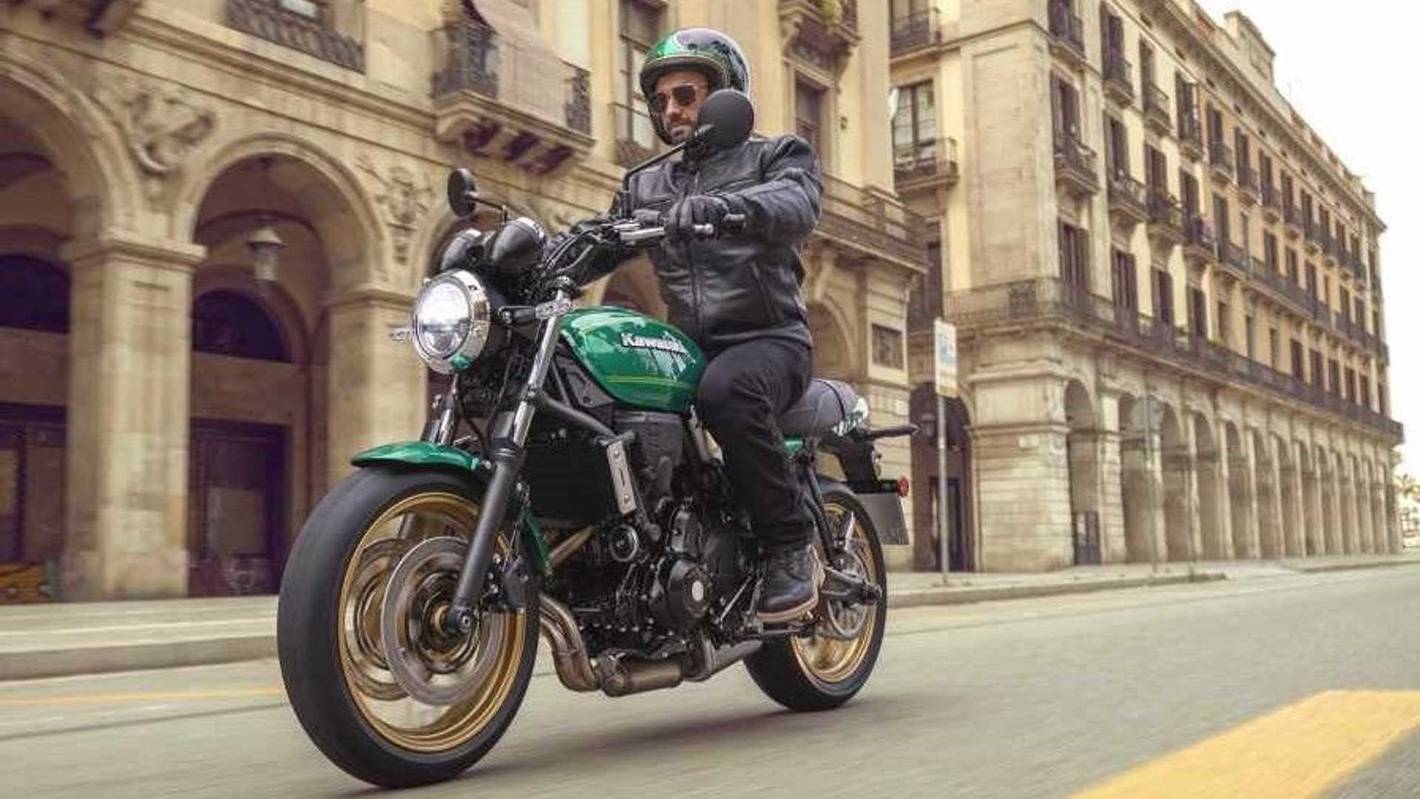 Kawasaki took the neo-classic styling of the Z900RS and gave it a 650cc LAMS-approved parallel twin engine. Discover the Z650RS.

The modern, retro naked motorcycle uses Kawasaki’s familiar 650cc twin-cylinder engine to generate 50kW / 66Nm, with tuning optimized for low / mid-range power. This should make it more usable for new runners. According to Kawasaki, torque peaks in the 3000-6000rpm range.

As mentioned, the classic styling follows the 2017 Z900RS, with a single round headlight complementing an oval taillight. A trellis frame surrounds the engine, which acts as a stressed element, while the green paintwork pairs well with the golden wheels.

A black version will also be available.

Compared to the mechanically linked Z650, the RS version has handles that are 50mm higher, placed 30mm further back.

Weight is kept at a full 186kg weight thanks in part to lightweight wheels shod with Dunlop Sportmax Roadsport 2 tires.

A low-slung exhaust keeps that mass in the center, and a short wheelbase paired with straight forks should result in a nimble machine.

A pair of 300mm discs up front are bitten by dual piston calipers, along with a 220mm rear. ABS is also standard to further improve braking.

The standard kit includes an assisted and anti-dribble clutch, analog rev and speedometers with a small digital display tucked between the two and LED lights on the front and rear.

Kawasaki New Zealand has confirmed that the Z650RS will arrive in the country in November, with pricing to be announced closer to the time. Expect it to rival the $ 13,599 Yamaha XSR700LA.

Why is there no direct gas injection on motorcycles?