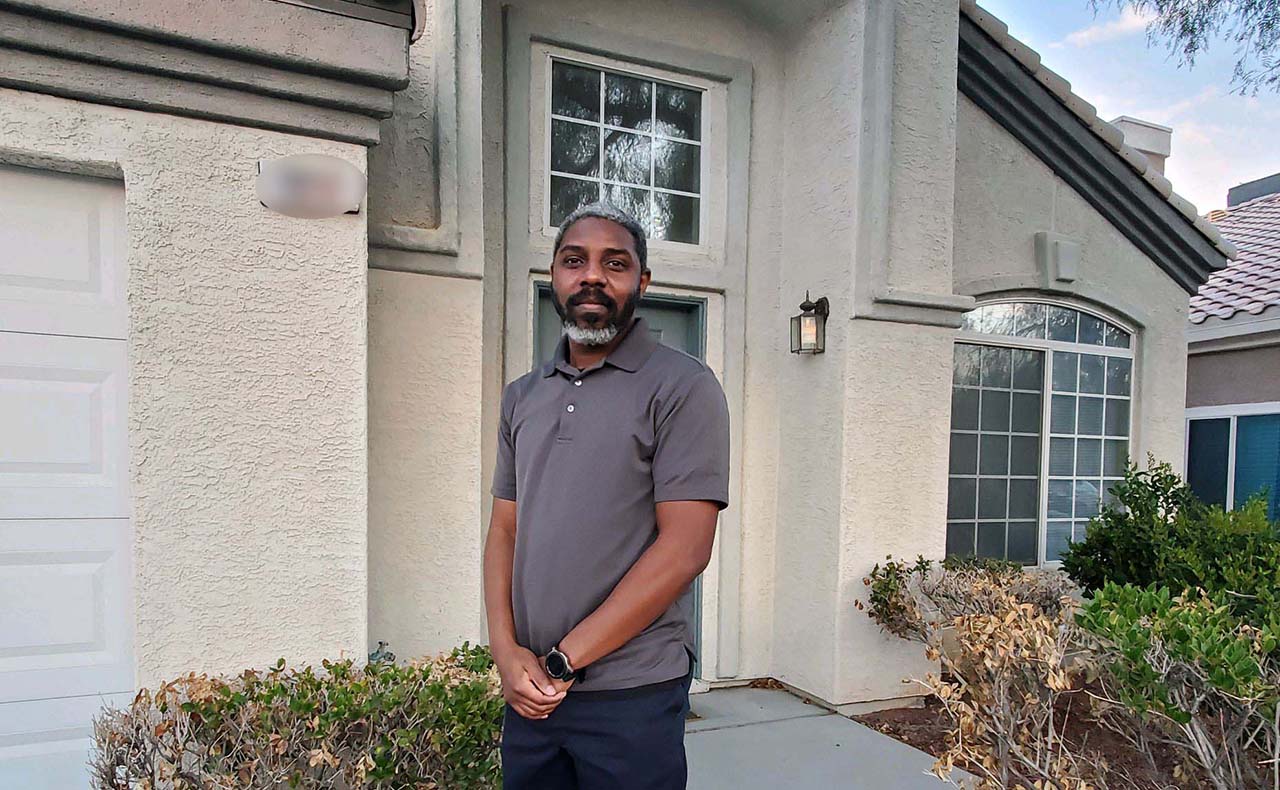 As the rent kept rising, he considered moving his family overseas. Then the retired sailor learned by word of mouth that he was eligible for veterans benefits which included a home loan with no down payment.

In August, Jernigan bought her first home, moving her family across the valley to a neighborhood near Buffalo Drive and Elkhorn Road in Centennial Hills.

His experience is only part of a larger story that has unfolded in the United States during the pandemic. Military service has proven to be a route to home ownership. And black veterans have been among the biggest beneficiaries.

In general, veterans believe in home ownership. About 80% of veterans are homeowners, compared to about 64% of civilians, according to Chris Birk, director of education for Veterans United Home Loans. And as young veterans reach the stage in life where they want to buy a home, VA benefits help make that happen.

Poor or insufficient credit was the reason black consumers were denied mortgages at a rate 84% higher than white consumers in 2020, according to a recent Zillow report.

Black veterans have capitalized on their advantages and are joining white veterans in buying homes, closing the gap since 2015. In 2019, 58.7% of black veterans were homeowners, compared to 78.3% for white veterans. By comparison, black Americans owned homes overall at much lower rates than white Americans.

And homeownership among black millennial veterans has grown faster than any other demographic group, veteran or civilian, at 17%.

Birk said VA loan programs “level the playing field” for veterans by removing many barriers that have stood in the way of getting a loan: large down payments and monthly mortgage insurance. Veterans United is the nation’s premier VA purchase lender.

That doesn’t eliminate all the hurdles, especially in Las Vegas, where the competition for homes gets tougher with each passing month.

“It was heartbreaking to lose so many beautiful homes,” Jernigan said. As prices continue to set records, the bidding wars have pushed many people out of the market. Jernigan said having a real estate agent was an important part of closing the deal on his home, and he encouraged others to go that route.

When they lost other chances, agents “reassured my wife and I that we were making strong offers and the market was just wild right now,” Jernigan said.

“I’m very happy to have invested in a home,” Jernigan said. He doesn’t think he would have bought without his veteran benefits. “A lot of it had to do with me not even understanding my benefits.”

Birks said about 15% of veterans don’t even know they have a home loan allowance.

Jernigan explained that there are a lot of benefits beyond just the loan.

“With Veterans United there are a ton. Even as simple as having the movers locked up for me,” he said.

He added that he got help figuring out what he could afford – an important part of the process as prices continued to rise in Las Vegas. His initial price range – around $200,000 – doubled as he learned more about its benefits.

It was a difficult step to take.

“At first it was, but after the market has continued to rise and renting has become as expensive as buying, it just makes more sense,” Jernigan said.

“I researched at home thinking I had done my homework, but there was still a ton of stuff I didn’t know,” he said. “Fortunately for me, the people at Veterans United are some of the most helpful people I have ever met. It actually shows you how much they care about every single person I interacted with, I felt that “they were completely focused on my issues from start to finish. They were even kind enough to check on me long after I closed my house.