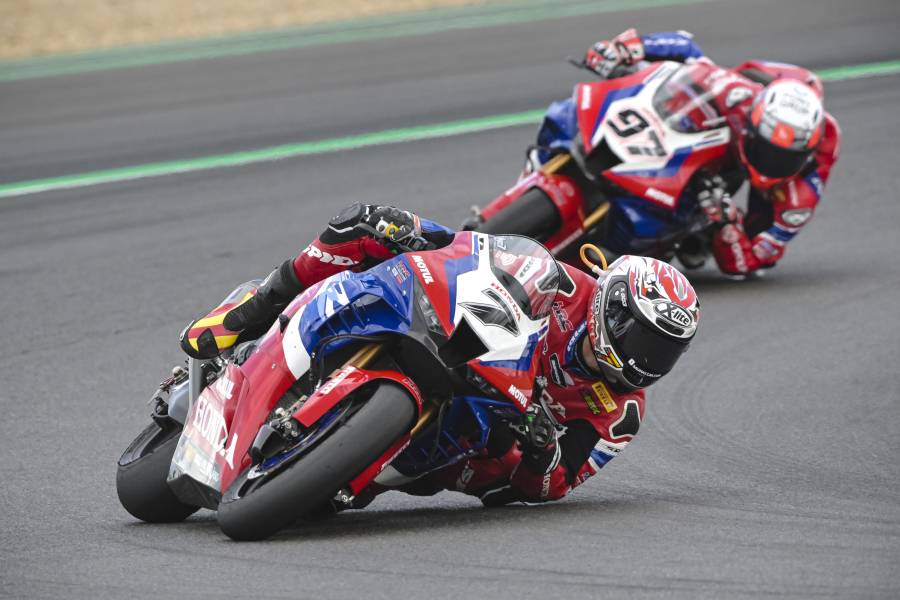 Lecuona and Virgo do their best to meet a challenge…

The final 30-minute practice and the 15-minute Superpole took place on a dry track this morning, after yesterday’s preparation which took place in fully wet conditions.

And so it was that the two rookies, with less than an hour of dry track experience under their belt, embarked on their very first race on the French circuit, bravely demonstrating their speed and competitiveness. Both were able to keep pace with the leaders during the first half of the race, before being forced to slow their pace somewhat in the final stages.

Earlier in the day, the HRC team made the most of the short 30-minute final practice session, working hard to prepare their CBR1000RR-R bikes for Superpole and a possible dry race. Lecuona clocked a 1’36.892, just seven tenths off pole position, and Virgo clocked a 1’37.280, meaning they qualified thirteenth and fourteenth respectively in a hotly contested Superpole session.

The first 21-lap race of the weekend started in dry conditions at 2 p.m. local time. Lecuona moved up to twelfth on lap two, before two of the lead riders crashed and the Team HRC duo moved up to ninth and eleventh. As the race progressed, the two factory riders were able to find a very fast pace, doing laps with similar times to the race leaders and reaching sixth (Iker) and eighth (Xavi) halfway. Neither was able to maintain their earlier pace in the closing stages, meaning Lecuona eventually crossed the line ninth and teammate Virgo thirteenth. Nevertheless, the factory duo have learned a lot from today’s experience and are ready to use that tomorrow to fight for a much better result.