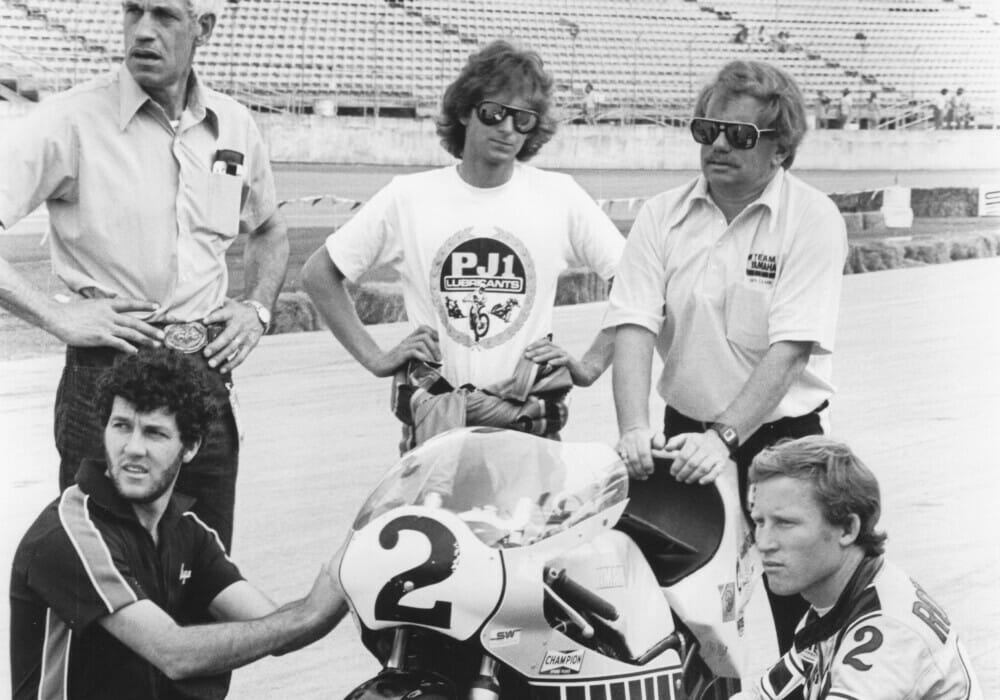 Kenny Clark, one of the most successful race directors of all time, died last week at his Idaho home, according to his family.

Clark led Yamaha’s racing efforts in the United States for just over a decade starting in 1978 and oversaw a very successful period for almost all of Yamaha’s racing programs. Clark also had a major influence on US Yamaha by supporting Kenny Roberts’ efforts to compete in the FIM 500cc Motorcycle Grand Prix World Championships.

In a 2013 interview with Cycle newsClark was asked what was the most memorable act he took in running Yamaha’s racing programs over the years and his response was a bit surprising.

It was the launch of the Yamaha FZR600 in 1989. The AMA 600 Supersport had become the â€œwin on Sunday, sell on Mondayâ€ category and 600cc sports bikes were selling like hot cakes. The FZR was a solid entry to challenge Honda’s 600 Hurricane and Suzuki’s Katana, no doubt, but Clark wasn’t taking any chances.

They call it â€œoff the beaten trackâ€ today and Clark’s choice of rider was inspired to say the least. He decided to put John Kocinski on the new FZR, along with four other pilots. Kocinski, who had ridden 250GP motorcycles, had no experience on Supersport motorcycles, nevertheless, he was absolutely brilliant on the new FZR, and he ran away with a dominant victory. It was one of the most successful sports bike launches. The sales figures have exploded.

Clark left Yamaha in 1989 after budget disagreements with Japan-based management. â€œI don’t think anyone ever knew I was forced out,â€ Clark said. “I just told the media that Yamaha can afford to pay me or Damon Bradshaw and Bradshaw is a lot faster.”

Clark went on to lead a team that won personal watercraft championships with the support of Bombardier. Clark brought in his former Yamaha cohort Kel Carruthers to build the engines for the watercraft effort. It was Clark’s last job in the race.

During his retirement years, Clark lived in Idaho and enjoyed spending time with his grandchildren, riding his various off-road motorcycles, and riding his Chevy Trailblazer SS.