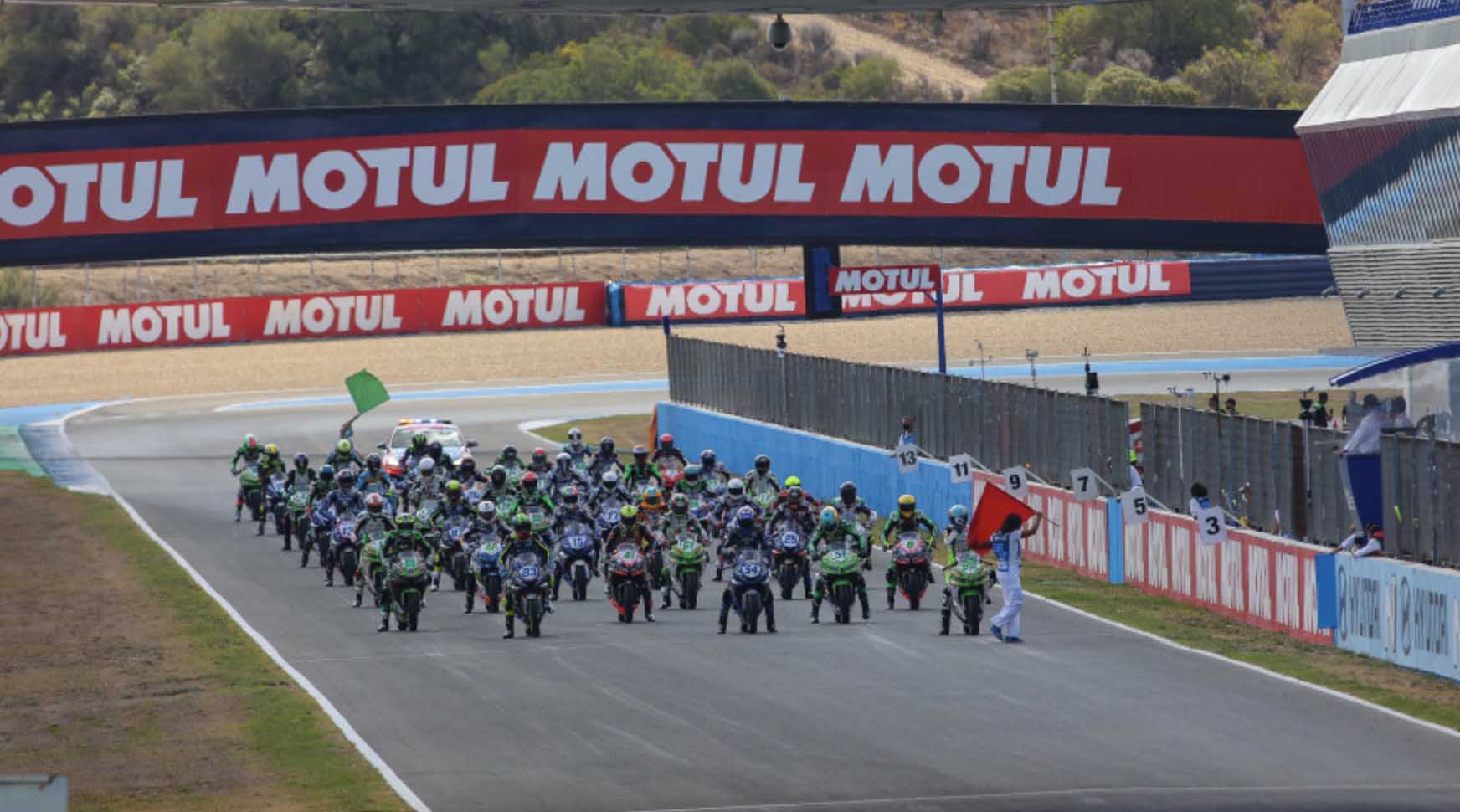 I have been racing for 40 years. The circuits are my home and I have always felt comfortable there. However, every time I embark on a circuit, I always think of Ulysses and the Cyclops. And the cave where the monster can devour anyone who enters it.

There is no contradiction in this thought / nightmare: Motorcycle racing is a dangerous sport and over the years, from those of the production race, through the first years of the world championship, I have lost several friends: Tommaso Piccirilli, Sauro Pazzaglia, the first showed me the lines in Vallelunga, with the second I shared a caravan in the races, in the sense that if that happened, he accommodated me.

It was the time when Ezio Pirazzini, a colleague of the past, one of those who did not ride a bicycle, wore a headscarf but had lived through even more heroic times of motorcycling, told me: “either we stop running, or we stop crying”.

He was right, of course, and yet if we take away Michel Rougerie and Patrick Pons, died of a crash (and tragically united in this fate), I don’t remember many other fatal crash cases of runners. The case of Reinhold Roth, in Rijeka, belongs to another fate.

Yes, it’s true, there was Tomizawa in Misano, but only this year we lost three young guys from smaller categories in accidents too similar to be a coincidence defined by my friend Franco Uncini like “inevitable tragedies”.

Franco, by the way. He is right, having himself been the victim of a similar event – it was in 1983, in Assen and it was Wayne gardner who hit him – but he miraculously came out alive.

I don’t blame the age, although I don’t fully appreciate this desire to speed up access to racing at all costs. More and more young champions add nothing to my passion.

The fact is that today the rules are made more to boost the show than for something else. And that explains why in every category, from production to MotoGP, every class has a scary performance.

This obviously serves as a prelude to fierce races during which long trains of runners are formed in the wake of each other. All with their noses in the tachometer for a loss of one km / h of top speed, both motorcycles powered by single-cylinder engines of 50 hp and four cylinders of 300 hp.

Obviously, the more speed increases, the more talent counts, but that’s not the only problem. The point is that today with 4-stroke engines from small errors, line, engine use, you lose nothing.

Do you remember the whistling 2-stroke races? Even if Schwantz, Rainey or Uncini himself rode, missing a line, braking, entering a bend meant losing the group, in more than a few seconds. The engine, under torque, did not push and you were left behind.

With the small 50 or 80 cc or the 125, driving clean was a categorical imperative: if you made a mistake, you paid on time. Oh, notice, there were already trains back then, but not 40 cars!

Banning both strokes was an unforgivable mistake: they taught you how to ride. I would reintroduce them for the very young. In addition, they also cost less than the four strokes and are less consistent in their performance. Maybe now nobody cares, but they also trained the mechanics.

And then there is also the weight. Today an SS300 is close to 160 kg, and since performance is what it is, the accelerator never closes, so much so that I am surprised that there are so few collisions between the “carriages”.

And with 40 riders at the start, it is only a wild peloton from which emerge those who have talent, of course, but also those who have more guts to slip, fairing to fairing, in the straights. Either way, around the corners, the friendly four-stroke engine pulls you in one way or another, even if you enter along or out of the line.

Then, the inevitable corollary of pro-show rules I mentioned earlier, the bikes are all the same. Pay attention to this: this is also happening in the most competitive category, MotoGP. Years ago, before you could earn a factory bike, you had to finish in the top five of the World Championship, and sometimes that wasn’t enough either. There was a performance difference between Barry Sheene’s official Suzuki and the one purchased by the Uncini dealer.

And this rule was valid in all other categories of displacement because you bought a Yamaha 250 and 350 from the dealer and in the 50 and 125 we are talking about almost homemade motorcycles. While young riders (not yet very young) were trained at the derivative production school. Bikes that, when they were doing well, had about ninety horsepower.

So it’s true that accidents are inevitable, but it’s also true that we don’t do anything to avoid the stupidest ones. Months ago i was talking to Emmanuel Pirro, ex-F1, five-time winner at Le Mans, about the famous or infamous green space which, at the exit of a bend, if you overturn you risked a penalty.

“What I don’t like, other than following the rules – Pirro told me – is that this new situation comes at the expense of clean driving “.

Because years ago if you got off a line you would find yourself on the “big teeth” of the high curbs and if you were in a car you would break the bottom, on the bike you had to go down the throttle … taught you how to ride, you learned that the throttle doesn’t always have to be fully open, so it doesn’t matter if I go wide! Like hell! You ended up in the gravel and if you were good you would stay standing, otherwise you would crash, but the bike rarely returned to the track.

These innovations, let’s face it, were introduced not for safety but for the show, like sticks folded into a ski. It is clear that in sport we adapt and we change according to the opportunities: Tomba entered straight with the best line on the post, the biker always keeps everything open because at most, whatever happens, he finishes on the green.

This is the wrong way to approach racing.

We’re tired of creating single-brand championships that have the same bikes to excel in which you have to learn to run in a different way. Take the Moto3: the fifth and sixth gears are made, depending on the circuit, according to the wakes, to take advantage of the higher speed, so there is even a 35 km / h difference between one gear and another. Runners always run glued to their opponent’s ass thanks to the wake. Let’s try to write rules that reward the best. And it doesn’t matter if instead of a long train, four or five groups of a few runners will form.

And let’s invest more in security. It took the genius of Lino Dainese, closely followed by Alpinestars to give us leathers with airbags. Letâ€™s not stop there. And then, if we don’t want to fully address the age / participation / bike question, we make the youngest breed not in wild bunches but in series. Two starts of 20 riders, even less. Three incidents with the same dynamic in six months are a red flag that it is foolish to ignore or underestimate. Look at the photo illustrating this article and try to count the starters. There is nothing more to add.