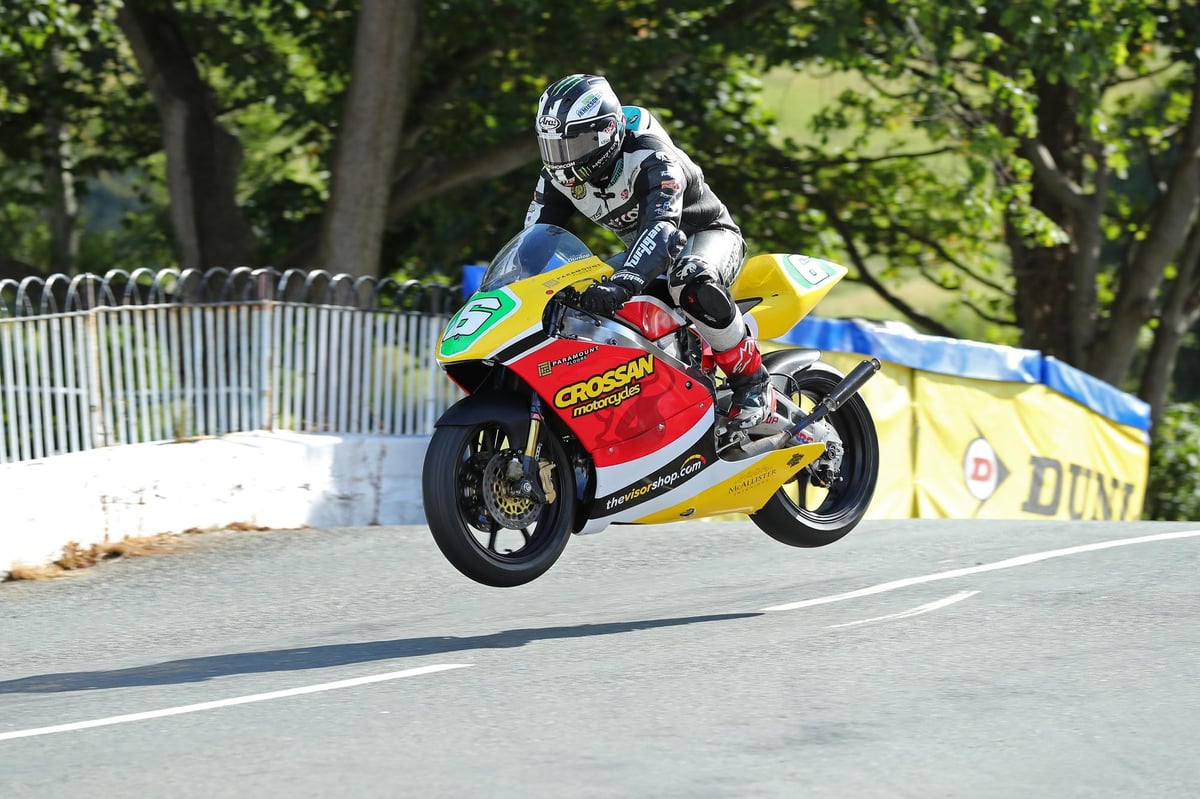 Dunlop was second fastest in the first lightweight qualifying session at the Manx Grand Prix after completing a single lap in Crossan Motorcycles’ red and yellow livery – the same colors used by his legendary late father Robert when Michael began his racing career.

Michael Dunlop on the Honda RS250 in Crossan Motorcycles livery at Ballaugh Bridge during practice for the Manx Grand Prix on Sunday.

Adam McLean of Northern Ireland, who was also due to ride a Yamaha TZ250 for the Lay-Law team, is not up for it.

Dunlop, now a 21-time TT winner after his Supersport double in June, said: “It was a consistent first lap and the bike hasn’t been ridden for about 10 or 12 years.

“We knew we’d be a little behind with it the first time around, and it was over-equipped and overcast, but it worked well.

“I just wanted to get a ride under my belt and use it as a test.”

Paul Jordan was fourth fastest in Classic Superbike qualifying at the Manx Grand Prix on Sunday on the Mistral Kawsaki.

Dunlop, however, was unlucky in the opening Classic Superbike session on the Team Classic Suzuki GSX-R750 SRAD, dropping out on his first lap at Greeba Castle.

He will now look for a trouble-free run on the machine on Monday evening, when testing is due to continue from 6:20 p.m.

“I had a run on it a few weeks ago at Bishopscourt and it should be a bit more nimble than the XR69.”

Classic Superbike leader Brian McCormack on the Greenall Kawasaki at the Manx Grand Prix on Sunday.

Hodson was on course for another fast lap when he was forced to a stop with a broken exhaust bracket.

McCormack was called up to Greenall’s squad as a late replacement for Derek Sheils, who was unable to participate due to family commitments.

“I’m happy to be here and unfortunately Derek Sheils had to step down,” McCormack said.

“I was supposed to ride the British Superbike round at Cadwell Park, but I couldn’t say no to an opportunity like this.

“I struggled a bit in the TT so I wanted to come back here.”

Lee Johnston had clutch issues with the Ashcourt Honda RC45, while Paul Jordan was fourth fastest on the Mistral Kawasaki behind Craig Neve (Alasdair Cowan Kawasaki).

David Johnson – the winner in 2019 – was fifth fastest, also riding a Kawasaki for Alasdair Cowan.