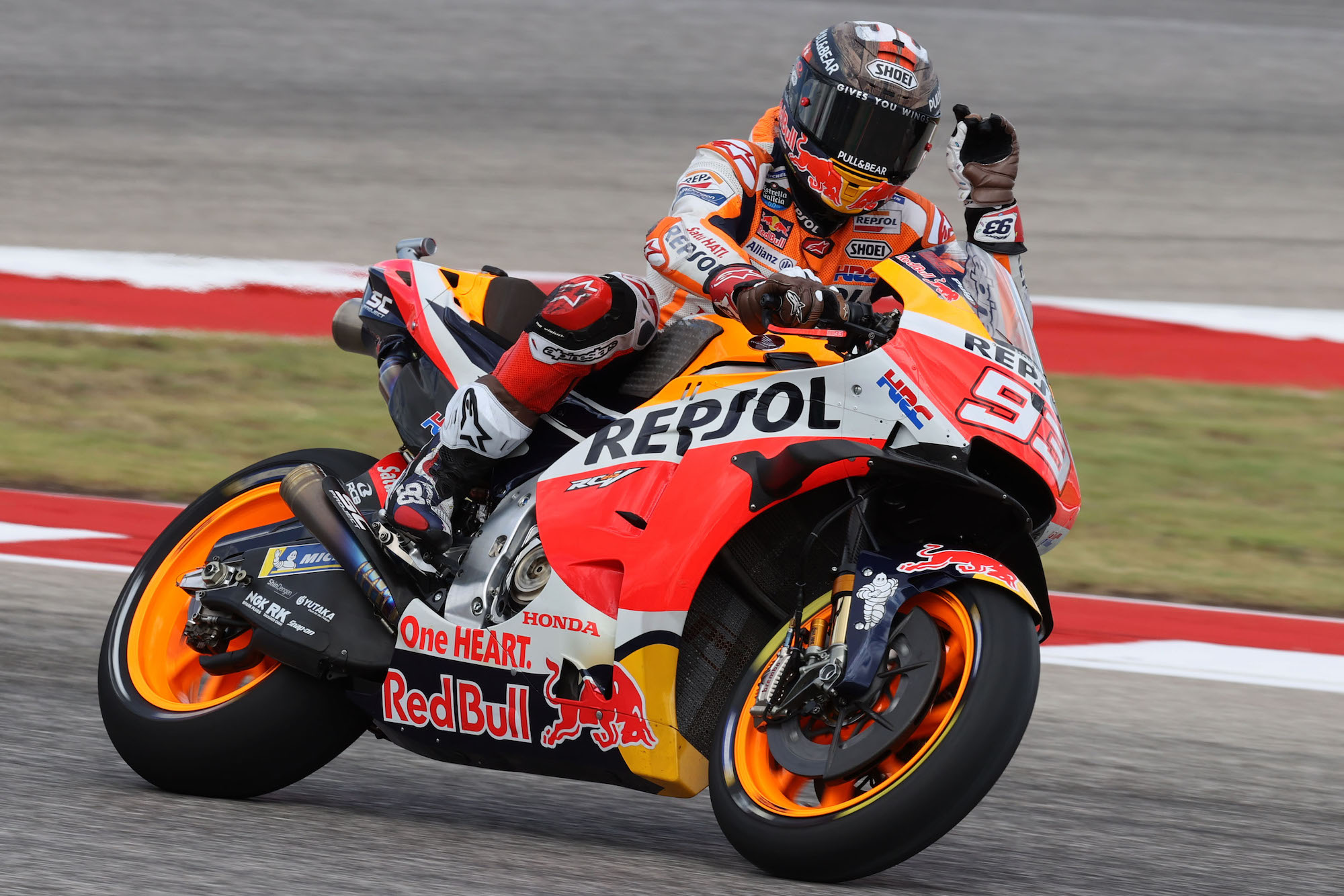 Marc Marquez showed some of his best form in Friday’s free practice at the Circuit of the Americas as he led both sessions when MotoGP returned to the United States for the first time in two and a half years.

The Spaniard – well known for his preference for the more unusual counterclockwise circuit setup – was fastest in the humidity and again in the afternoon’s dry session for end the day in the lead for Repsol Honda.

Despite the circuit length of over 2 minutes, it was however close to the top with Jack Miller just 0.015 seconds behind the six-time MotoGP world champion as the top-ranked Ducati.

Championship leader Fabio Quartararo quickly took the lead over Pecco Bagnaia ahead of what could be a pivotal race for both title fighters, with the Frenchman again by far the fastest Yamaha rider in third, while Bagnaia could only settle for sixth place.

Between them, Honda got off to a good start to the weekend with Pol Espargaro in fourth place, just ahead of his LCR counterpart Takaaki Nakagami.

Elsewhere, there were crashes for Aleix Espargaro – leaving him 19th on Aprilia’s only entry – and Miguel Oliveira, the latter’s fall compounding a day that did not allow KTM to place its motorcycles in the top. ten.