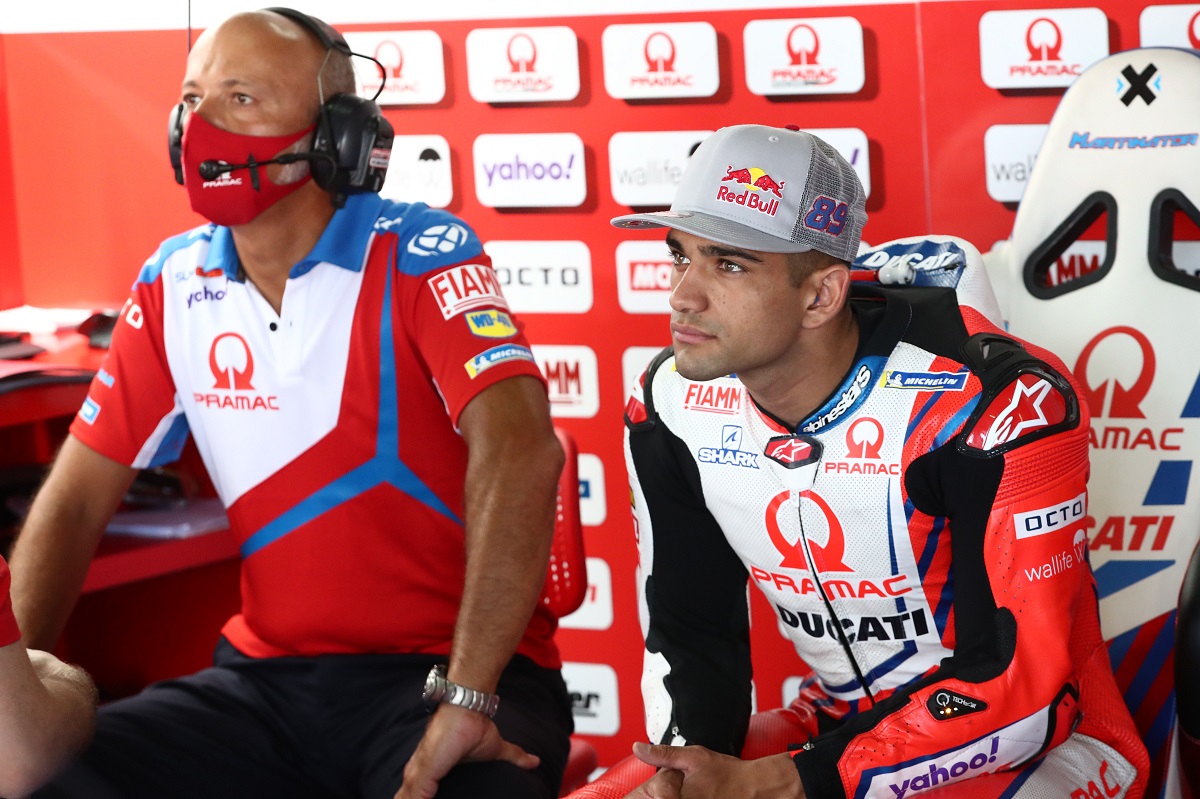 Jorge Martin feels he missed a podium chance on the Circuit of the Americas due to a long â€œnot fairâ€ lap for using the clearance zone at Turn 5.

The Pramac Ducati rookie progressed well in the early stages to get ahead of Francesco Bagnaia and Suzuki’s Alex Rins in third before tackling series leader Fabio Quartararo for second place, but ultimately couldn’t make a move and settled behind the Yamaha Man.

He managed to keep a constant gap of just over a second on Quartararo for most of the contest, although he began to have physical issues around the demanding Texan site in the finals, suffering thus soon the pressure of a reborn Bagnaia.

After almost climbing up at Turn 5 he was forced to cut off the runoff on the inside of the turn, although due to not allowing enough time after joining he received a long lap penalty which left him would drop back to his final final position in the fifth because Rins also took profit.

Martin expressed his frustrations with his post-race penalty as he felt he could have caught up with Bagnaia on the last lap to regain his result on the stand, while accepting that he “didn’t even try” knowing that he still had to serve his “not fair” sanction.

“I started off pretty well and felt confident and the pace was really good, but then I almost climbed (at turn 5 before going off the track) and lost time but then I got the long ride, which I think isn’t fair, Martin explained.

“The rules are like that and I had to lose the position, but the first 15 laps were amazing and I was super strong but in the end my physical condition was not 100% so I had a lot of wrong.

â€œI’m happy for myself and for the team as we are going in the right direction to continue to grow, today was a great race overall and probably the most difficult of the year physically, so almost finished on the podium is amazing.

â€œWhen I saw it was (Francesco) Bagnaia behind it was better because I can fight more effectively with the Ducati compared to other bikes.

“I was close to him but I had the long lap so I didn’t even try, for sure if I didn’t have the long lap I would try to overtake him but he is also fighting for it. championship and it might have been risky if I had.

Martin says his task of getting to the end of the Grand Prix of the Americas was not helped by his still suboptimal physical condition that stems from his nasty accident in Portimao in April, in which he suffered fractures to the hand and foot.

The 2018 Moto3 world champion still hopes Ducati can make further progress in making the Desmosedici easier to ride after revealing that title contender Bagnaia was also “destroyed” after the race, although he conceded that he was content to save a top five despite his challenges throughout the event.

“I’ve never been 100% (physically) from Qatar, I’m used to being in this condition but would rather be at a higher level and not be too tired, but also the bike is ( tiring) because Pecco is also destroyed, so we have to try to work on that, â€continued Martin.

â€œI’m satisfied because before the race I didn’t expect to be in the top five.

“I just have to make sure I keep going down this path so I can fight for Rookie of the Year.”