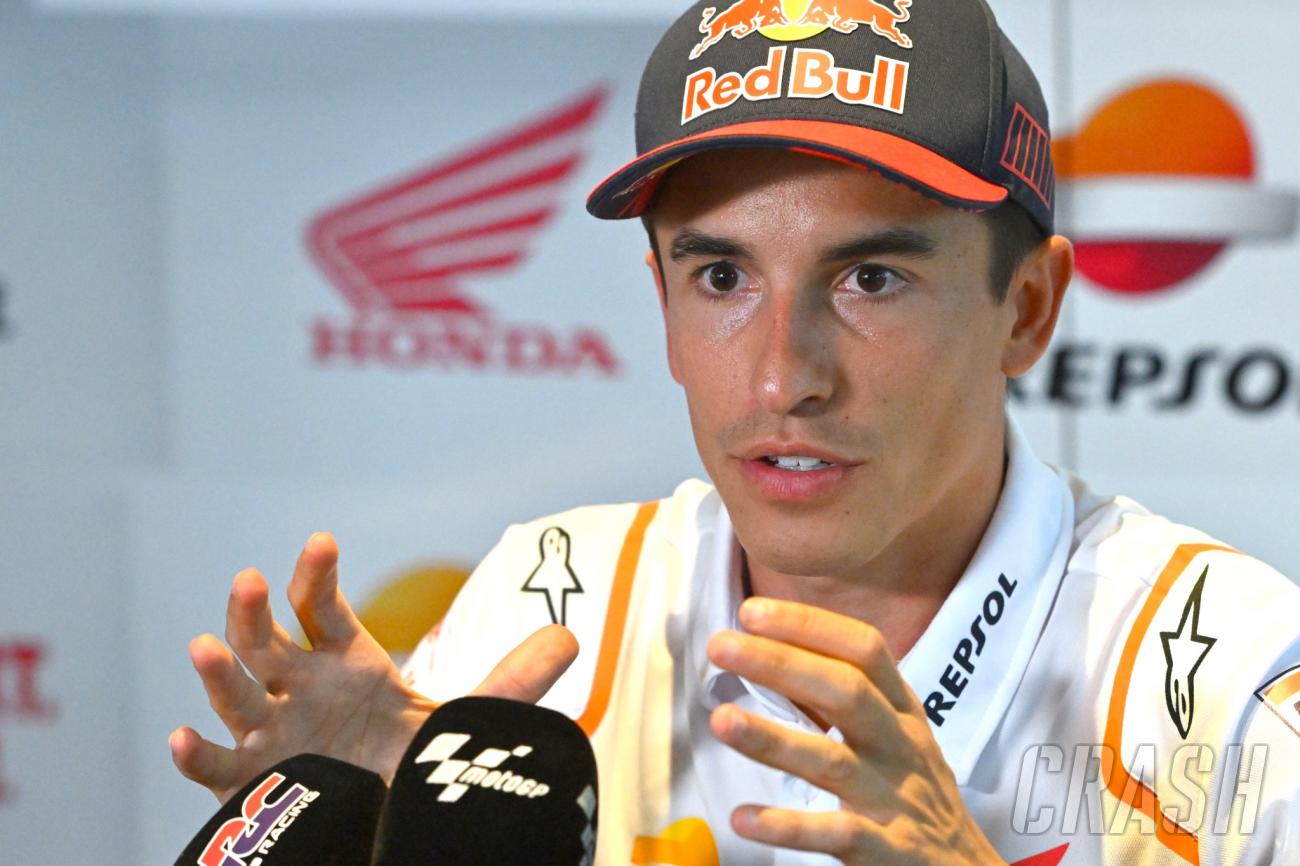 Dr Sanchez Sotelo of the Mayo Clinic, where Marquez underwent fourth surgery on his right arm in early June, reported that the Spaniard ‘has regained a great arc of movement’, ‘has recovered well from a muscular point of view’ and has “complete bone healing”. .”

The extent of the increase in mobility in MotoGP terms will not be clear until Marquez rides a bike, with the Misano test (September 6-7) still on the cards, but evidence suggests up to now that Marquez will be more comfortable than at any time. since the initial fracture in July 2020.

This in turn puts the spotlight back on Honda to deliver a winning package to Marquez in 2023.

Honda currently sits sixth and last in the constructors’ standings with just one podium, by Pol Espargaro, at the opener in Qatar.

RCV have only taken one top ten finish since Marquez retired for surgery and, despite missing 7 of 13 rounds this season, he remains their highest-ranked driver at just 15th.

Talk to DAZNMarquez pledged his loyalty to Honda, but also warned that the RC213V had to become a “winning package” again.

“My future depends on Honda,” Marquez said. “I have two more years on my contract. Honda is Honda, my dream brand and I’m very grateful to them for that, but as long as I compete and think I can have the level, I want a winning project. Otherwise. ..”

And what could Marc be thinking, some have speculated, if younger brother Alex – whose form, style and speed he knows better than any other rider – takes a big leap in performance after moving from Honda to Ducati next season?

Speaking at the Red Bull Ring last weekend, Marc Marquez insisted he was open-minded about what the Honda RC213V needs to become and that it’s not as simple as going back to what it was. which has worked so spectacularly for him in the past.

“I want a winning bike. But maybe the Marquez style bike, the old style of bike [until] last year or two years ago, wouldn’t work now because the category changes,” he said.

“Before, the bikes were very low and short, and now they are getting big [long] and big.

“I say it like that [to them] which is our weak point, where I struggle the most and where we lose compared to other bikes.

“But they [Honda] know the numbers and they are the engineers and I believe in my engineers. If they say they are convinced of a change, I will believe in them.

Nevertheless, the task facing Honda for 2023 is “great”.

“The last [developments] on the bike I didn’t try, but the last time I rode Mugello it was a tough, tough bike, it was so hard to get the benefit of the bike.

Marquez and Honda have won six of seven world championships between 2013 and 2019, but the key stat is that no other Honda rider has won a MotoGP race since Cal Crutchlow in early 2018.

It didn’t matter while Marquez dominated, with the Spaniard effectively handing Honda not just the drivers’ crown but also the teams’ and constructors’ titles in 2019, but Jerez’s 2020 arm fracture changed everything.

Rather than returning to continue his winning streak, Marquez has been dogged by healing issues since, plus two more bouts of diplopia.

Getting in and out of racing also meant Marquez was unable to lead the development of the 2021 and 2022 bikes, forcing Honda to trust feedback from other riders.

One theory is that if RCV could be tuned to work better for others, it would also be easier for Marquez. But it didn’t work like that. The quest for more rear-end grip resulted in a heavily revised 2022 machine that, after the initial promise, proved problematic for everyone, including Marquez.

What should Honda do to get out of its current hole?

“For me the most important thing now is not on the bike, it’s more in the project, in the coordination area,” Marquez said. “All information within the team must flow properly, in all areas.”

Marquez added: “I don’t want to say that Honda has to work like the Europeans, because finally the Japanese style has also worked a lot in recent years and we have won many titles in the last 10 years.

“But it’s true that in the end the world changes, the championship changes and it’s like when young drivers arrive and the driving style changes. You have to try to investigate, find a way to be the best and improve yourself. And in this part, Honda works very hard.

“But it is important in a difficult moment not to panic. Panic will now be the worst enemy. So the most important thing is to try to analyze the situation, which they do well.

“I totally believe in them. I had surgery on my arm to get back to the top with Honda. That’s my goal, but it’s true that to achieve that goal everyone has to work the same way.

Emphasizing that as a rider, rather than an engineer, he cannot request specific technical changes, Marquez explained:

“We see European teams working in a different way,” he said. “When I say change the team, it’s the concept, the coordination.

“I’m not one to say ‘this is it’ because Honda is the brand that has won the most titles in the world and I’m here with Honda because I believe in them and I believe I can come [back] on top with them.

“But it’s true that they have to understand how to organize themselves well, because each year we have more and more races, fewer tests and the work in the factory becomes more and more important than on the circuit. .

“But the circuit [work] must work with the factory.

There will be even less time for a race team to work on bike development during MotoGP weekends next season, with a Sprint race on Saturday instead of a free practice session.

Marquez will also have a new teammate next season with the return of Pol Espargaro to KTM and who will be replaced by Suzuki’s 2020 world champion Joan Mir.

Norton Motorcycles: New CCO talks about the future of Norton