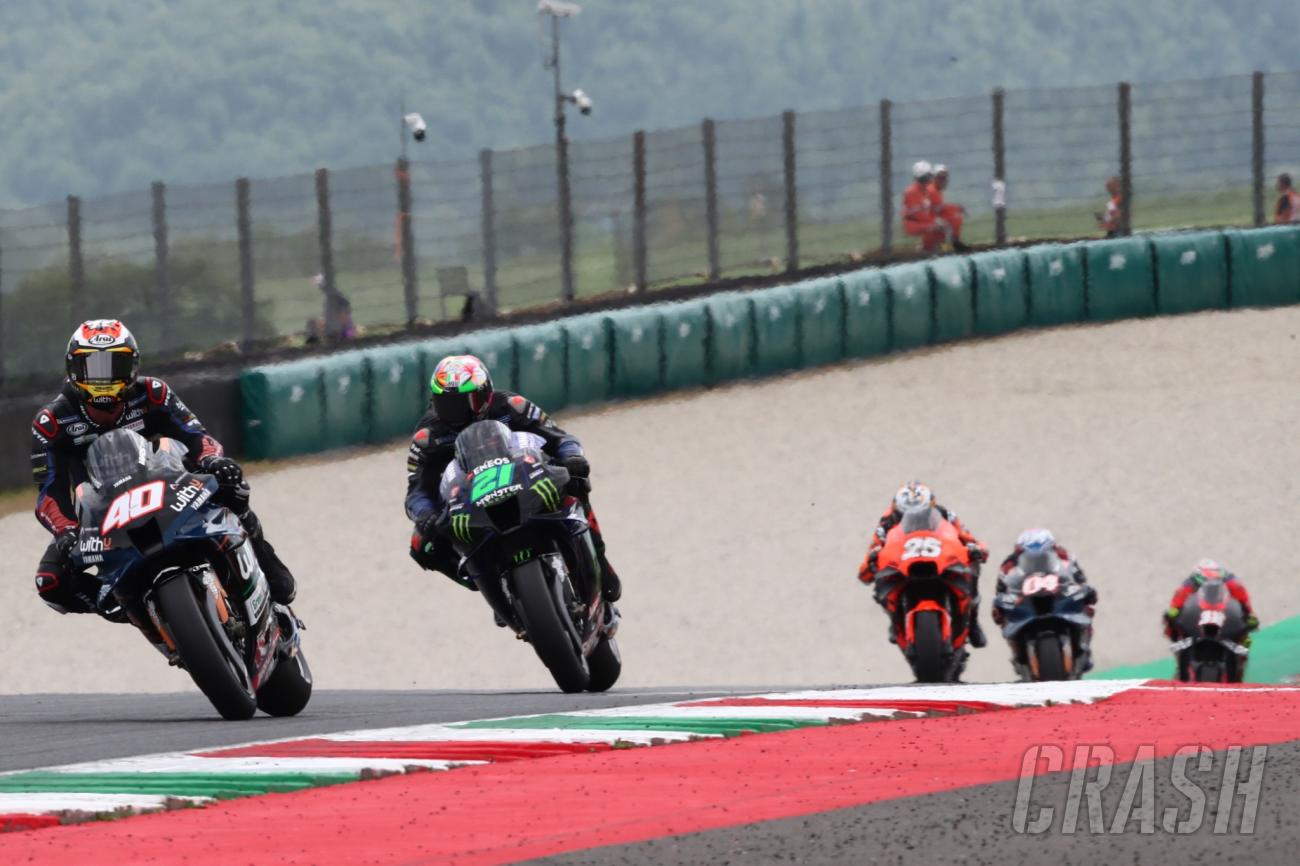 MotoGP Mugello: ‘Best race’ for Darryn Binder: ‘I deserve to be here!’ | MotoGP

On a weekend where RNF announced that he would be switching to Aprilia machines from next season, Binder firmly threw his hat into the ring for one of the RS-GP races by delivering his “best race ever”. in the premier category.

The South African fell from 20th to 17th on the first lap but was then forced to serve a long penalty for falling under yellow flags in free practice, dropping him to 23rd.

Binder made his comeback intentions clear by briefly passing factory Yamaha’s Franco Morbidelli on the next lap, with the pair staying together as they worked their way up the order.

But it was Binder, on the year-old A-spec bike, who had the last laugh, snatching 16th place from Morbidelli at the checkered flag.

Morbidelli confirmed: “Darryn Binder was behind me the whole race but then used the wake to overtake me by 0.031 seconds at the finish.”

Binder’s result was still a long way off his ninth in the wet at Mandalika, but subtracting the 2.5 seconds lost on the long lap would put him in battle for 13th with Jorge Martin, Alex Marquez and Jack Miller.

“For sure [it was my best race]”, said Binder. “Obviously the position was better in Mandalika, but it was the first real race where I could attack throughout the race.

“I found the pitch I was looking for on Friday with the confidence up front. So all weekend I felt pretty happy with how things were going on the bike.

“It was such a shame that I had to go the long way. But luckily I managed to get back among the guys.

“Each lap I just started to understand a little bit more when the tire dropped. And I feel like I’m really able to ride and learn.

“I managed to bring it home as a second Yamaha and that makes me happy.

“Because I feel like I deserve to be here, I know how to ride a motorbike! And I feel like I have the potential to do well. I just need some time to figure things out. “

Team boss Wilco Zeelenberg admitted that it had been a pleasure to watch Binder take on and beat the works Yamaha of the former Morbidelli team rider: “To see him fight with the boys, especially Franco and beating him on the last lap made the team very proud and we celebrated that as a victory.

“We are extremely pleased with Darryn’s performance,” added team manager Razlan Razali. “He showed his value, his skills, his abilities and above all his talent to be competitive and managed to be the second best Yamaha rider ahead of Franco Morbidelli.

“We hope he will continue this momentum for the next round in Catalonia. We have the team to thank, especially his crew chief, Noe Herrera, for being able to give him the setting he loves on the M1.

Razali ‘lost for words’ by Dovizioso misfortunes at Mugello

Although full of praise for Binder, Razali was ‘at a loss for words’ by the struggles for his experienced teammate Andrea Dovizioso.

The Italian, on the factory bike, qualified last and finished 20th in his home race.

“With Andrea, we are simply at a loss for words about how hard he struggled between qualifying and the race,” said Razali. “We will have to sit down and discuss it next week and we have to find ways to transform his season with 11 laps to go. We are looking forward to Barcelona.”

Dovizioso remains on eight points and Binder on six.