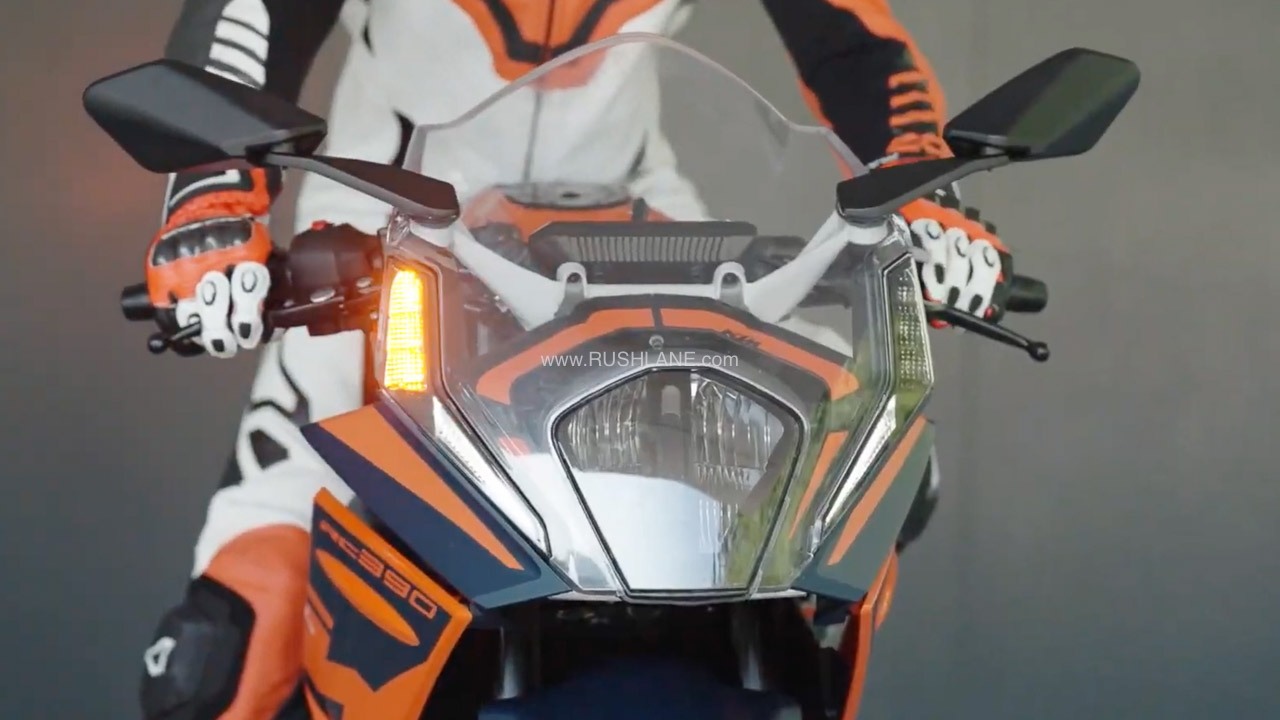 The new KTM RC 390 will continue to compete with the Kawasaki Ninja 300, TVS Apache RR 310 and the future Benelli 302R

A number of changes including visual and functional updates have been introduced for the new KTM RC 390. This is in line with the company’s strategy to overhaul its entire lineup. KTM has already launched the new RC 125 and RC 200. These are available at a starting price of Rs 1.82 lakh and Rs 2.09 lakh, respectively.

New updates and features for the KTM RC 390

When the test mules were spotted, some of the KTM fans seemed to have been disappointed with the new design. However, the production variant of the RC 390 dispelled most of the doubts. One of the main changes is a single LED headlamp which replaces the old dual projector unit. The bike receives a larger windshield and updated LED DRLs. The latter also serves as turn signals.

The changes extend to various other components such as the fuel tank, body graphics, fairing and rear section. In addition to improving the visual aspects, the updates also appear to improve the aerodynamics of the bike. Airflow has also been improved with the addition of air vents on the side panels. Another key update is a new TFT instrument console with Bluetooth connectivity.

Users can expect more comfortable rides on the new KTM RC 390, as the bike has relaxed ergonomics. The overall stance remains aggressive, but there are slight adjustments to the handlebars and clip-on footpegs. These updates will be useful for touring. A similar set of changes, including the seat height and the positioning of the footrests, have also been introduced for the passenger.

KTM has chosen to continue using the same engine as before. The liquid-cooled 373cc single-cylinder engine can generate a maximum power of 44hp. It is mated to a 6-speed gearbox.

However, the torque was increased to 37 Nm. This was made possible through the use of a larger airbox. Thanks to this, the top speed of the bike improved by 11 km / h. This is important, especially in a track environment. Driving dynamics are enhanced through the use of a slip clutch and a two-way quick shift lever. KTM has also added an improved heat dissipation system to ensure optimum driving comfort.

In other changes, KTM RC 390 gets a new bolted rear subframe. This should help improve the handling and balance of the bike. The suspension system includes USD forks up front and single shock rear suspension. The braking system includes 320mm front and 230mm rear disc brakes. Bosch dual-channel ABS is standard. The braking system is now more robust, which should ensure optimum safety when braking in bends or at high speed.

With the updates, the new KTM RC 390 is more expensive than the outgoing model. Production has already started at the Bajaj Manufacturing Plant in Chakan. Reservations for the updated bike are open at KTM dealers.

Presentation of the Suzuki Hayabusa in white for 2022!