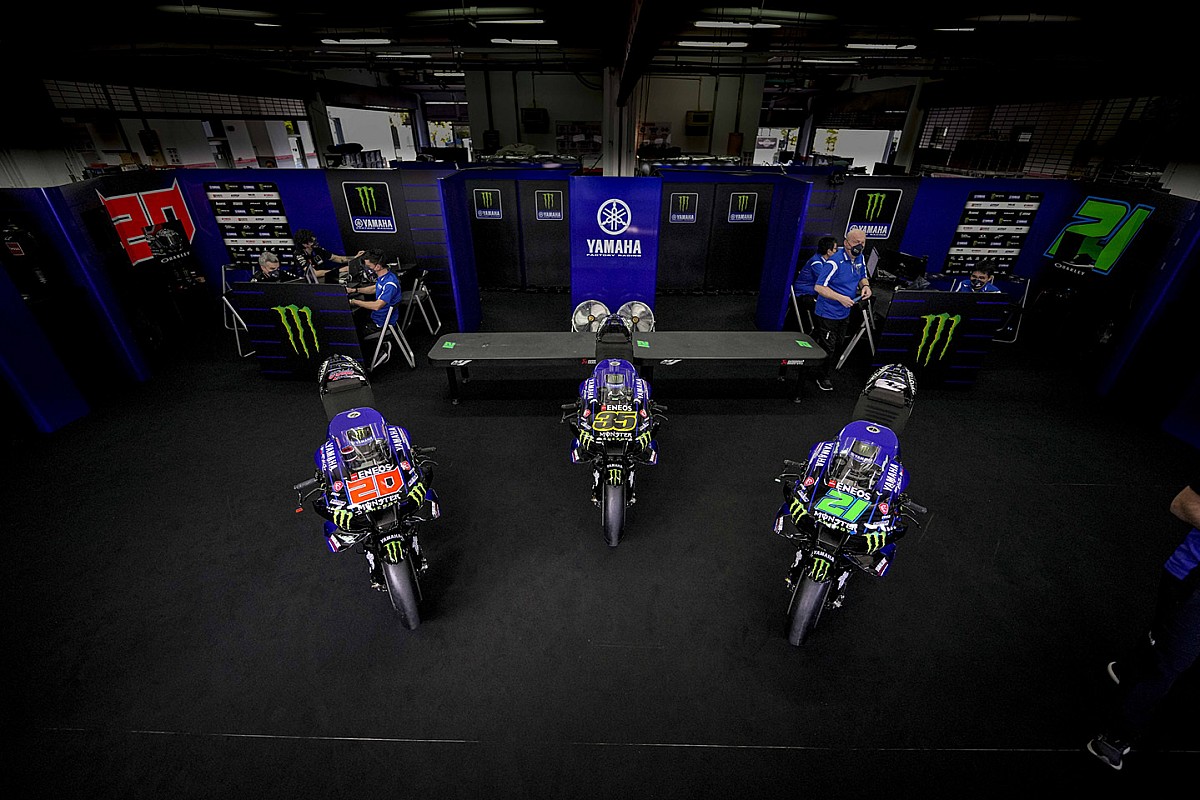 No “revolution” for Yamaha’s 2022 MotoGP bike

Fabio Quartararo ended a six-year wait for Yamaha last season by becoming France’s first MotoGP world champion after racking up five wins and wrapping up the title with two rounds to spare.

But the Frenchman entered the winter break unhappy with an apparent lack of significant improvement with his YZR-M1 package during testing at Jerez in November, particularly when it came to Yamaha’s engine and top speed.

MORE: What to expect as pre-season testing begins

Top speed was Yamaha’s main weakness for a while, but in general it never prioritized raw power in the same way as current main rival Ducati.

Ducati will have eight bikes on the grid in 2022, five of which will be current-spec factory machines – and managing director Gigi Dall’Igna has previously suggested the brand has found even more power from its new engine.

Asked by Autosport ahead of the start of pre-season testing in Malaysia this weekend if this is the toughest winter Yamaha has faced given the impending onslaught from Ducati, Meregalli said he had sought top speed – but hadn’t revved his M1 to do so. .

“Well, that’s an area where we’re working really hard to try and improve the top speed at the end of the straight,” Meregalli said.

“But not just with the engine, but working on the aerodynamic bodywork, trying to improve acceleration, grip.

“And the objective is only one, which is to try to reach top speed at the end of the straight.

“Last year anyway we were able to win races on the fastest tracks, because we could win two races in Qatar, Mugello, we are fighting for the win in Barcelona before Fabio’s problems. [when his race leathers opened up in the final laps].

“Top speed is important but that’s not all. As is the philosophy of Yamaha, we did not make a big revolution.

“We always try to refine what we have because it’s that easy, and we’ve seen in the past even a small step down the wrong path creates big problems.

“So we are always learning and growing step by step without making a revolution.”

RNF Racing Yamaha rider Andrea Dovizioso – who joins the Yamaha satellite team after eight years with Ducati from 2013 to 2020 – doesn’t think the current era of MotoGP lends itself to manufacturers making drastic changes to their bikes.

“No, the big revolutions at the moment are difficult because the championship has confirmed that every bike is good,” said the 15-time race winner.

“Every bike has a different characteristic, but every bike is good. So in this case it’s very, very difficult to make a big change. Yes I agree.”