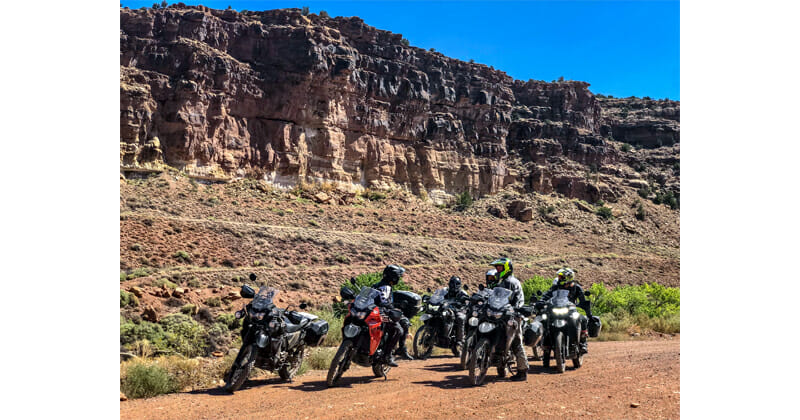 When it became clear that Dylan Ferrandis would win the 2021 450MX Pro Motocross Championship, I did a little research. I asked myself: when was the last time Yamaha won an outdoor title in the 450MX class? Surely it couldn’t have been so long ago, but why couldn’t I remember it? Here’s why-because that was almost 15 years ago!

For some reason, 15 years (okay, 14 to be exact) seems like a really long time to me. Heck, there are kids winning championships at Loretta Lynn these days who will soon turn pro and have never seen Yamaha win an outdoor motocross title in the premier class (250cc two-stroke or 450cc at four stroke) so far. It seems crazy to me. The last rider before Ferrandis to give Yamaha a big caliber outdoor championship was Grant Langston in 2007.

Digging a little deeper, I was surprised to see that the last time Yamaha won the outdoor title (again, 250cc two-stroke / 450cc four-stroke) before Langston was nine years earlier when Doug Henry won the 250cc title on Yamaha’s YZ400F. four stroke. Damn, do you remember that?

If you had asked me just a few weeks ago how many titles Yamaha had won in motocross before Ferrandis, let’s just say I would have come a long way. I would have guessed a lot more.

Okay, you want to know something that is perhaps even more surprising? Honda hasn’t won an outdoor title in the premier class since—wait-2004 ! Even longer than Yamaha. 2004 was the last year Ricky Carmichael rode for the Red Team before moving to Suzuki. Maybe Ken Roczen or Chase Sexton will give Honda their long-awaited next title soon. I think one of them will. But which one?

In case you were wondering, Kawasaki has the most titles with six in the 450cc four-stroke era, as of 2006. Suzuki has four titles, KTM three and Husqvarna one.

Last week I was disappointed to learn that Grant Langston was no longer announcing the Nationals alongside Jason Weigandt on TV and was not behind the mic when the last rider to win the 450cc championship on a Yamaha ( Langston) announced the next rider on a Yamaha (Ferrandis) to win the championship. It would have been pretty cool.

I’m not here to question why Langston left the NBC broadcast team, but I will say his outstanding commentary, description and insight into the racing action while covering the National Championships for I will miss the television. Weigandt and Langston were an exceptional team in the pit, so Langston’s sudden departure after nearly 10 years of motocross announcement was simply a huge disappointment in my book.

But all is not lost. Thankfully, Langston’s place has been filled by another very capable “colorist”, former AMA motocross champion Jeff Emig, who obviously knows a thing or two about motocross and is also a pleasure to listen to. Go team.

Last week I had the pleasure of joining the folks at Kawasaki in New Mexico where they showcased the company’s all-new KLR650 (yes, it’s brand new and, you’re right, Instagram, I know him) to a few members of the media. It was a special trip for me as it meant that I would attend the presentations of the three generations of the KLX650, the first in 1984, the second in 2012, and now this one.

Kawasaki took us on a roughly 400-mile journey, visiting awe-inspiring (literally) northern New Mexico terrain on the causeway and dirt roads aboard the KLR650 Adventure. When that was finished, I filled the KLR side bags in Albuquerque and cycled home to Southern California over the next two days, mostly via back roads in Arizona with an overnight stay at Prescott. After all, the KLR650 and I covered over 900 miles in just four days. Fortunately, I managed to dodge the many thunderstorms along the way, but not the scorching heat and mad winds of Southern California’s lower desert. But the “little” single-cylinder KLR650 never complained. You can read my review of the new KLR650 in a future issue of Cycle newsbut I can tell you now that I really enjoyed the bike and hope to do another cross country trip soon. I’m so happy to see the KLR650 back in the Kawasaki lineup.

No nation motocross for the American team

Well, last Friday WADA announced that the United States would not be fielding a team in this year’s Motocross of Nations later this month in Mantua, Italy, mainly due to several related issues. at Covid-19. No surprise here, really, after the team announcement has already been delayed several times and some of our top riders have already stated that they are not in favor of going for various reasons. We will try again next year.

But, hey, it was full steam ahead for the American ISDE team, who put in a valiant effort to defend gold in the Premier League of the World Trophy. Still, a bronze medal is nothing to sneeze at, but after winning the gold last time around you know our guys won’t be thrilled with the bronze. Funny how high the bar has been lately. Not that long ago, there was a time when winning a bronze medal at the ISDE seemed as brilliant as gold for the American team. Not anymore.

However, all was not lost for the United States team, as the American women’s team came out on top by winning gold. Congratulations, Britney Gallegos, Rachel Gutish and Brandy Richards! CN