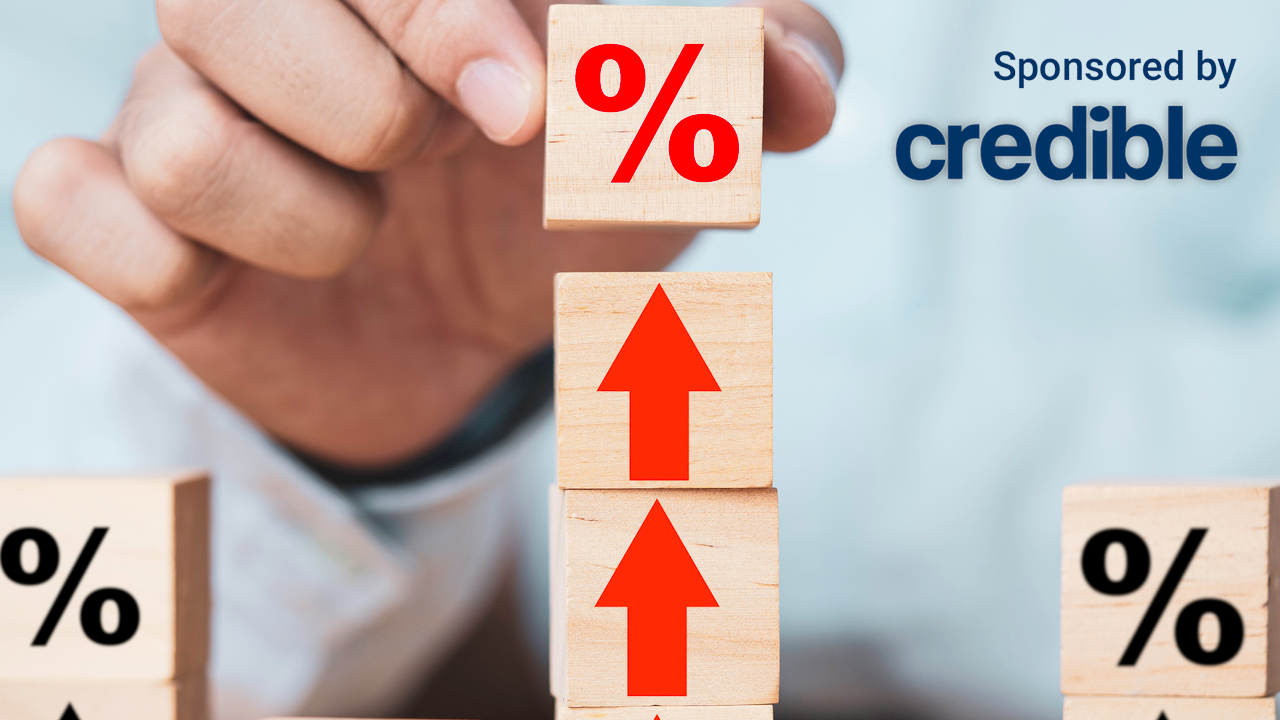 The interest rate on credit cards is much higher than personal loans, according to the Federal Reserve Bank of St. Louis. (iStock)

This is one of the largest spreads between commercial bank interest rates on credit card plans and 24-month personal loans in the St. Louis Fed’s recorded history.

The news comes as Americans are holding large amounts of credit card debt. Credit card balances rose by $46 billion in the second quarter of 2022, marking the largest quarterly increase in more than two decades, according to the Federal Reserve Bank of New York.

Plus, half of Americans have fallen behind on their credit card debt amid high inflation, a poll has found.

If you have high-interest credit card debt, you can consider paying it off with a personal loan at a lower interest rate, which will save you money each month. You can visit Credible to compare different personal lenders and rates without affecting your credit score.

The average credit card interest rate in August, at 16.27%, is the highest in the history of the St. Louis Fed report, which dates back to November 1994.

This is notable, in part, because having a higher interest rate on outstanding credit card balances can significantly inflate your total debt.

Total US household debt has also increased of late, rising by $312 billion to $16.15 trillion in the second quarter of 2022, according to the New York Fed report. Total household debt includes items such as credit cards, mortgages and student loans.

“The second quarter of 2022 showed large increases in mortgage, auto loan and credit card balances, in part due to rising prices,” said Joelle Scally, administrator of the Center for Microeconomic Data at the New York Fed.

If you’re struggling with unpaid debt, you can consolidate it with a personal loan at a lower interest rate. To find out if a debt consolidation loan is right for you, you can talk to a personal loan expert at Credible and get all your questions answered.

MANY STUDENTS WITH CREDIT CARDS HAVE DEBTS, SURVEY SAYS

Inflation rose 8.2% year over year in September, according to the Bureau of Labor Statistics (BLS) – far from the Fed’s 2% inflation target.

To slow inflation, the Fed could continue to raise rates in 2022 and 2023. This decision may affect the interest rates of several financial products. For example, the average interest rate on a 24-month personal loan rose slightly to 10.16% in August from 8.73% in May.

If you want to take advantage of current interest rates before they rise, you might consider using a personal loan to consolidate your debt at a lower rate. Visit Credible Marketplace to compare personal lenders without affecting your credit score.

Do you have a financial question, but you don’t know who to contact? Email The Credible Money Expert at moneyexpert@credible.com and your question may be answered by Credible in our Money Expert section.