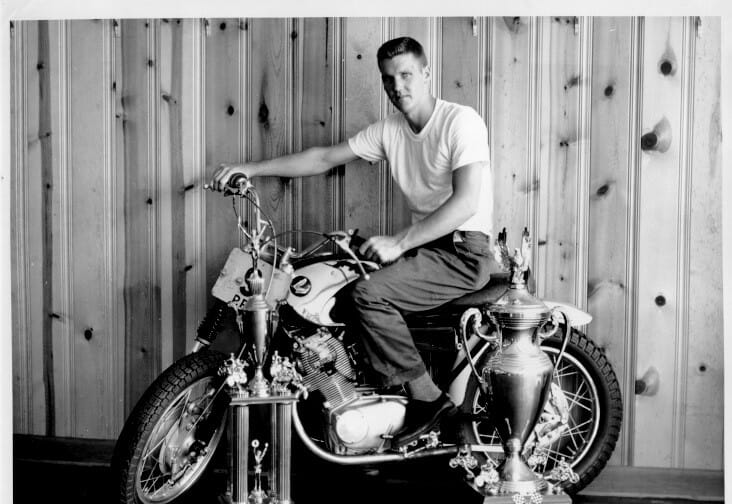 The Motorcycle Hall of Famer Who Popularized Plastic Fenders Was 80

Preston Petty, a well-known 1960s off-road and motocross racer who founded a company that popularized plastic fenders for dirt bikes, died in Texas last night, according to several close friends.

Petty was one of the first riders in the country to ride Honda motorcycles. He also rode for America in three International Six Day Trials (ISDT – now known as ISDE) events and was an early proponent of bringing European style motocross to America . Petty was perhaps best known for his groundbreaking plastic motorcycle component company, Petty Plastics. Its innovative fenders changed the popular view at the time that plastic was undesirable when it came to dirt bikes. Petty fenders became the benchmark in the 1970s and nearly every serious racer ditched their stock fenders for Petty units.

Petty was inducted into the Motorcycle Hall of Fame in 1999.

In his later years, Petty returned to racing and competed in flat-track and vet trials, often on e-bikes wearing his trademark blue jumpsuit. According to friends, he had been in poor health for a few years.

larry laurent | Archive Editor
As well as writing our Archives section on a weekly basis, Lawrence is another capable of covering any event we host.

2021 Suzuki Hayabusa: Could this be my very first superbike?