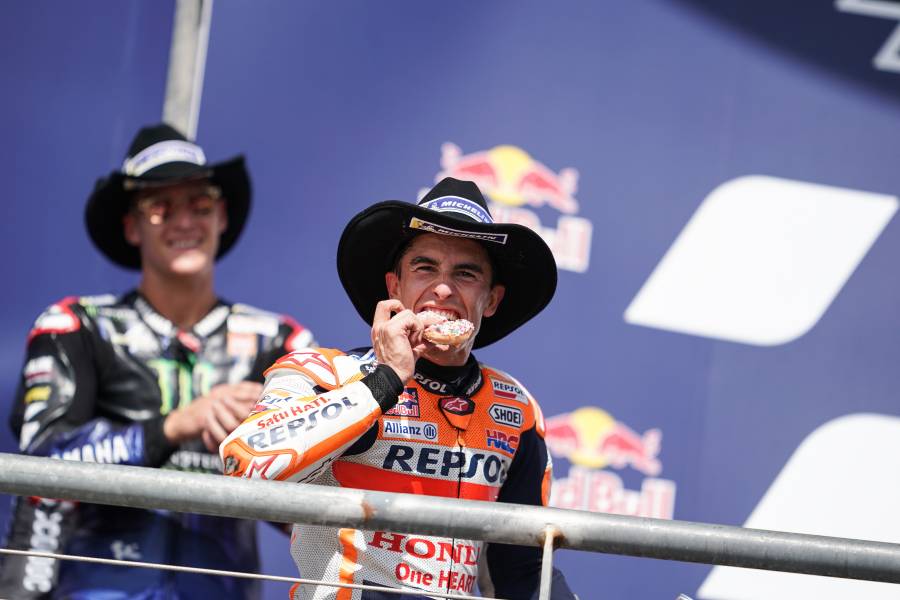 What is the feeling after another victory in Austin?

We had a really good test in Misano before we got here in Texas and so the whole team and the two drivers came here with extra motivation. The circuit is traditionally a Honda track, we have won many times here since 2013 – we only missed the win once when Marc took the lead. This is why we expected a good result on Sunday, even if the situation this year has not always been easy. Finally, the result was incredible, and it comes with a very special feeling because Marc could win here again and take his second victory in what has been a very difficult season for him.

Honestly speaking of the whole weekend we had some issues but Marc was able to control himself and handle the bike really well, he knew exactly what to do with the tires and how to ride. We are very satisfied with all his efforts.

Marquez’s victory was also the 450th podium for the Repsol Honda team.

This is an incredible number that highlights the great history that Repsol and HRC have built together. It’s particularly nice to achieve something like 450 podiums with such a great victory as the one we had at COTA. It’s a very important victory for us and it’s another step forward for the next race.

The positives and negatives after the race?

This victory is very positive for our team, the people who work every weekend on the track and also all those who continue to work at home or back to base. The downside is that, unfortunately, Pol couldn’t achieve the result that none of us expected. It’s also a shame that Taka fell because he had the potential to get a good result. His speed was there, and a small mistake cost him dearly.

Finally, what’s the story other than the official comments?

Coming back to the United States after two years was very good news. We also had the opportunity to meet Jett and Hunter Lawrence, two young Honda Supercross riders who have delivered very good results this year. Including more members of the Honda racing family is something we have sorely missed over the past two seasons. But we don’t have time to look back and we are already thinking of Misano, where we are going for the second time this season. We have a lot of data from the race and also from the test there. We hope that with this we can improve our performance and fight for the podium once again.