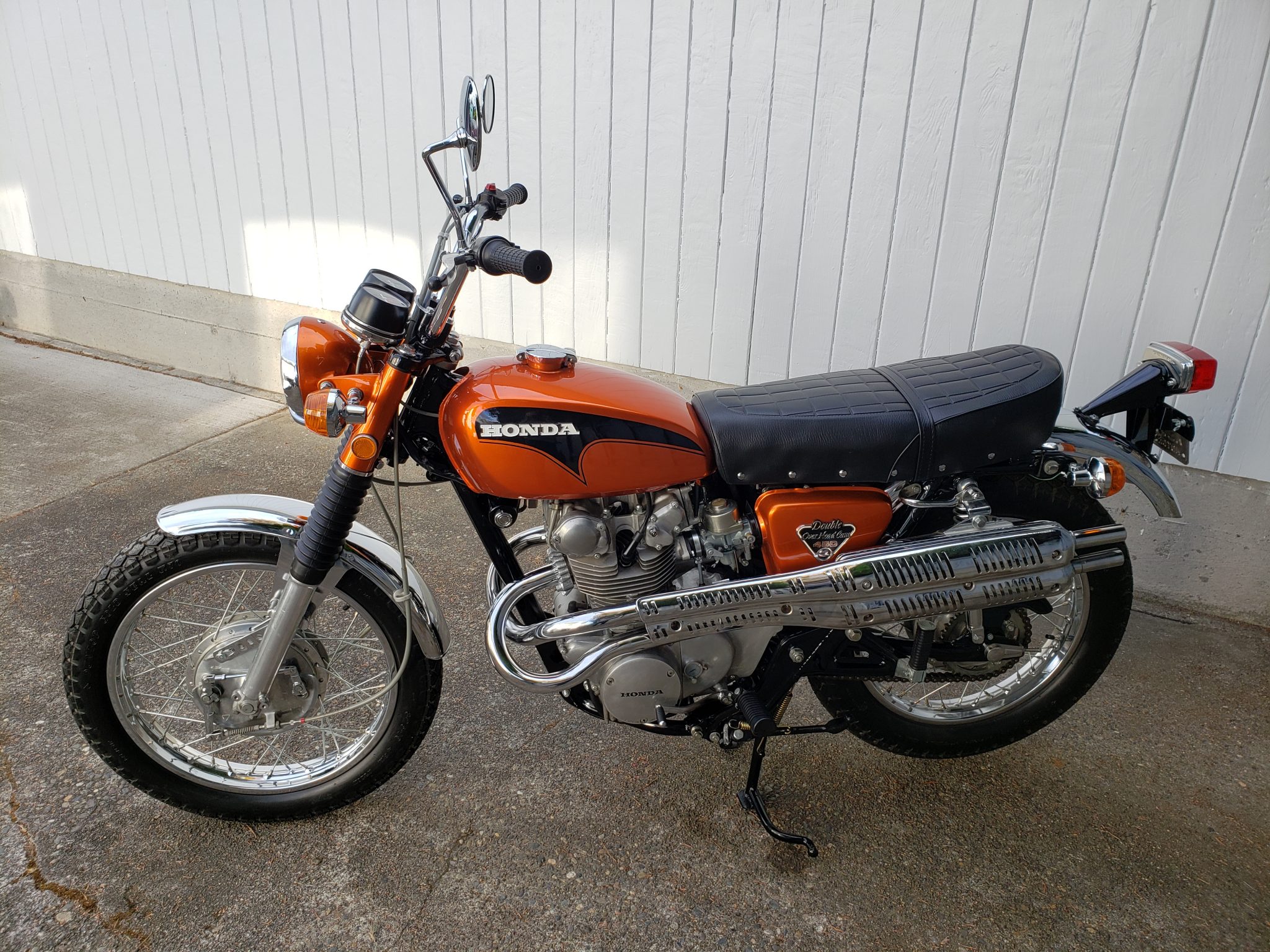 If you took a look at the ongoing BaT (Bring a Trailer) auction right now, you would come across a restored 1971 Honda CL450 K4 Scrambler that appears to be in perfect condition. In 2007, the bike’s frame was powder coated and its body received a new coat of Candy Topaz Orange paint, while its double saddle was padded to keep things nice and clean.

Additionally, the rear wheel was dropped to make way for a younger substitute, as were the original CL450 gauges. As for the powertrain settings, the engine valves, ignition timing and cam chain tension were all adjusted earlier this year. After replacing the spark plugs and battery, the vendor flushed out essential fluids for good measure.

Before we get into the nitty-gritty, let’s go over the basic machine specs, okay? Honda’s two-wheeled relic is powered by an air-cooled 444cc parallel twin engine mated to a five-speed transmission. Featuring dual overhead camshafts, two valves per cylinder, and constant speed Keihin carbs, the four-stroke demon will produce 43 ponies at 9,000 rpm.

Suspension functions are handled by telescopic forks at the front and a pair of adjustable shock absorbers at the opposite end. Both wheels are fitted with traditional drum brakes, and the entire structure weighs 414 pounds (188 kg) on â€‹â€‹a full stomach. Now that we’ve covered just about all of the essentials, it’s time to get right to the point.

This drool-worthy MY ’71 Scrambler will be listed wholeheartedly on Bring A Trailer until tomorrow afternoon (Thursday, December 30). At the time of this article, you were expected to spend around six thousand dollars to beat the top bidder, which offers moderate freedom of $ 5,700 to get your hands on the head-turning Japanese.