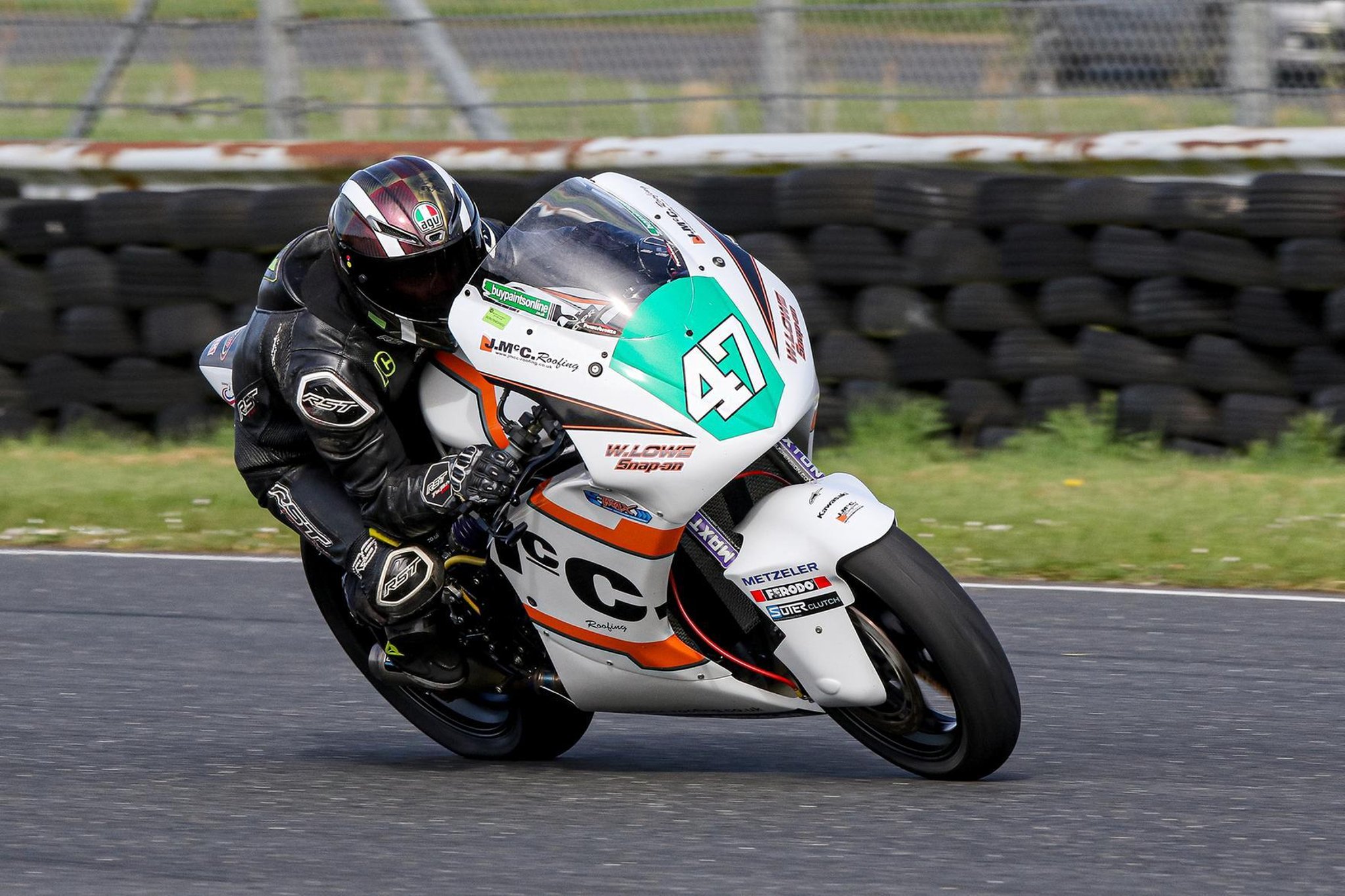 Cooper was the best newcomer to North Coast road racing in 2019, when he took an impressive second place in tough conditions in Saturday’s Superstock race behind first-time winner James Hillier.

The 39-year-old will team up with Northern Ireland team J McC Roofing to ride a Ryan Farquhar-prepared Kawasaki and is also set to race Buildbase Suzuki GSX-R1000 machines in Superbike and Superstock racing.

Cooper made his Kirkistown debut at Co Down on Easter Monday, where he rode the J McC Roofing Kawasaki for the first time, securing second place in the first race less than a second behind Adam McLean on the McAdoo Kawasaki.

Register to our daily newsletter

He was forced to retire at the start of race two with a machine problem, but it was nonetheless an impressive performance from the English rider, who was riding a Supertwin machine for the very first time.

“I had wanted to come and do a test session on the bike, but it was straight into a race and I had to learn the bike and the track in 12 minutes,” Cooper said.

“We had made some changes since the first race which I think would have worked, but it was still a valuable journey.

“I would love to have another opportunity to come back and test him again before the North West, but I don’t see that possible.

“I knew unless I was on a bike built by someone like Ryan Farquhar it would be hard to be competitive so I didn’t care about class before,” added the Nottingham man , who spent almost two years out of British Championship racing after suffering a badly broken right leg at the start of the 2020 season.

“When Jeremy McWilliams chose to race the Paton, it opened the door for me and it didn’t take too long for me to make up my mind.”

American Patricia Fernandez will also compete for the J McC Roofing team on Kawasaki machines at the North West in the Superbike, Supersport and Superstock classes.

The Oklahoma woman is the fastest female road racer in the world after a 121mph lap at the 2018 Ulster Grand Prix.