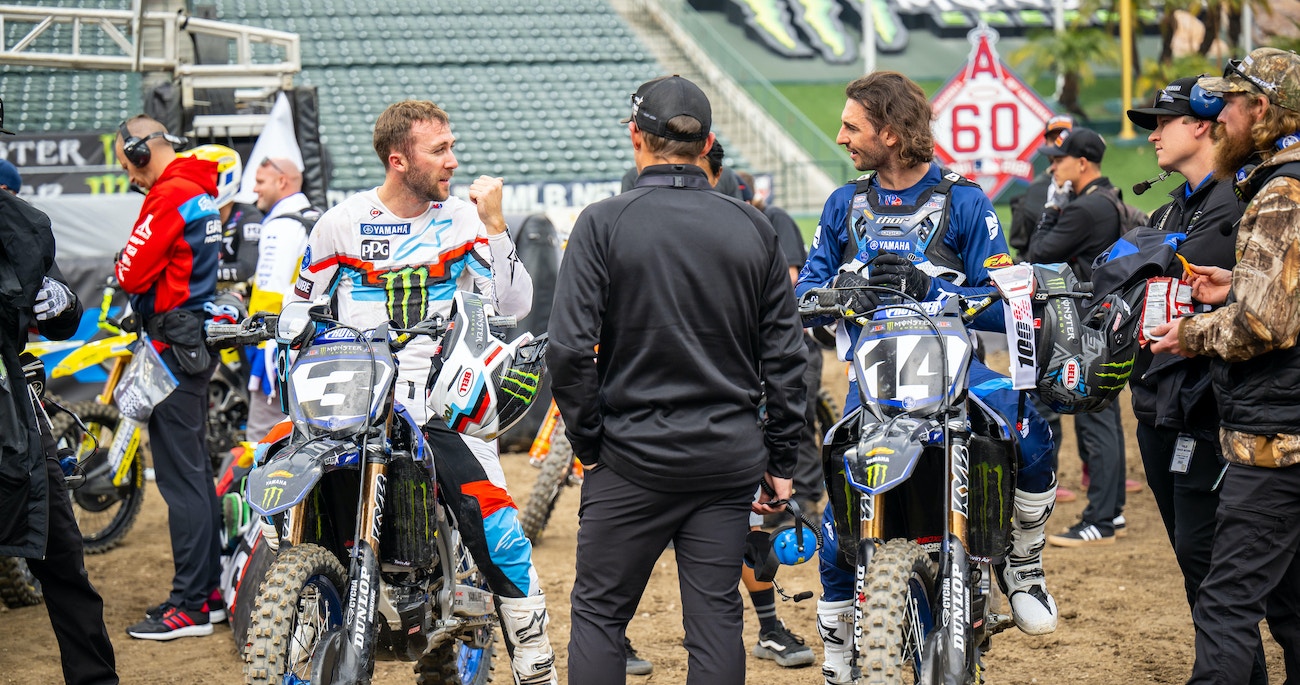 As well as things went for Ken Roczen in Anaheim, they would go about as badly in Oakland. After beating the pack in Game 1, Roczen had a bad fall in the whoops in round two qualifying. Then he crashed out during the main and found himself in a very unlike Roczen-like 13th place. That’s the bad news. Good? Thanks to the largely inconsistent results of the peloton over the last two laps, he didn’t take a huge hit on the points. Yes, he’s tied for fifth with Eli Tomac, but he’s only eight points behind league leaders Barcia. If he does well in San Diego, he’ll be back in position to take possession of the red plate for the second time in 2022. –Hansel

It wasn’t as dramatic a turn as it was for teammate Roczen, but Chase Sexton didn’t quite replicate his Anaheim in Oakland either. After a performance he could have won in Game 1, Sexton won a playoff run in Oakland, but couldn’t find that magic in the main event. He started eighth and finished ninth after making a mistake. The watch continues for Sextons’ first career 450SX win, and while that accomplishment seems inevitable, it also seems like it’s taking Chase forever. One of these weekends will be the weekend. Maybe this one? –Jason Weigandt

Eli Tomac went 6-4 this season and Dylan Ferrandis went 16-6. This is not an indicator of the potential of Monster Energy/Star Racing Yamaha teammates. For one thing, they qualified 1-2 at Oakland. Tomac traditionally starts the year slow and then bursts out, and he posted the best lap time in the main event of Oakland. Ferrandis’ story is similar, but his early days were even worse than Tomac’s. The Frenchman absolutely broke through the pack after starting 16th in Oakland. The blue bikes must start in front, and if so, the podium is theirs. – Weigandt