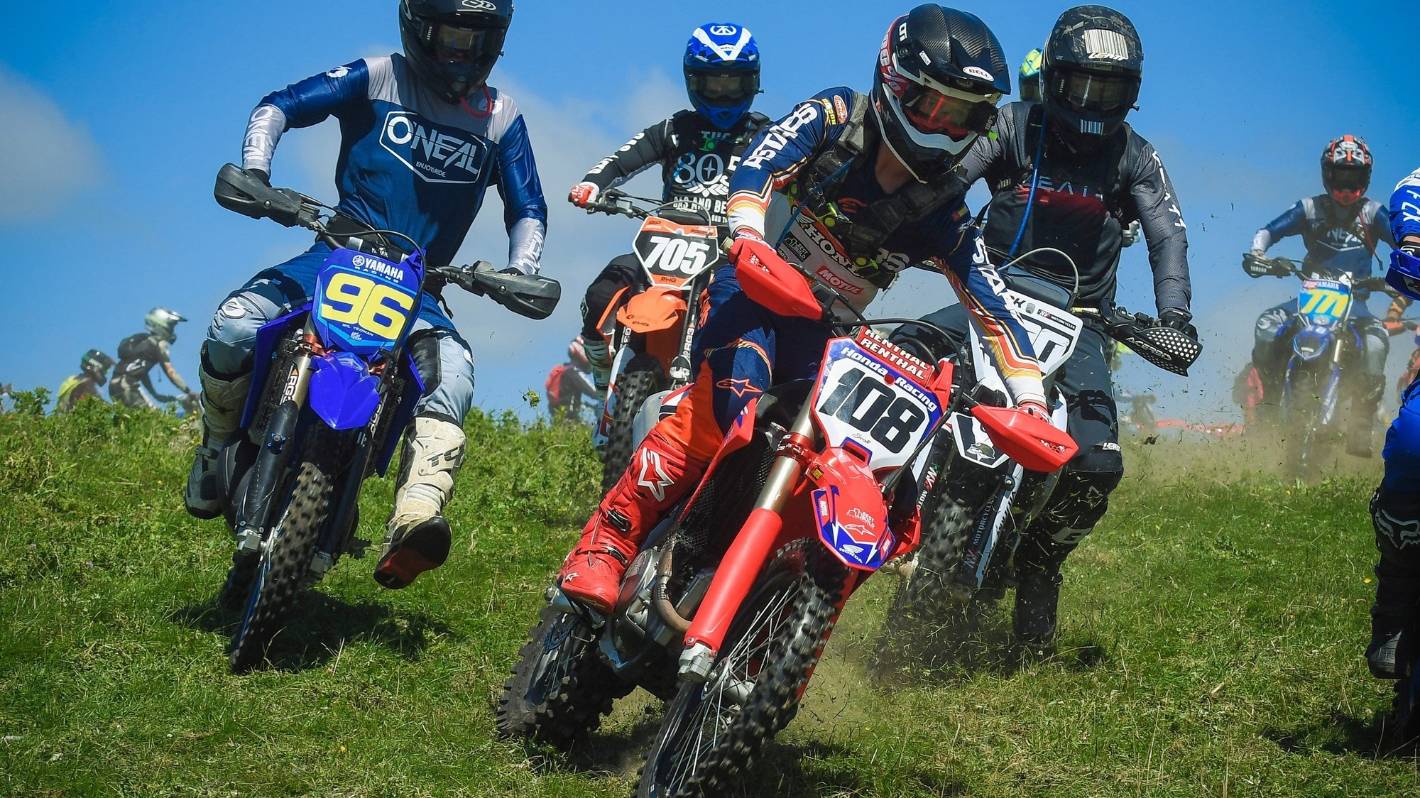 Scott and Hannon dominate first round of cross country championships

James Scott of Oparau, front, got off to a great start after the shotgun blast that marked the start of the senior race at the opening round of the New Zealand Cross Country Championships near Marton .

MOTOCROSS: There were some new faces atop the junior and senior podiums at the opening round of the New Zealand Cross Country Championships near Marton this weekend.

A larger than normal turnout of riders ensured it would always be a frenetic battle for honors and it was a field of top caliber riders that showed up for this first of four rounds in the series.

James Scott (Honda) of Oparau led virtually from start to finish to win the three-hour senior race on Sunday, taking the checkered flag just over a minute ahead of defending Wairoa National Champion Tommy Watt (Yamaha ) and two minutes ahead of the third. rider Wil Yeoman (Yamaha), from Taupō.

READ MORE:
* Top cross-country runners in action after nervous start at Marton
* Cross country elite eager and ready for Nationals
* The enduro championships will be decided this weekend near Bulls

Rarely seen on the cross country scene are senior winner Scott and junior winner Hannon, these riders more at home on a motocross track, but the versatility of these riders and their bikes is such that the transition went almost smoothly.

With wide open spaces and mass spectator gatherings not a problem, the event may have been one of the only national championship motorcycling events able to go ahead this season.

With Covid-19 restrictions halting other races, runners responded eagerly to this event.

Motocross New Zealand Cross Country Commissioner Chris Smyth was “delighted to be able to get the event off the ground”.

“It was definitely a good thing that the Bush Riders Motorcycle Club and international Kiwi cross-country legend Paul Whibley stepped in to make this happen.

“Starting that helped pull the other clubs in and help out too. We also have good sites for the other rounds.

“There is a new venue near Pahīatua for the second round, so it will be exciting as well. We had some really good numbers here. [on Sunday], so that’s great too. I guess riders just want to go out on their bikes again.

“It may be the only championship that [Motocross New Zealand] done this year. Social distancing is so easy to do with this sports code. We split juniors and seniors into two separate bubbles and it worked well.

The next two rounds follow each other closely, with round two scheduled for farmland near Pahīatua on April 16 and round three near Dannevirke two days later on Easter Monday April 18.

The venue for the fourth and final round, on May 14, has yet to be confirmed.

Only the points of the three best results of the four heats will be taken into account for the championship titles, the riders having to discard their worst result.