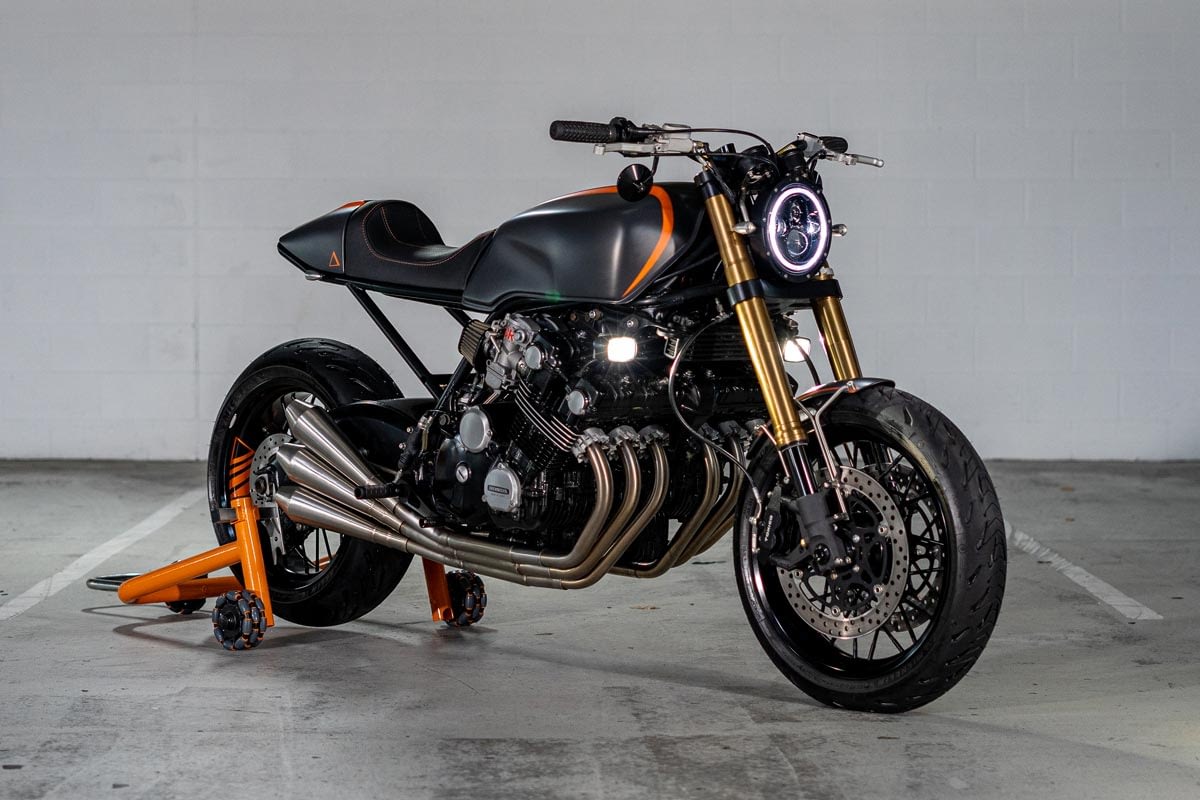 By Ronald K. Mann Last updated Oct 17, 2021
0
Share
In the late 1970s, Japanese liter-bikes were really getting their money’s worth. Competition was particularly fierce in 1978 when Herculean machines like the Kawasaki Z1-R or Suzuki’s GS1000 first saw the light of day. As you may already know, these bad boys – along with Yamaha’s XS1100 – sported the proven four-cylinder engine setup that was popularized by the revolutionary CB750.

On the other hand, Maison de Tokyo intended to bring something a little more special to the table; a six-cylinder colossus with 24 valves, dual overhead camshafts and no less than 105 wild ponies on tap. As such, the first iteration of their mighty CBX1000 was born, and it looked absolutely phenomenal on paper.

While its acclaimed 1,047cc powertrain was nothing short of a marvel of Japanese engineering, the same can’t be said for the suspension, which consisted of tiny 35mm (1.4 inches) and ordinary double shocks. Oh, and don’t you even get me started on those skinny tires! Ultimately, this state of affairs meant Honda’s CBX was exceptional for straight-line acceleration but less than ideal in terms of handling.

These shortcomings were corrected when Honda transformed it into a true sport tourer for the 1981 model year, installing 39mm (1.5 inch) air-assisted forks, a Pro-Link rear suspension setup and better quality brakes. Despite the improvements, sales remained below the manufacturer’s expectations, so the CBX1000 was finally put to death in 1982.

Over time, many of these creatures have been preserved in their original state, while others have been reborn as custom masterpieces. One of those entities is from Tom Gilroy’s Purpose Built Moto, an Australian company whose portfolio we have visited on several occasions. Without further ado, let’s see how they managed to turn a tired CBX ’81 into a sight to behold.

Tom and his team started out by throwing away just about any standard piece of bodywork they could find except the gas tank. Then they took care of outsourcing the shock linkage and double-sided swingarm from an Aprilia RSV4, followed by a high-end set of inverted forks from a second-gen Suzuki Hayabusa. The reused swingarm – which allowed PBM to adapt a wider rear roll bar – is gripped by a modern Ohlins TTX monoshock, thus solving the dull donor handling once and for all.

As they didn’t match the desired aesthetic, the original hoops were quickly scrapped, making way for a pair of multi-spoke JoNich M9 alternatives. The new shoes feature premium aftermarket brake discs on both ends, while the rear unit also sports a bespoke aluminum sprocket. Up front, you’ll find a unique triple clamp holding the Busa forks in place, along with a ProTaper Contour handlebar, new switches and an advanced headlight from the Flashpoint range.

Looking towards the rear, we spot a reworked subframe that has been manufactured in-house, along with an attractive solo seat and café racer-style rear section displaying integrated LED lighting. The Purpose-Built pros have outfitted young Keihin FCR carbs, DNA air filters, a six-into-six exhaust system with reverse megaphone mufflers in the powertrain department.

To top it off, Gilroy specialists crafted a tiny fender for the front, while a dual daytime running light was fitted just above the bike’s slanted inline-six engine. Last but not least, the whole shebang ended with a gorgeous color scheme, which incorporates a matte gray base and orange accents. Thanks to the surprising PBM revision, this unique CBX1000 will tip the scales at just 502 pounds (228 kg) on ​​an empty stomach, making it considerably lighter than a factory variant of the Honda lineup. 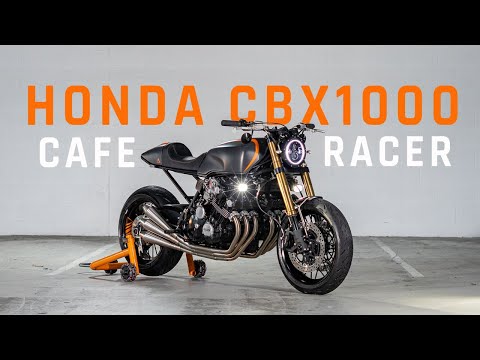 Motorcycle market – Asia-Pacific followed by Europe to dominate the market in terms of value, Fact.MR finds

He is back! UK’s biggest motorcycle show ready to roll – Fraser Addecott