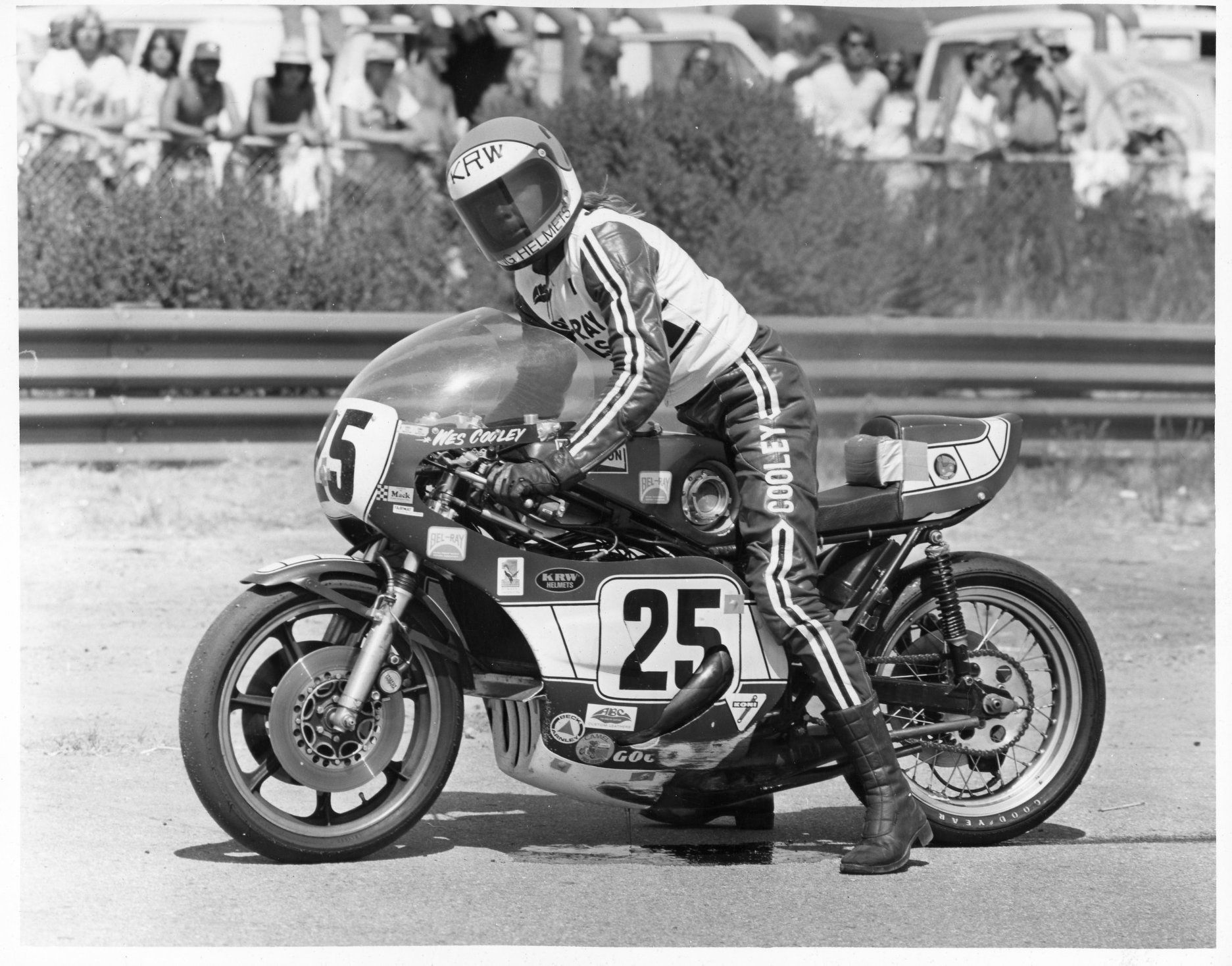 Wester Steven Cooley, known to the world as “We, s”, won the AMA Superbike Championships in 1979 and 1980 on a Yoshimura Suzuki GS1000, and he made his debut in the club racing scene in South California where his father ran a club racing team.

Eddie Lawson fought Cooley tooth and nail in the Championship Battle in 1980.

“When I got into Superbike with Kawasaki in 1980, Wes and Freddie [Spencer] were the guys to beat. We had some great battles and it was always fun to run with him. He’s always been a really nice guy and it always seemed like he was having a good time. We were competitors for sure. Every time we ran it was a battle and we ran really close and you could run right next to him and it was always safe. Same with Freddie. You could run right next to these guys and nobody ever did anything dirty â€, Lawson told Cycle News. â€œWes has always been such a nice guy, and someone told me he was sick, but I hadn’t seen him in years and I didn’t know how bad it was. And then when I heard that he had passed it was such a shock that I couldn’t believe it. It was sad to hear.

Cooley honed his racing skills in the lower displacement classes before being recruited by Pops Yoshimura to ride a Kawasaki KZ1000 in the production AMA class, and Cooley won his first AMA superbike race in 1977.

By the time the 1978 season unfolded, Yoshimura replaced his Kawasaki with Suzuki motorcycles with superior handling characteristics, and Cooley was suddenly winning steadily. Cooley teamed up with Mike Baldwin to win the Suzuka 8 Hours race in Japan, then in the 1980 season he teamed up with Graeme Crosby and again took the checkered flag at Suzuka.

Cooley won his first national superbike championship in 1979, then defended the title in 1980 by fending off Hall of Famers Eddie Lawson and Freddie Spencer.

Wayne Rainey, Superbike teammate with Cooley at Kawasaki in 1983, remembered Wes like this:

â€œAs a flat tracker I didn’t pay much attention to Superbike racing, but when I first started racing in the series, Wes was the only guy I knew. He was the face of the show. As a teammate, Wes has always been a gentleman and we didn’t really have a rivalry. Even before we were teammates at Daytona in 1982, Wes saw me drive around the bank with my Kawasaki into such a jerk that the wheels would come off the ground, â€ Rainey said. â€œHe noticed I was tense and knew I was making the problem worse. He knew that if I kept doing what I was doing, it wouldn’t end well. Wes came over and told me when the shaking started happening just to let go of the handlebars and I’m telling you that made all the difference in the world. The bike behaved so much better. Wes had a big heart.

But in 1985, Cooley suffered horrific injuries in an accident at Sears Point Raceway before eventually returning to racing. Unfortunately, he was unable to recover his championship form, and after retiring from racing he became an instructor at a riding school. Cooley also became a nurse and was inducted into the AMA Motorcycle Hall of Fame in 2004.

â€œI think physically I was able to go as fast as before. ” Cooley said in an interview in 2004. “But I lost that mental advantage it takes to run at the highest level of racing.”

Cooley was also Grand Marshal at the AMA Vintage Motorcycle Days 2016 and was honored at the 40th edition of the Suzuka 8 Hours in 2017. At this event, he performed a lap of honor on the Suzuki GS1000 with which he raced. the race to commemorate the occasion.