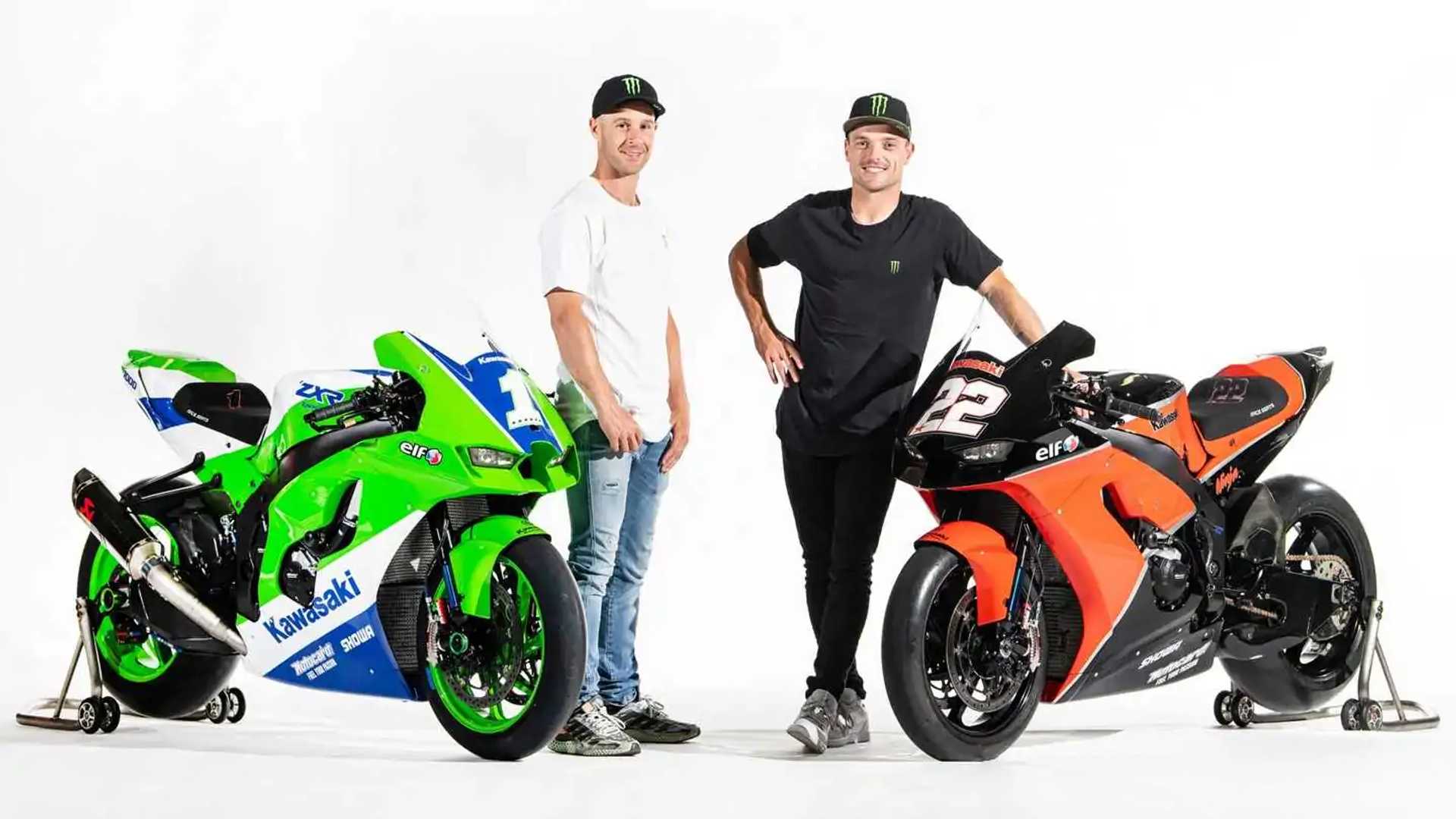 October 2021 was certainly one of the many changes for Kawasaki. On October 1, 2021, Team Green officially split their motorcycle business into a separate entity, adopting a new logo in the process. The Kawasaki River Mark, seen in H2 models since their release, will now represent Kawasaki Motors Limited, Kawasaki’s motorcycle company. To add to this, 2021 also marks the 125th anniversary of the company as a whole.

To celebrate both the past and the future – the rich heritage the company has brought over the past century and a quarter, as well as the exciting things to come – Kawasaki used special liveries in the Argentina round of WorldSBK. Two special liveries have been designed for the Kawasaki ZX-10RR KRT machines of Jonathan Rea and Alex Lowes. The reigning championship team adopted historic racing liveries, nodding to the company’s rich racing heritage.

On the one hand, defending champion Jonathan Rea’s bike features a modern take on Kawasaki’s livery on the iconic ’90s ZXR750-H racing bike. Its distinctive white, blue and green pattern really sets it apart from the livery. KRT’s usual lime green. Alex Lowes’ bike, on the other hand, was just as special. It featured a livery adaptation of the GPZ900R released in 1984 – the first bike to carry the Ninja name on the American market, and the famous motorcycle that a very young and sweaty Tom Cruise rode in Top Gun.

Besides, of course, being a nod to Team Green’s racing heritage, the historic liveries also symbolize acceptance of change, with Kawasaki welcoming with open arms what the future holds. Kawasaki says the use of these historic liveries in the Argentina round of WorldSBK 2021 celebrates the past, present and future of the company. Certainly, these liveries captured the attention of thousands of spectators from all over the world last weekend. It would be really great if Kawi released limited edition liveries like these for their street bikes.

“I like four-stroke bikes a lot, but both strokes stay in my heart” – Valentino Rossi