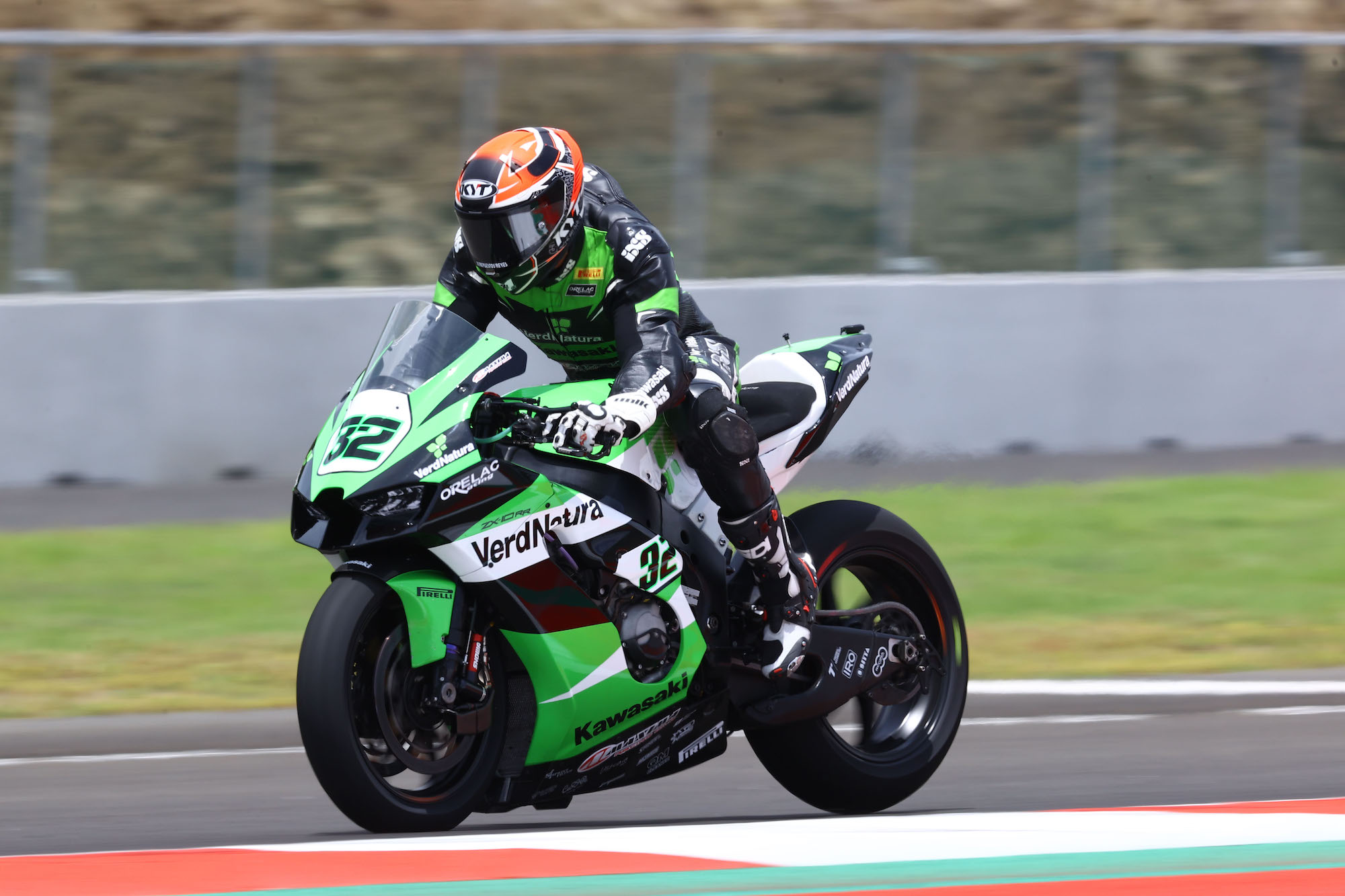 Oliver Konig, 19, will enter the WorldSBK Championship full-time for 2022 after signing a deal to join the Orelac Racing VerdNatura Kawasaki team.

The Czech Republic teenager will become the first rider to jump straight from the WorldSSP 300, where he has raced since 2019, replacing Isaac Vinales in the Spanish squad.

The deal to play the full season comes after Konig got his first taste of the Kawasaki ZX-10RR machines at the 2021 WorldSBK Finals in Indonesia during a substitute slot for the Pedercini Racing team.

At 20 once the 2022 WorldSBK season rolls around for the Aragon opener, he will be the youngest rider signed to the now 23-strong full-time grid.

” What can I say ? It’s a dream come true! I don’t believe I’ve made that move yet. I’m so happy because after Indonesia where the round wasn’t so good and fun because everyone knows I crashed.

“The gap was not that big, I think, for the first time in WorldSBK. Everything was new for me. I’m very happy with this move, this contract.

“All I can say is I’m so happy, and I thank the Orelac team, everyone who believed and trusted me, and I hope I’m going to do well this season, with good progress.

“Thank you to the Orelac team, especially Jose Calero, because I already feel like part of the family. We met them in Valencia with them for an evening and it was so nice.

“Super happy for this and I can’t wait to start working with my team, and the new era of my life because it will be a big change. Now is the time to prepare myself as much as possible for this new era of my career as pilot.

Konig’s jump from WorldSSP 300 to WorldSBK has nuances of Darryn Binder’s jump from Moto3 to MotoGP, since most of his entry-level rivals tend to move to WorldSSP instead.

However, the jump means he becomes the first rider to compete in the WorldSSP 300 since its inaugural 2017 season to earn a contract with WorldSBK. He finished the 2021 season 11th overall with a first podium achieved at home in Most.

With 22 confirmed to start the 2022 WorldSBK Championship, the numbers are lower than those signed up full-time for 2021. However, two more bikes are still expected to feature – Gil Motorsport Yamaha with Christophe Ponsson and reserve Pedercini Kawasaki linked to Tom Sykes .

The extra bike on the grid is reflected in MIE Racing adding a second Honda to its lineup for Hafizh Syahrin.