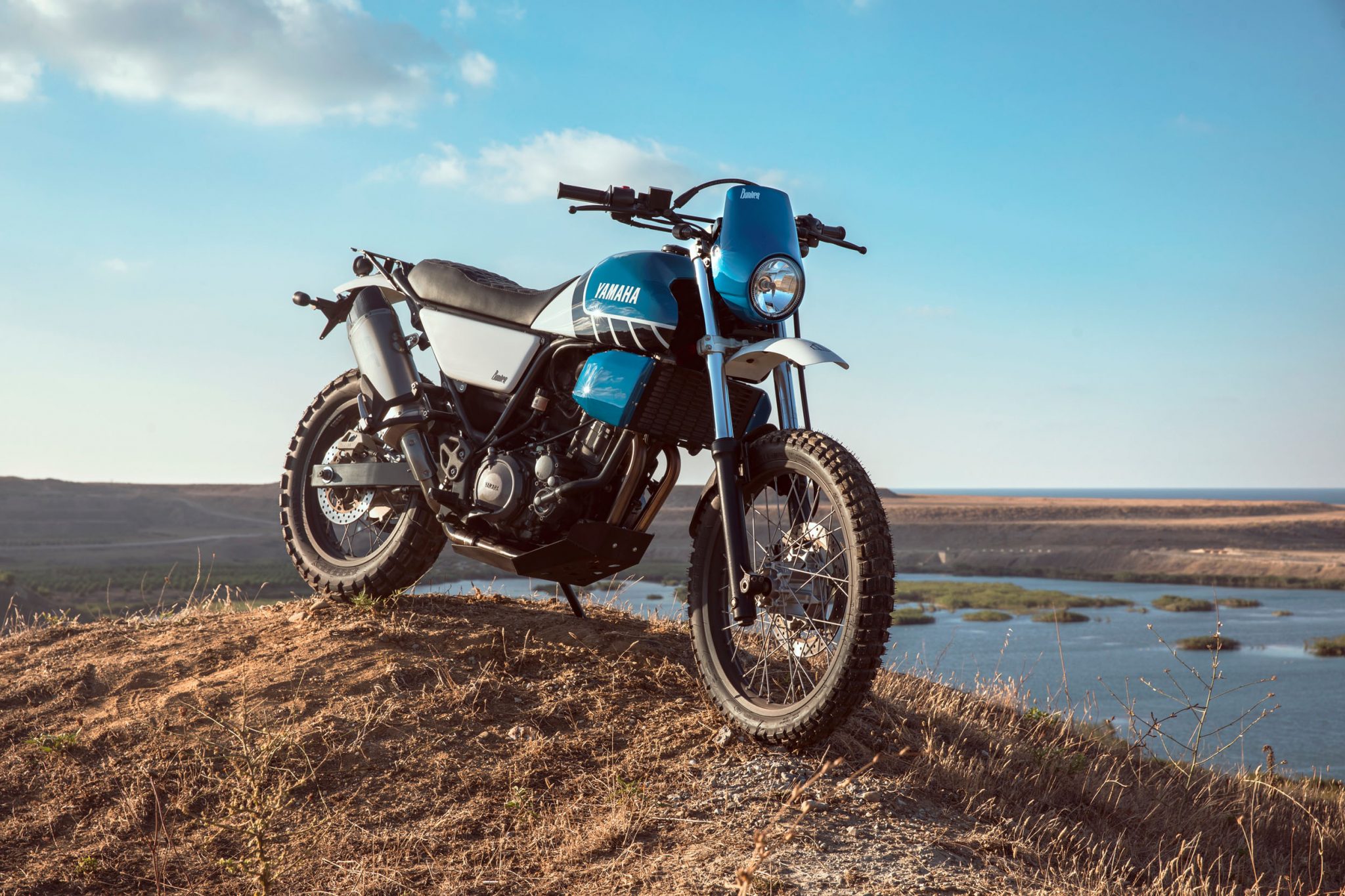 A few months ago, we drooled over a majestic Yamaha XSR700 which has been modified by Turkey’s largest motorcycle customization lab, Istanbul-based Bunker Custom Cycles. The garage is operated by Can and Mert Uzer – a couple of brothers who have shared a common passion for two-wheeled machines since their childhood.

Graduated from Istanbul University with an engineering degree, Can set up a retail business of imported skateboard parts in 2004. On the other hand, Mert completed his design related studies at Technical University. of Yildiz, then he spent time working. for a variety of advertising and film production agencies.

However, neither Can nor Mert could find true accomplishment in these lines of business, and it wasn’t long before their blazing passion for bicycles took hold. The Uzers’ journey of custom two-wheelers began when they purchased a 1961 Triumph Bonneville MY, which allowed them to experiment with various tools and techniques.

Custom works of art for motorcycles remained a hobby until 2009, when they finally became an enduring full-time occupation. Ten years and several projects later, the brothers were joined by a young man named Kivanc Cevizci, who is currently honing his manufacturing skills under the guidance of illustrious motorcycle connoisseurs of Bunker.

The mechanical wonder we’ll be looking at today is based on a 2007 variant of Yamaha’s XT660R family, so its power source is a liquid-cooled 659cc single-cylinder mill with 47 ponies and 44 lb-ft (60 Nm ) of torque on tap. The BCC client needed a competent adventure bike that would allow him to explore the sublime wilderness around his hometown of Adana.

Sure enough, Turkish artisans were more than happy to help, and the end result is truly delicious. With the donor on the bench, the team decided to upgrade their engine first. So they quickly installed K&N intake technology and a state-of-the-art Power Commander control unit. The exhaust gases escape via a hand-made two-in-one piping and an SC-Project muffler.

Then the fuel-injected monster was fitted with new bearings and seals, concluding the powertrain improvements. After the original clothes were removed from the XT660R, the Turks wereted no time in making a unique outfit from scratch. They modified its interior gas chamber to match the proportions of a new aluminum cover, but the fuel capacity remains unchanged at four gallons (15 liters).

On the flanks you’ll find a sexy pair of bespoke side panels embracing the creature’s radiator, while a unique nose fairing can be seen up front. The body spice ends with a sturdy crankcase protector, hand-shaped fenders and a revised buckle-style subframe, on which we spot a quilted leather saddle that has been padded internally.

As for the lighting components, the specimen wears a 5.5-inch LED halo headlight from BikeMaster on the north, as well as a round tail light on the opposite end. In addition, the bullet type front and rear turn signals were ordered from eBay from all locations.

The wheels have been wrapped in beefier dual-purpose rubber, and the original license plate holder has given way to a tidy aftermarket alternative that is attached to the rear fender. Right on top of the aforementioned article, the team at Bunker installed a high-quality luggage rack capable of accommodating a massive hard case.

Needless to say, the abundance of storage space will definitely come in handy when the owner decides to embark on an off-road adventure in the beautiful Taurus Mountains. Finally, the custom BCC phenomenon (nicknamed “Pratik”) was wrapped in a tasteful color palette and Yamaha graphics, seamlessly blending white, black and blue finishes.

The 10 most successful WorldSBK runners have NEVER won a t …