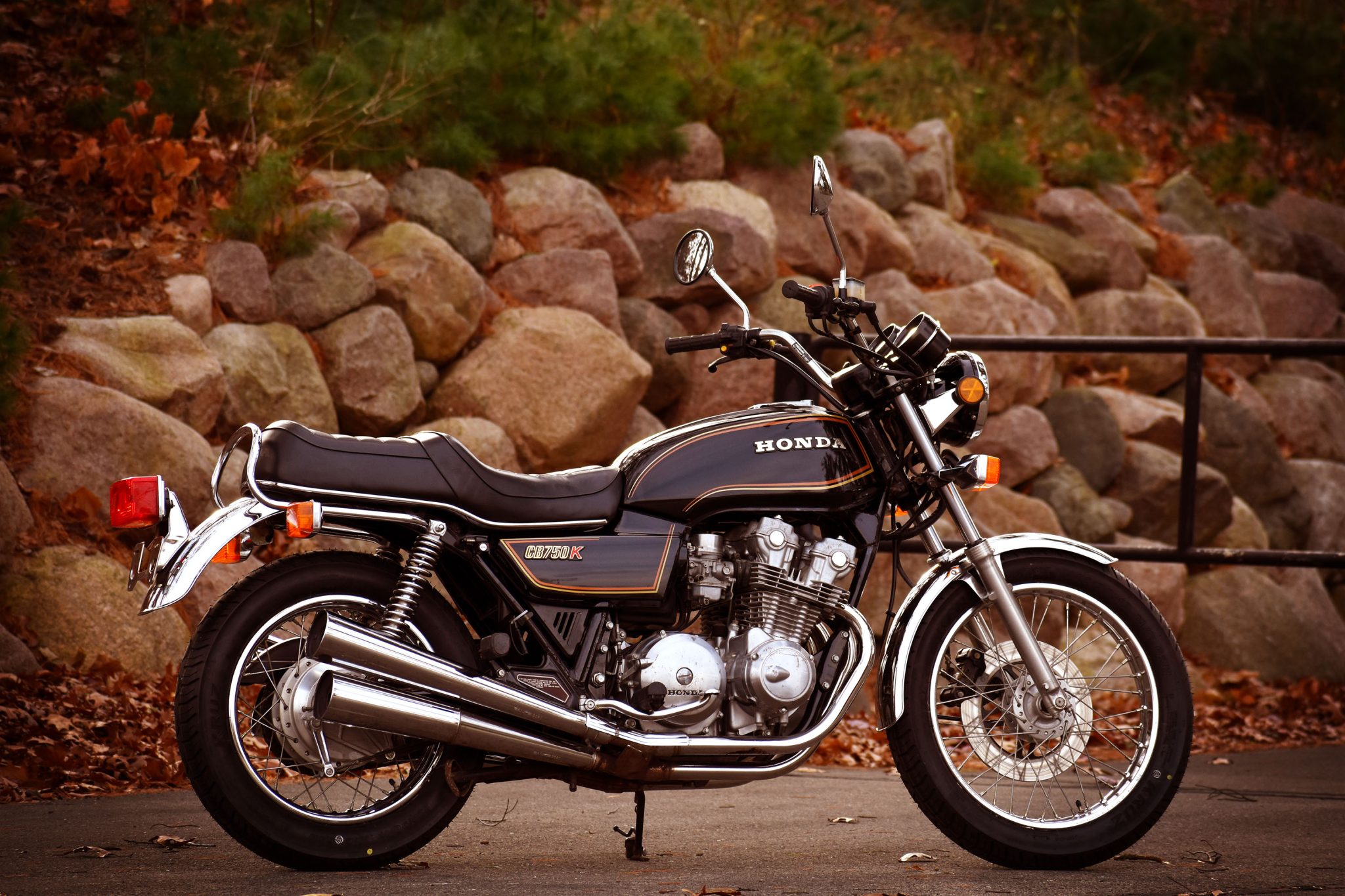 The ancient samurai pictured below may not be entirely unscathed, but he’s pretty darn close.

Honda’s sublime 1981 MY CB750K comes to life with a 749cc air-cooled four-cylinder engine, featuring two overhead camshafts, four valves per cylinder, and a quartet of 30mm (1.2-inch) Keihin carburettors. The inline-four powertrain – which boasts a 9.0: 1 compression ratio – is connected to the chain-driven rear wheel of the motorcycle via a five-speed transmission.

In terms of suspension, you’ll find a set of air-adjustable telescopic forks up front and dual shocks on the opposite end. Now that we’ve covered the basics, we’ll let you know that the immaculate CB750K shown above is up for auction right now!

Before listing it on Bring A Trailer, the seller flushed out the creature’s front brake fluid while its old tires were removed to make way for high-quality Kenda Kruz rubber. When it comes to mileage, the five-digit odometer on this machine indicates that it has driven just under 2,700 miles (4,300 km).

If all that shebang manages to tickle your imagination, be sure to place your bids on the BaT website by Thursday afternoon (January 13), as that is when the online auction. will end. The current auction is registered at a moderate price of $ 3,000, but we bet it won’t stay that way for very long.